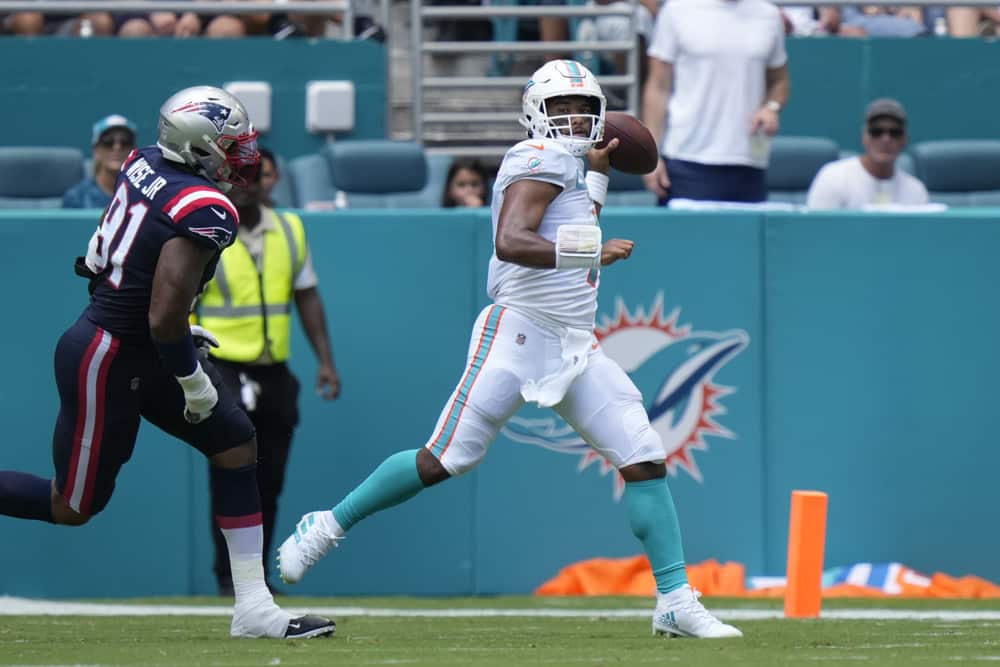 Old-Fashioned Football is back to recap Week 2. Hosts Justin and Miranda Mark go over some “Studs and Duds”. They also look into target share changes with their Market Movers. However, the most important part of your day, they go over Week 3 waiver wire targets. They also decide how much FAAB you should spend on those targets. Justin and Miranda break down which players outperformed their projects, and which were big duds. And not to mention they discuss who dominated the target share of their team and which ones were expected, and which were surprises.

As always, it isn’t all fantasy football as Justin and Miranda drink Legent bourbon and give a full history on the straight Kentucky Bourbon. Find out about this bourbon, its unique blending process, and what the hosts think of it. They also open the mailroom as Justin’s mailroom auditions continue! Which Tua is the real Tua, Week 1 or 2? Who should you pick up just in case Justin Herbert misses games? Would you trade Aaron Jones for Joe Mixon? All this while giving you the best look at your Week 3 waiver wire targets.