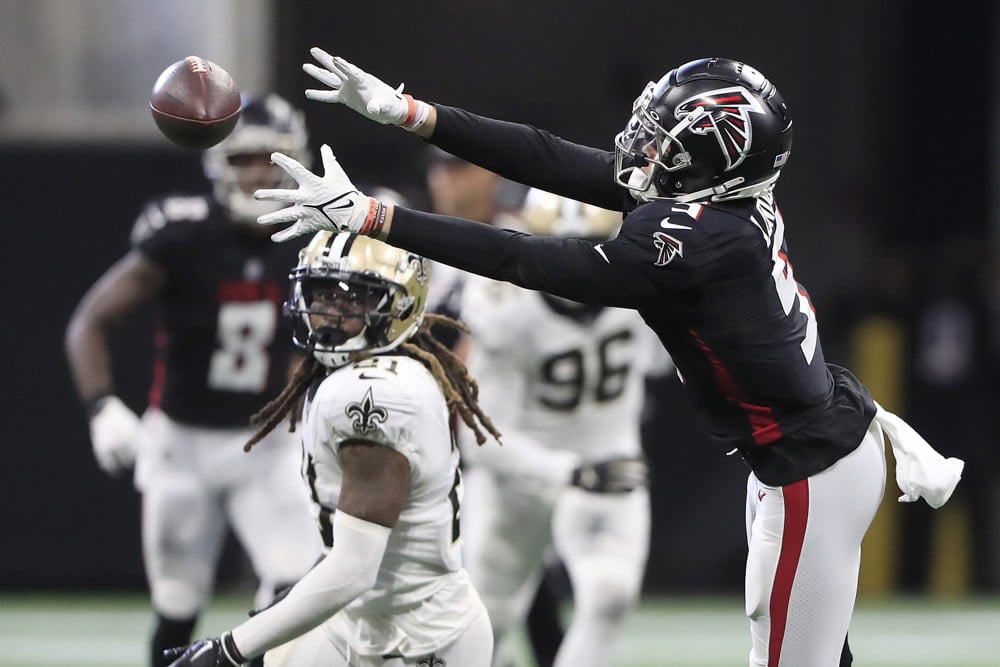 ATLANTA, GA – SEPTEMBER 11: The football is thrown just out of reach of Atlanta Falcons rookie wide receiver Drake London (5) during the Week 1 NFL game between the New Orleans Saints and the Atlanta Falcons on September 11, 2022 at the Mercedes-Benz Stadium in Atlanta, Georgia. (Photo by David J. Griffin/Icon Sportswire)

Each week I will report back on our rookies with progress reports. We will give them a grade each quarter of the season. We can’t completely overreact to week-by-week performances in dynasty fantasy football, but we do need to react. These progress reports should help you identify those who are playing well as well as those showing improvement. It is very easy to get excited about rookies and the unknown that comes with drafting them. This year is a little different with some of the concerns, specifically at Running Back. We also do not have much action at the Quarterback or Tight End positions. A lot of waits and see. That being said, we did have some rookies play this weekend and we had some outstanding performances. We also had some not-so-good performances. Let’s talk about it.

Drake London had a nice performance against a not-so-great matchup. The 21% Target Share is a great start and should offer a safe floor all season. We did see some big plays with him averaging 10.57 yards per touch. We have been spoiled recently with some rookie breakouts, don’t set your expectations too high for any of these rookies. Overall this was a great start, London should be a WR3 or a flex start weekly moving forward.

Garrett Wilson showed us what he can do with the ball in his hands with 13 yards per catch. This is a little harder to grade with the Quarterback situation. Joe Flacco and Zach Wilson have very different playing styles. Joe Flacco is a statue back there and he dumps the ball off quickly. We saw a lot of targets go to the Tight Ends and Running Backs. We should see a lot more of a downfield passing attack when Zach Wilson returns. This will favor both Elijah Moore and Garrett Wilson.

Chris Olave did everything you want with his catches and opportunities. Olave caught all 3 of his targets for an average of 13.67 yards per catch. We would have liked to see him get more involved. This performance is not something to get too excited about if you started him. I do think this is a great sign of things to come for Olave. This guy will demand more targets and he will find his way into the end zone. WynnBet had him over/under at 3.5 touchdowns this season. Expect.  I wouldn’t put him in my lineup just yet, but he is someone you should be considering to start real soon. Don’t fall for any low ball offers and move him based on what could be perceived as a down performance.

Jahan Dotson’s now in the lead per WynnBet for top odds to win rookie of the year. His hyper-efficient start was really impressive. Dotson even had a highlight incompletion on a poorly thrown pass by Carson Wentz. The odds of him keeping up his 34 touchdown pace aren’t as good, but his 13 yards per catch as well as his 88% snap count make him a weekly start.