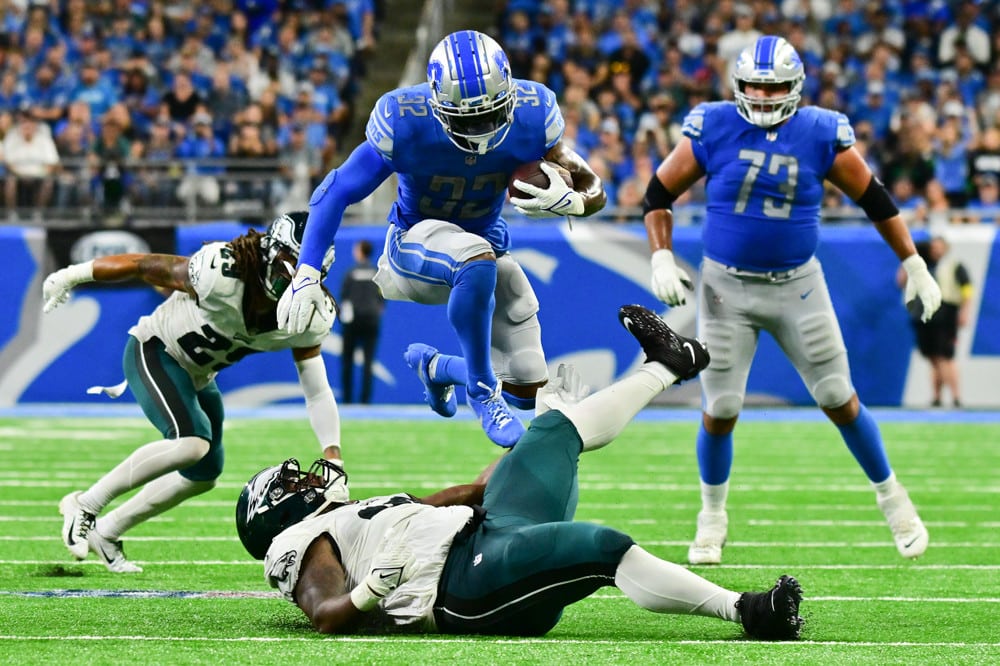 SGPN is here with the NFL Week 2 Fantasy Football Rankings update. It’s time to start targeting some low-hanging fruit for our Week 2 lineups. There were many adjustments from just the first week of the season. Whether we have players returning or battling from injuries, or key positive matchups, we’ve got the tools you need to get an edge over your opponent in Week 2. Be sure to check back every week as SGPN will have the best updates you need to win your fantasy matchups, we’re here for the true fantasy degenerates and rookies alike! Be sure to check out some of our key movers and shakers for Week 2 below. You can also join the rankings conversation on our discord. We’re always talking Fantasy!

Derek Carr did not get off to the best start this season. He had a rough week 1 in Los Angeles against the Chargers. He threw three interceptions but was able to respond with a few passing touchdowns. His production was certainly a letdown as fantasy owners expected him to progress with Davante Adams now rostered. However, there’s good news for Carr owners in Week 2. He’s getting a great matchup up against the Arizona Cardinals. The Cardinal’s defense folded like hot laundry last week allowing the most passing yards in the NFL. Albeit it was against Patrick Mahomes and the Chiefs, the defense never ascended to the challenge of their opponent’s passing attack.

We already saw that Carr and Adams can move the ball up and down the field; I believe the Raiders and Carr will be far more efficient this week in a more than positive matchup. Carr is easily a top ten play this week after what we saw from Arizona in Week 1. The Cardinal’s defense allowed 9.2 yards per catch, if they couldn’t slow down Travis Kelce, I’m not sure why would expect Adams and Carr to struggle.

D’Andre Swift knocked down the front door of the NFL season in Week 1. He ran for 144 rushing yards against the Eagles on just 15 carries. He would also receive three catches on three targets for 31 yards and topped the day off with a visit to the end zone. Swift was a fantasy pick option near the end of the first round or potentially the second depending on your league. However, he showed up like a top-five player at his position to start the year. While he did roll his ankle in the second quarter last week, he was fine and able to finish the game; seems very minor and shouldn’t worry fantasy owners.

Swift and the Lions now shift to the Washington Commanders in Week 2. This is a very juicy matchup and pole volt, Swift, into the top five conversations. Washington allowed 6.8 yards per carry to an underwhelming Jaguars offense totaling 123 yards against on the ground with one touchdown allowed. This is another great matchup for Swift to start the year, he should be locked into your lineups, DFS Slates, and prop bets alike.

Gabriel Davis lived up to the off-season hype in Week 1! He was a pivotal piece of the offense playing 98% of the snaps. For reference, Stefon Diggs only played 64% of the snaps. Davis caught four passes on five targets for 88 receiving yards, that’s 22 yards per catch. He also picked up where he left off in the AFC Championship game and found the end zone. He should be locked into your fantasy lineups with no questions or concerns. Some were skeptical that Davis would fall into the mixture of Bills’ talent, but instead, he’s risen to the top.

The Titans only allowed 188 receiving yards in Week 1, however, they were playing the New York Giants and Daniel Jones, they aren’t ready for the Bills’ offense that completed 83% of their passes in week one. The Titans allowed Daniel Jones to complete 81% of his passes, they’re going to be hurting against the Bills and their deep threats, especially Gabe Davis.

Gerald Everett was a polarizing fantasy pick option this off-season. Seemed like in some leagues we were high on him while in others he wasn’t drafted at all. Everett silenced the critics early in Week 1 as he flashed a big gain to start the game. Everett would also find the end zone and top his day off with three catches for 54 receiving yards. It’s certainly not booming production, but it has him close to the top ten conversations now.

The Chargers will be without Keenan Allen this evening against a tough opponent in the Kansas City Chiefs. I expect that Everett will haul in a few extra catches and still is a high-end touchdown-dependent start option. He’s a perfect fill-in if you’re rostering a hurt player like George Kittle or Week 1 bust like Cole Kmet.