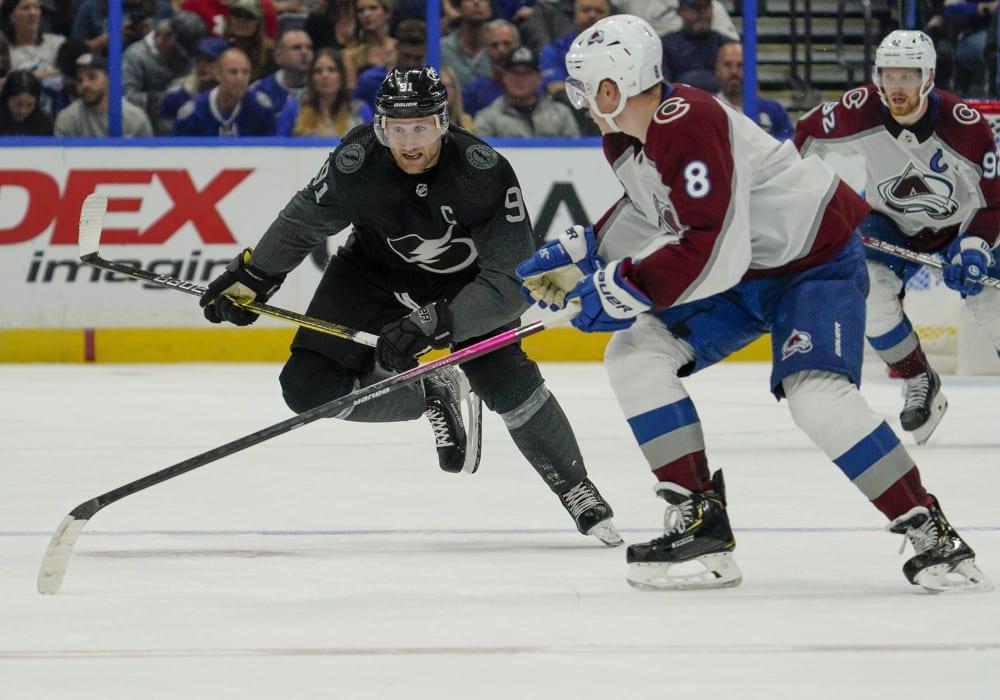 The Avalanche have lost just two games all playoffs with sweeps bookending a 4-2 series win against the St. Louis Blues on their way to the Stanley Cup Final. Colorado has had some of its best games early in the series as well. In their three Game 1s thus far they beat Nashville 7-2 in, prevailed 3-2 in overtime against the Blues, and put up eight goals in an 8-6 win against Edmonton.

On the other hand, the Lightning have seemed to struggle early on. They were shutout 5-0 by the Maple Leafs, beat the Panthers 4-1 (two late PPGs), and lost 6-2 to the Rangers. Will that change in the Stanley Cup Final?

I also expect this to be on the higher-scoring side. Both sides have strong offenses and the Avs will want to come out hot at home.

Makar leads the Avalanche with 22 points in 14 playoff games. The defenseman is taking over as Colorado’s best player as the offensive dynamo is putting on a show in the postseason. He has 139.5 FPTS in just seven home games. That’s an average of 19.92 FPTS per home game, including double-digits in all but one (7.3). He should continue that under the spotlight in the Stanley Cup Final.

Palat has been consistently consistent for the Lightning in the playoffs, especially recently. He put up at least 12.8 FPTs in four straight games and six of his last seven. He plays on the top line with Steven Stamkos and Nikita Kucherov, both players who should be able to put him in a good position to pick up points in the Stanley Cup Final.

Burakovsky is a steal at only $2k. He has been banged up in the playoffs, which likely impacted his price, but he’s slated to skate on the second line with Artturi Lehkonen and Mikko Rantanen in Game 1. Burakovsky only has three points in the playoffs but put up 61 points (22 goals) in 80 regular-season games. I’ll happily take a flier on him at just $2k.