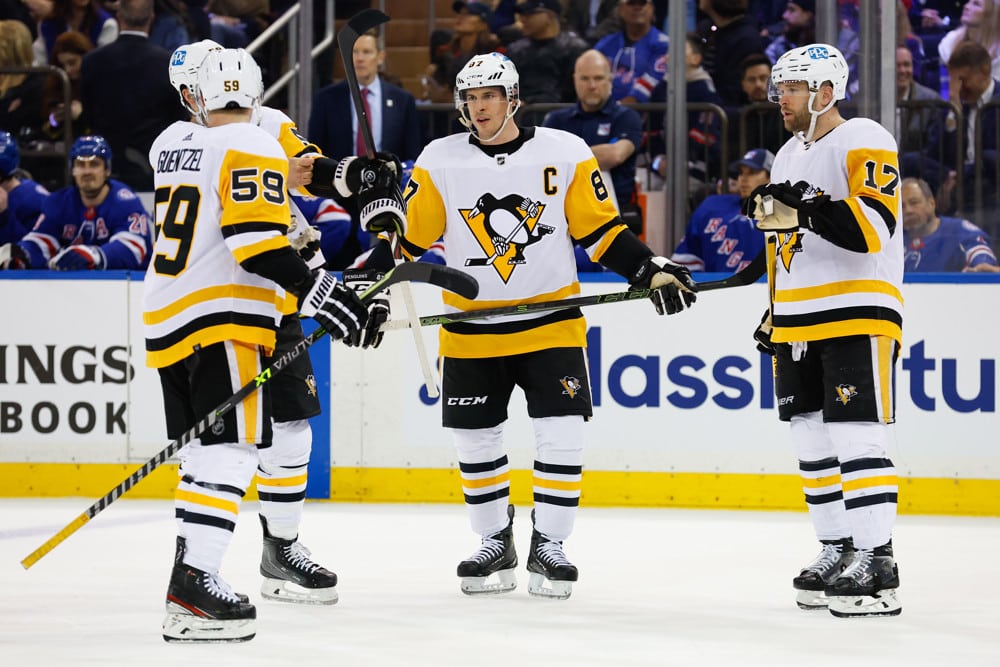 We went 3-0 on our NHL picks just a few nights ago and are back again with more NHL Playoff Picks and Best DFS Stacks. We’re feeling good going into the first weekend of the NHL Playoffs; our picks are clicking, and the profit is rolling in. So keep tuning in daily and join the conversation on Twitter @GamblingPodcast. Share your picks and let us know your best DFS play for Saturday, May 7th.

As we expected, the Panthers bounced back and cashed in an easy -200 return in game 2. As a result, the sportsbooks are again laying -200 in favor of the Panthers. However, the scene shifts to D.C. for game three. Things will get off to a fast start; the home crowd will fuel the Capitals out of the gate. Fans should expect a close game early, but Florida will prevail down the stretch.

I like a 3-2 final in favor of the Panthers, so I’m willing to take action on both sides of this matchup. I like the Panthers ML and the Capitals +1.5. The total is 6.5 goals, but we’re 0-2 to that number in this series. The Panther’s offense has been electric this season, but the Capital’s tenacity and experience have been enough to hold off the Over. So I’ll flip my trend and take the Under here.

The Predators bounced back with a valiant effort in game two, but the better team prevailed. The Avalanche had -400 odds in game two, and thanks to Nashville’s efforts, we get an upgraded -240 rate for game three. Even with the Predators at home, it’s difficult not to slam the Avalanche on the Moneyline. The Predators might be due, but if we’re running with the trends, then Colorado is the pick.

The Avalanche have outshot the Predators 96-51 in this series, including 45 shots in game two. The previous game could have been a lot worse than it was if not for the excellent play in net from Connor Ingram. The Avalanche have one less Road Win(24) than the Predators have Home Wins (25), so the home advantage won’t lean as heavy as some think; Colorado is the real deal!

I feel safest taking the Avalanche Moneyline plus the under in a same game parlay. Those two picks will get you odds of roughly +140 at WynnBet. Of course, I wouldn’t be surprised if the Predators cover the +1.5, but I don’t believe it’ll be on one of my tickets.

The Rangers bounced back in game two and cashed a cool -150 return. They get slightly fewer odds at -125 in game three, but I don’t feel as safe betting them to win on the road. The series has been close, and there has been consistent scoring from both sides. It feels like either team can take any game, and the odds reflect that.

The sportsbooks are laying a trap with the Over slated at six goals even at +100. Both games in the series cleared tonight’s posted total, and I feel confident rolling with that trend. Scoring has been readily available, and both teams have been getting the puck to the net consistently.

The Penguins could take control of this series with the transition to Pittsburgh. I believe the Rangers will split the series on the road, but I’m not sure if tonight is the night they crack the Penguins, we’ll get a better tell on a straight-up pick for game four.

Where did the Stars come from in game two?! How dare they burn down my tickets and rip me the pride of me going undefeated on my card. Dallas owes me money, and they’ve got a good chance to make up for it as the series moves to Dallas. While I don’t trust Dallas to win the game outright, I believe they can help us cash another game total pick.

Coming into this series, I believed the Flames would bring offense and scoring production. Instead, they’ve left me holding the check as Dallas has kept them in check through two games, allowing just 1 goal through six periods of play. Dallas is known for defense and cashing the under, for that matter (U/O 46-36-2), but this play against the Flames has been nothing short of spectacular.

While the Flames are a likely candidate to bounce back in game three, I feel most comfortable taking the Under 5.5 game total. It’s hard to give the Flames our trust until they show us otherwise. Another situation where I’ll get a better feel for a straight-up pick in game four.

While I’m always looking to continue the Avalanche stack, we need to change things up and keep it fresh for the weekend. I’m rolling with a scorching hot stack in Pittsburgh. The threesome totaled 139 DFS points through the first two games of this series. I love the over in this matchup, and I believe Crosby and Guentzel will continue to burn holes through the Ranger’s defense. Letang has a consistent upside playing on the Power Play and his ability to get the puck to the net; he has seven shots in this series. Letang averages 12.3 FFPG, so his floor feels pretty safe with a lower cost of $6,000.

As I’ve said, I really like the Over in this game, and I’m riding with offense on both sides of the matchup. This stack has been profitable through two games in the series, and I like the mismatches they can offer with Srome’s size up the middle, Panarin’s playmaking abilities, and Copp’s ability to finish and clean up the trash, so to speak.

Both Strome and Copp have points in games one and two, and while Panarin was kept off the score sheet in game one, he responded with a three-point game in game two. Panarin and Copp both average double-digit FFPG this season. Strome averages just nine FFPG, but he has double-digit FFPG in six of his last eight games.

Jake Oettinger has offered a bill of consistency through two playoff games. He has just one goal against through 55 shots on net; Oettinger also posted a shutout in game two. He has 44.3 total fantasy points through the first two games, and I believe the Stars’ defense will continue to play well in front of him.

Oettinger has 12+ DFS Fantasy Points in six straight games, and in three of those games, he had 20+. Eleven of his previous 15 starts also hit 12+; he’s a safe play whether or not you believe Dallas will continue to throttle the Flames.