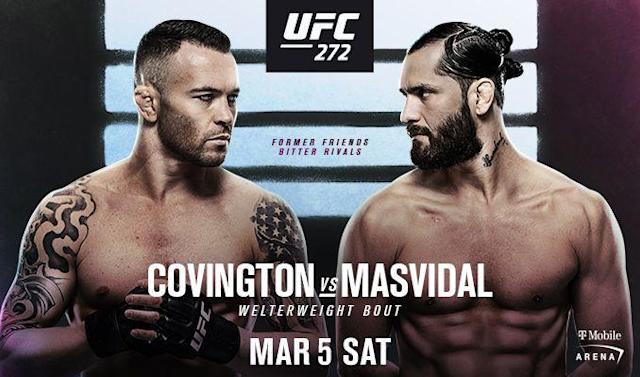 How much of a heater am I on in 2022? I went 7-4 last week at UFC Vegas 49, and it actually dropped my winning percentage down a tiny bit. Time to pump it back up this week with my UFC 272 predictions, guaranteed to all be 100% correct. Let’s go get that money! 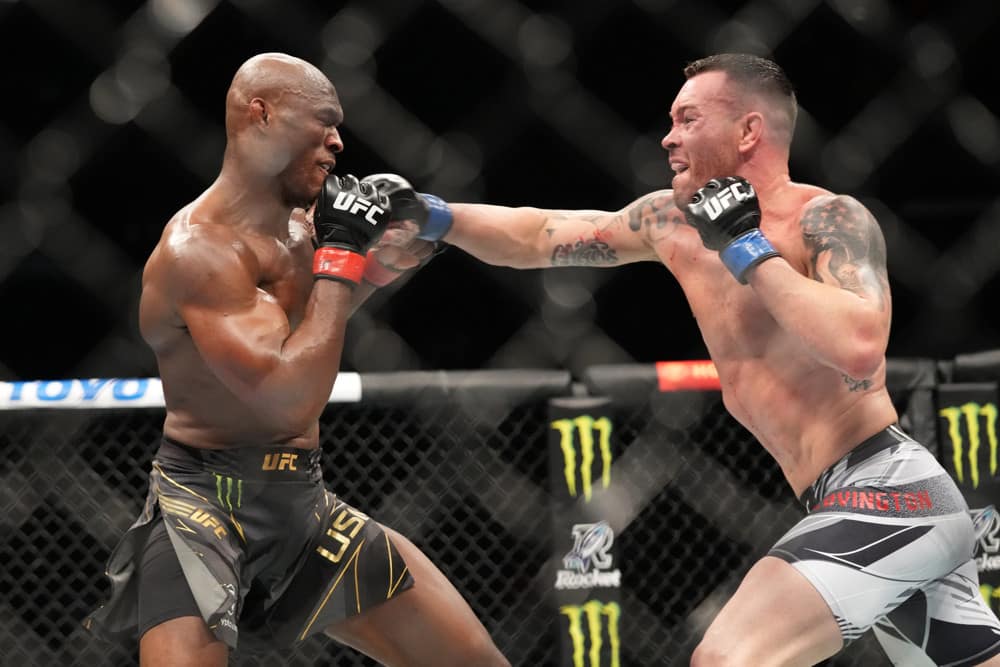 “Former friends. Bitter Rivals.” Whatever. This “grudge” match has the makings of a boring affair, as Jorge Masvidal can not stop Colby Covington from taking him down. ‘Chaos’ will use his relentless, grinding wrestling to take control of this fight and grind himself out a win fairly easily.

I’m going against the stats and taking a very short notice replacement in Renato Moicano to win this hastily arranged 160-pound catchweight fight. His opponent, Rafael dos Anjos, is 37 years old and has been out of action since November of 2020. Meanwhile, Moicano has been on a hot streak, is longer and younger, and has both the striking and the grappling to get the job done here and win us some plus money.

Bryce Mitchell is another fighter who has been on the shelf for a while (October 2020), but I don’t think it’ll matter here. The undefeated fighter is just too good of a grappler to lose, as Edson Barboza struggles against wrestlers and grapplers.

A former middleweight (Kevin Holland) is fighting a former featherweight (Alex Oliveira) in this one, so that’s one reason to back Holland. He’s also younger and a better striker. Going 2-6 over his last 8, the ‘Brazilian Cowboy’ has definitely seen his best days already.

The Greg Hardy experiment in the UFC has to be on its last legs, right? Sergey Spivak has the goods to put another nail in its coffin, as he’s seven years younger and has the grappling to wear out Hardy and drag him into deep water. ‘The Polar Bear’ is the pick.

‘The Tarantula’ Jalin Turner has relied on his grappling his last two fights, to great effect, winning both via submission (he’s actually won three in a row – the fight before that was a TKO win for him). Striking, grappling, size – Turner has all of the advantages over Jamie Mullarkey. 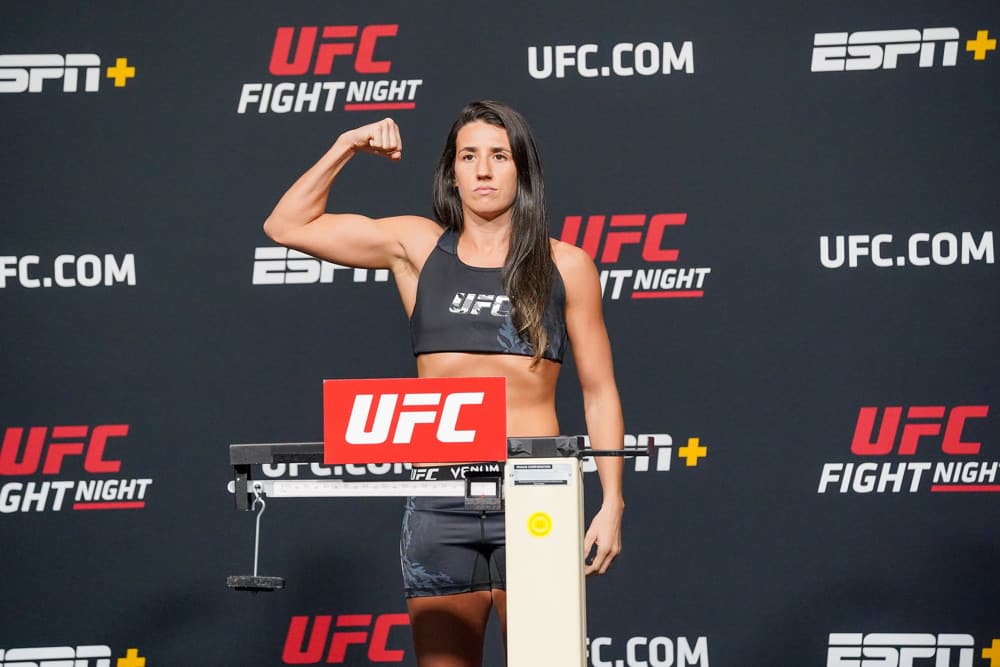 Marina Rodriguez is very, very close to a shot at the UFC Women’s Strawweight Championship, but first she has to get through Yan Xiaonan. It shouldn’t be a problem, as Rodriguez is just that good and hits so hard that she’ll be able to outgun Xiaonan’s more active style.

Kennedy Nzechukwu hits very hard and has five inches of reach over Nicolae Negumereanu. NN won’t be able to escape from that reach in the cage, and Nzechukwu should piece him up on the feet.

The true grudge match at UFC 272 is this one, as Maryna Moroz leveled some explosive accusations at former training partner Mariya Agapova. Agapova is going to get the last laugh here, though, as she’s the better striker as well as grappler.

That famous last name again. There’s no value in betting Umar Nurmagomedov at -750, but he’s my pick to win this fight nevertheless. He’s bigger, longer, 10 years younger, and has the striking and grappling to beat Brian Kelleher.

Time for a big underdog play in Tim Elliott. Elliott’s janky style makes him a tough out in every fight he’s in. And the striking, active striking, and grappling stats are all leaning in his favor in this fight, so let’s roll the dice.

Once again, I’m riding with another guy with the striking, active striking, and grappling stats in his favor in Devonte Smith. Plus, L’udovit Klein has dropped two straight after winning his UFC debut and is stepping in here on short notice. I’m really liking the -155 number beside Smith’s name.

The opener should be a banger between two hard-hitting kickboxers. However, former pro kickboxing champ Dustin Jacoby’s striking is on another level than Michal Oleksiejczuk’s, so he’s the pick.