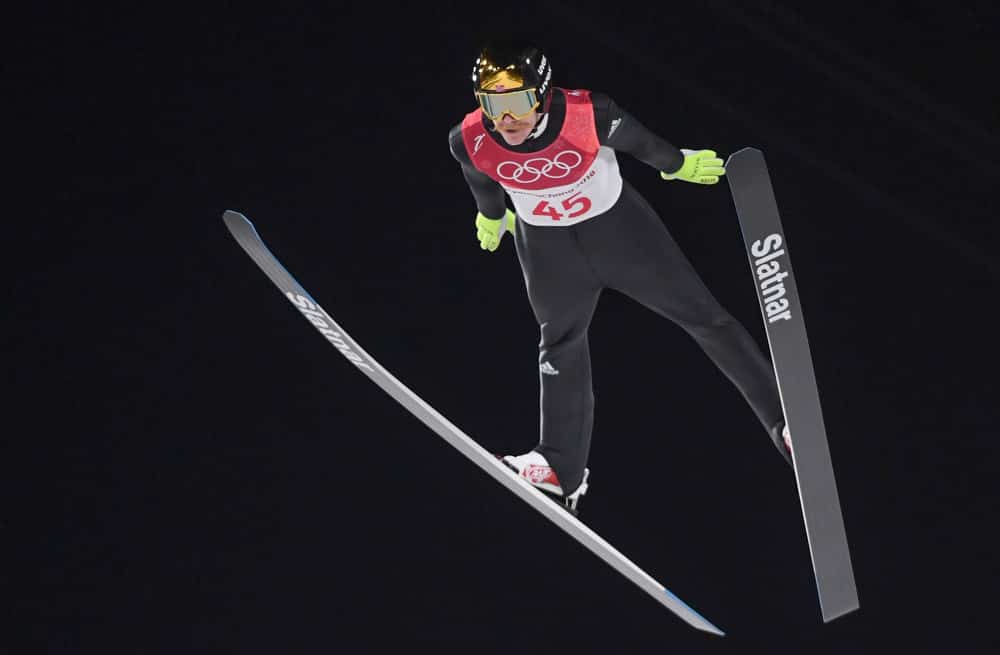 If you haven’t yet discovered Olympic Men’s Normal Hill Ski Jumping, you need to change that quickly. Not only is it a thrill to watch these athletes glide through the air, but it’s relatively easy to learn. What’s more, it’s not overly time-consuming and each run lasts only a few seconds. In fact, you will find yourself quickly estimating the distance the jumpers travel by the third or fourth run. What makes this even more fun, is that you can bet on who will take home the gold medal Sunday. Here are some jumpers to keep an eye out for when you’re placing your bets.

Today is the day, all set for the first training jumps on the Olympic hills @Beijing2022!#skijumping #FISskijumping #Olympics #beijing2022 pic.twitter.com/7QUEDVGRZK

When To Watch: Sunday, February 6th, 7 AM Eastern

Where To Watch: USA, NBC, and Peacock

You can easily consider Ryoyu Kobayashi a rock star of the ski jumping world. With seven wins this season in World Cup action, Kobayashi comes into the Olympic Men’s Normal Hill Ski Jumping event as a clear favorite to win the gold medal. He was the overall World Cup winner in 2019, third place in 2020, and currently sits in second place overall. Kobayashi made some noise last month by winning three of the four legs of the Four Hills tournament. He’s competing in his second Olympic Games, having finished seventh in the Normal Hill in 2018.

Ski jumper Ryoyu Kobayashi has advanced to the finals in the men’s normal hill individual event. He is joined by three other Japanese competitors, including his brother.https://t.co/XjyNXNOXZJ pic.twitter.com/KyxjVU5pIp

He’s made his way easily through the first individual qualification round. In his jump, he fell a meter shy of the 100-yard mark, but still managed to put together a 111.4 point performance. It was good enough to land him in fourth place heading into the second round of qualifications later today. Although, don’t let the position or the distance scare you. In his jump just prior to qualification, Kobayashi ripped off a 106.5-meter jump. What’s more, he made it look effortless. It’s safe to assume that we have yet to see him at full speed. You have to figure that once the stakes get higher, his jumps will get longer.

While the buzz may be surrounding Kobayashi at these Olympic Games, you can’t overlook what Robert Johansson brings to the table. Outside of his amazing mustache, Johansson carries his two bronze medals from the 2018 PyeongChang Olympics. He’s also a former world record holder in ski flying. He earned that record by landing a jump of an astounding 252 meters. Like Kobayashi, Johansson is jumping in his second appearance in the Olympics. He sits in 12th place overall in the World Cup standings and has three wins on the season.

In his first individual qualification round jump, Johansson landed the longest jump of the round at 103 meters. After the final scores were tallied, he found himself in second place, a mere 0.1 points behind his teammate Marius Lindvik. Johansson looked comfortable in the air and stuck the landing. Where it may have seemed like Kobayashi was laying back, Johansson seemed out to prove to the field, that he’s a contender.

Sometimes, all it takes is one solid jump in order to take home the gold medal and Manuel Fettner did just that to start the qualification rounds. The Austrian managed a sixth-place finish with the third-best distance in the round. His 102-meter jump put him in the mix with the heavy hitters in the field. Fettner does not have the same impressive resume that some of the other competitors have above him. He comes in ranked 18th overall in the World Cup individually. That said, he has two wins over the last three team events. He’s certainly wasn’t on too many people’s radars before this event. That said, his performance Friday night may have landed him there.

With four wins so far in the World Cup, Karl Geiger trails only Kobayashi for the top spot. In the Olympics, he is considered one of the favorites to win the gold medal in both the Normal Hill and the Large Hill events. Geiger has tasted victory over the last two weeks with two wins on the Hochfirstschanze on the 22nd and 23rd of January. In his last Olympic appearance, Geiger placed 10th in this event.

His jumps so far have not been stellar. Of course that could very well be due to the fact that he has little doubt, he will earn a chance to jump for a medal. Look for him to step it up some over the course of the next two days. He’s a proven winner and will likely bear down when the situation calls for it. He and Kobayashi have gone toe to toe all winter long. When it’s all said and done, it may come down to them for this title as well.

After the first qualification round, Marius Lindvik sits as the top jumper in the field. He soared 100.5 meters on his jump, scoring 116.7 points in the process. He was the last jumper to notch a World Cup win before the Olympic break. Lindvik held off Karl Geiger to take down the event in Willingen. He’s got plenty of momentum and seems poised to make a run towards Olympic gold.