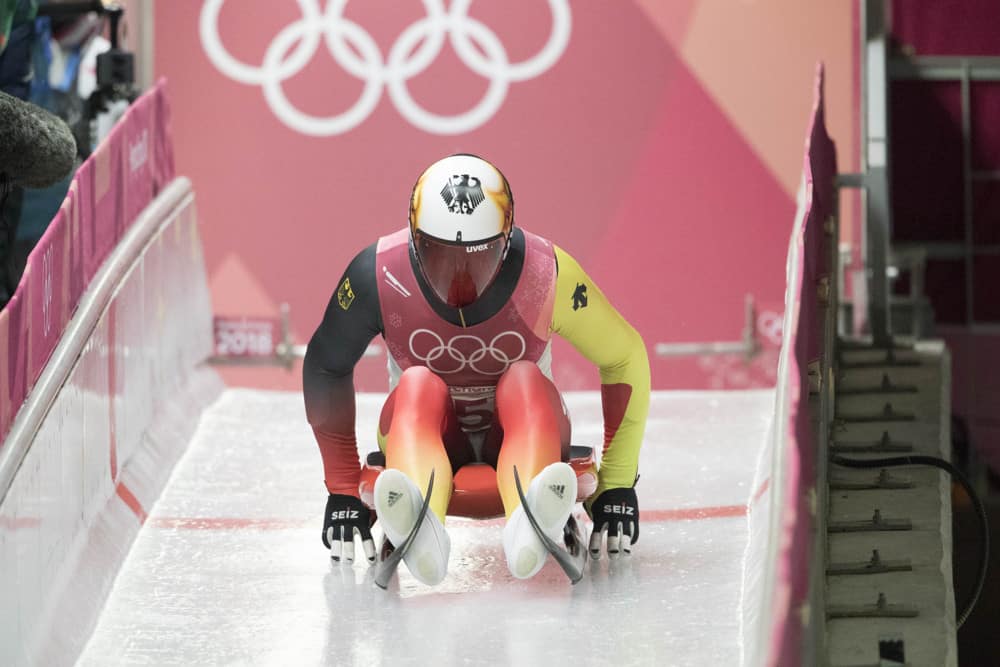 It’s once again time for the world to showcase its greatest athletes as the 2022 Beijing Winter Olympics begins this week. From hockey to skiing, and yes, even curling, there is plenty of betting action to enjoy. Here is a breakdown of what to expect from this year’s Winter Games and how you can get in on the fun.

The official opening ceremonies for the 2022 Beijing Winter Olympics will not take place until February 4th. That said, sports like curling, alpine skiing, freestyle skating, the luge, ski jumping, and hockey will begin as early as the 2nd. Most of the earlier dates are qualifiers and preliminary rounds. The games wrap up on the 20th with the official closing ceremonies.

Each winter, there are those sports that stand out amongst the rest. These are synonymous with the colder cousin of the Summer Games. Of course, we are talking about ice hockey, figure skating, and skiing events. As one would expect, the lines for these are trickling out and heavily debated already. To get you primed, here is a brief overview of some of the odds that are already out there. Keep your eyes open as more start to appear as we get closer to the games themselves. As you’d expect cold countries like Russia, Norway and Canada often do very well. Team Canada are priced at 1.95 with Betway to get 22 medals or more.

Heading into the preliminary rounds on the 3rd, the ROC is the favorite to win the gold medal in the men’s division. They enter the competition as the returning champs from the 2018 PyeongChang Games. On top of that, their roster contains six players from that gold medal team. Despite being the favorites, the ROC is still priced at plus money with +160 on most books. Finland (+400) has the next best odds at winning the gold. Their roster is anchored by NHL veteran forward Valteri Filppula. Germany, who won the silver medal in 2018 comes in at +2000 for the gold. Team Canada took home the bronze medal and is +700 to win it all. For those keeping tabs on the USA, they were beaten in the quarterfinals in Korea. They come in at +1600 to stand at the top of the podium.

The last time a Women’s Hockey Olympic champion was crowned, it was in dramatic fashion. In that gold medal match, the United States stopped an impressive 16-year reign by Canada as the top team in the Olympics. In a shootout, Team USA claimed their first taste of gold in 20 years. As such, the red, white, and blue are locked in as the favorite to repeat their 2018 success. Currently, they -115 for the gold. Right behind them are the Canadians with only a slight dip at -105 to reclaim their throne. Worth noting, these are the only two teams to have won a gold medal in Olympic history. A fun underdog story to watch is the Czech team who are making their first appearance in the Olympic Games. They open as 3.5 point favorites against China.

Who's ready for the women's #WinterOlympics opener against Finland?!#TeamUSA 🇺🇸 pic.twitter.com/GdpI51pEa8

At the spry young age of 41, Aleksander Aamodt Kilde of Norway took down the most prestigious race on the World Cup. By winning the Hahnenkamm downhill in Kitzbühel, Austria, he solidified his position as the odds on favorite to win this year’s gold medal. The bet still favors the bettor though, as he is listed at +250 to take home Olympic Gold. Right behind him is 34-year-old Beat Feuz of Switzerland. His Sunday victory in Kitzbühel has put him at +300 to win it all in Beijing. The highest favored skier from the US is Ryan Cochran-Siegle. At +3500, Cochran-Siegle is competing in just his second Olympic Games. He failed to reach the Top-10 in any Alpine events in the 2018 Games.

This event features one of the few American favorites. Mikaela Shiffrin will start the 2022 Olympic journey as the one to watch in the Giant Slalom. She is tagged at +250 for the gold medal. So far, she has overcome Covid and a torrid publicity schedule to ever get to Beijing in the first place. Betting on her might be tricky here, or anywhere for that matter, given that she will be stretched pretty thin in these games. She is currently set to compete in at least five different events over the course of the month. If you are looking to ride the hot hand, Sara Hector (+275) is it. Hector has three World Cup victories this season. The latest of which came last Tuesday at Slovenia’s Kranjska Gora.

The Games You May Not Know

If you dig a little deeper though, you’ll find that there are several below-the-radar sports to place some bets. For instance, you can try your hand at curling. This article will not dive into that as we already have an extensive breakdown of the sport. You should check it out. Outside of that, there is Bobsleigh, the Luge, and even the Biathlon. There will be more Biathlon coverage to come as well, so stay tuned for that. It’s always fun to wander off the beaten path a little. Here’s a small taste of some of the action on the roads less traveled.

Team USA boasts the top two favored women to win the gold medal in the Monobob. Elana Meyers Taylor (+225), recently tested positive for Covid so keep an eye on the reports for her availability for the event. Thankfully, her run is not set until February 14th, so there should be time for her to turn in a negative test and compete. She has two silver medals from the 2018 and 2014 Olympics to her credit and a bronze medal from the 2010 games. Kaillie Humphries (+300), will be competing as a member of Team USA for the first time in her career. Although, she is no stranger to the sport, or the Olympics. For the last three iterations of the Olympics, Humphries has donned a maple leaf on her uniform. She’s a two-time gold medalist in the Two-Woman event. This 2022 Beijing Winter Olympics Betting pick shows potential.

The heavy favorite in this event is Johannes Ludwig of Germany. He sits at +180 to win the gold medal. His next closest competitor is teammate Felix Loch who is at +350 to win it all. Ludwig recently took home his first crystal globe as the overall luge World Cup champion two weeks ago. His last two runs of the circuit were both Oberhof track records. He and Loch are far and away each other’s toughest competition. The rest of the field begins with Wolfgang Kindl. The Austrian comes in at +700 to topple the Germans and win first prize. If you are looking for an American to back, Chris Mazdzer is your guy. In 2018, he brought back a silver medal in the men’s single luge. He is the only American to ever medal in the event. He’s a +10000 long shot to improve on his performance in Korea.