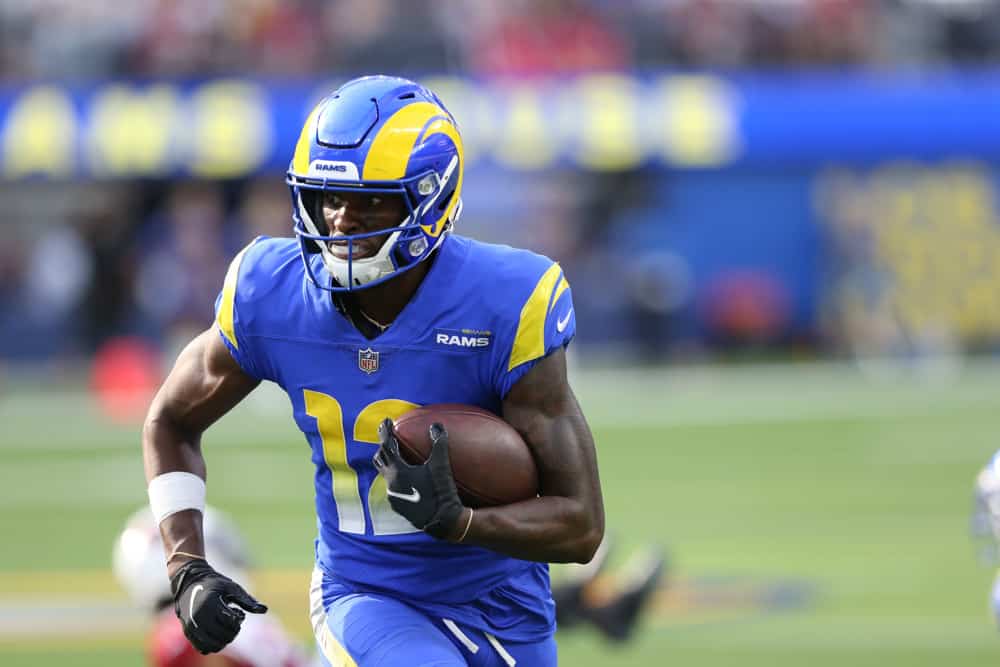 As we draw closer to the fantasy playoffs every point matters, finding the perfect players to stream can mean the difference between a playoff berth and an early tee time.  With four teams on byes this week including the Detroit Lions, Washington Football Team, Tampa Bay Buccaneers, and Seattle Seahawks our lineups are suffering. As a result, many players are looking to fill voids in their lineups. I am here to help you navigate through the smoke and find the right players to stream.

Although Davis Mills has looked impressive at times, the 1-7 Texans have announced they are starting Tyrod Taylor this Sunday at Miami. This is great news for all the fantasy assets in this offense. In Week 1 Tyrod Taylor produced 23.6 points while throwing for 291 yards and 2 touchdowns. He would also add 40 yards on the ground.  He would go on to put up 16.5 against the Browns in Week 2 before his injury. This week in his return he will face a defense that allows the 6th most passing yards this season.

Along with this, the Dolphins average over 17 points per game to quarterbacks.  In a game that I expect both teams to score heavily, I expect Tyrod Taylor to put up high-end QB2 numbers this week. The best part is that he is only rostered in 5% of ESPN leagues. This makes him one of the best options among all streamers heading into a busy Week 9.

Currently the QB19 on the season, Teddy Bridgewater has had his up and down weeks this season. He is averaging 16.5 points a week, however, in games that turned into shootouts, he has scored 19 or more points every time. This week the Broncos are traveling to Dallas where they will meet a fresh Dak Prescott-led offense. If the Broncos have any hope of keeping up with this high octane offense Teddy Bridgewater will be called upon a lot. With this and the second week of Jerry Jeudy, I expect Teddy Bridgewater to outscore his season average.

High-end QB2 numbers are the most likely outcome for him this week, as he faces a Dallas defense that has allowed over 18 points a week to the quarterback position. With his rostership being only 28 percent in ESPN leagues he ranks highly among streamers in Week 9.

With the unfortunate news of Robert Tonyan, the Packers will need to fill a red zone void. Although Robert Tonyan has regressed this season he has still had many viable weeks. Last week we saw Marcedes Lewis snag an amazing one-handed grab in the back of the end zone called back. I expect there to be a timeshare with Marcedes Lewis and Josiah Deguara, so the upside is somewhat limited. However, in a tough tight end landscape, a single touchdown gets you a top 12 tight end.

Facing off against the Kansas City Chiefs with no Aaron Rodgers at the helm, I expect the tight ends to be targeted in the red zone.  The Chiefs currently allow over 14 points a week to the tight end position, this is seventh-worst in the league. I expect a low-end TE1 week from Marcedes Lewis this week. The best part is he is available in every league most likely, as ESPN has his rostership listed as zero. He is a solid player to stream this week if you’re missing your top tight end.

The takeover has begun for Pat Freiermuth, he has begun to push Eric Ebron out of the lead role. Over the past two weeks, he has seen 14 targets, he has caught 12 of them and produced over 90 yards and a touchdown. This all equates to 21.7 half PPR points. He has become a reliable target for Ben Roethlisberger all over the field. This week they host the Bears who have been struggling this season against tight ends. As they are allowing over 930 yards receiving to them which is 6th worst in the NFL.

PAT FREIERMUTH ON FOURTH DOWN FOR THE LEAD 🤯🤯🤯pic.twitter.com/cVQwqAWpfJ

The Chicago Bears are second-worst against tight ends allowing over 15 points a week to the position. I expect Pat Freiermuth to see around 7 targets, the opportunity for a touchdown will be there as well.  He is only rostered in 19 percent of ESPN leagues. This is why he is one of the best streamers in Week 9.

In a week where the Dolphins face off against a struggling Texans team, I expect a big day out of Jason Sanders. This game has the feeling of a shoot-out. The Texans are getting starter Tyrod Taylor back this week, this will result in a more efficient offense. I expect both teams to come out passing and we should see a higher scoring game, this is perfect for Jason Sanders.  One of the best kickers in the league last season has had a down year. However, I expect him to right the ship this week and produce Kicker 1 numbers in a favorable matchup.  He is currently only rostered in 42 percent of ESPN leagues making him one of the top streamers in Week 9.

The #Titans win in overtime 🔥

The Titans draw a tough matchup in the Los Angeles Rams this week. However, the Titans have looked improved over the last three weeks. The loss of Derrick Henry may prove too hard to overcome in the red zone this week. I expect the Titans to call on Randy Bullock at least a couple of times this week. Along with this and the fact he is 7 for 7 over the last four weeks and produced three double-digit weeks. He is as consistent as they come right now. Right now he is only rostered in 32 percent of ESPN leagues, so he is the perfect player to stream this week.

Even with the return of Tyrod Taylor, I expect the Houston Texans to have some growing pains. Last week the Dolphins’ defense looked good against a top-notch offense in the Buffalo Bills. Although they did not produce a ton of fantasy points, last week was the only week they have not recorded a sack all season. They did though force a fumble for the third straight week. This defense is loaded with talented players and it appears they are getting back to the 2020 version. I expect them to get back on track. They will have a chance to produce multiple sacks and turnovers against a struggling Texans team. They are one of the best defenses to stream this week, as they are only rostered in 18 percent of ESPN leagues. Roster this defense as one of your Week 9 streamers.