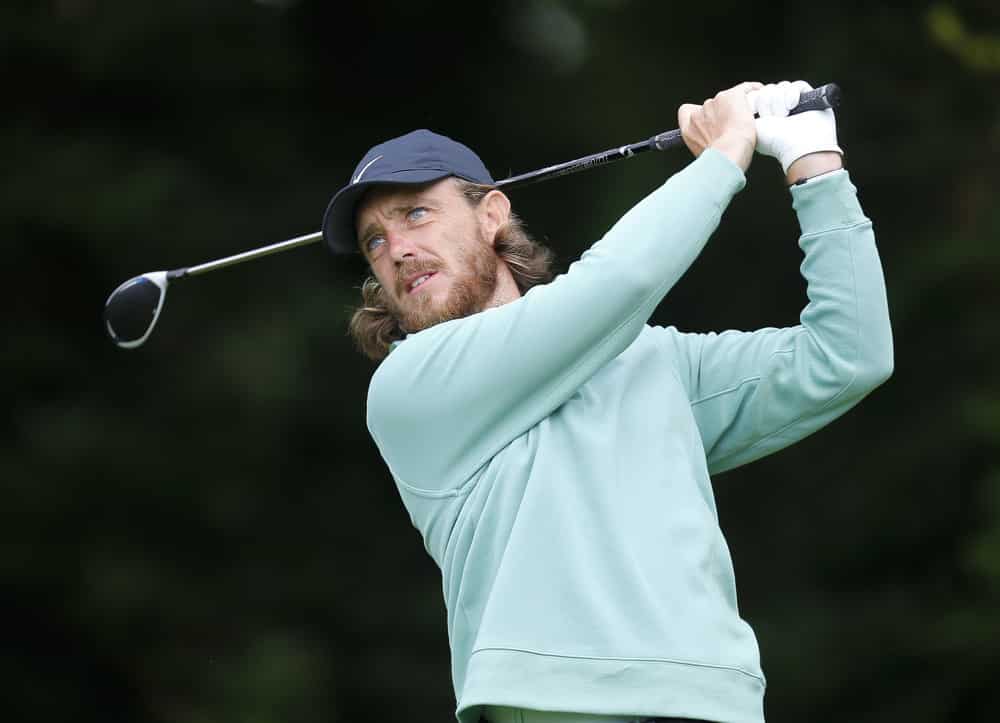 For those who missed it, check out the ZOZO Championship Preview and Betting Strategies for the types of golfers you should look to target for your picks. Using that as a guide, let’s take a look at some of the best bets to make this week. Here are my picks for the ZOZO Championship (odds courtesy of BetMGM).

Narashino CC is a traditional Japanese golf course. Much of Japanese golf courses are influenced by the British. As such, the central theme for outright this week will be those who typically play well on positional golf courses like ones found in Europe and a select few on the PGA Tour. It’s those that reward solid, precise, and consistent ball striking that should be a good comparable to how Narashino CC will play this week.

A common (and valid) criticism of Tommy Fleetwood is the disparity in performances overseas and in the United States. Over the last two years, his finishes and statistical performances in Europe are much stronger than those on the PGA Tour. For whatever reason, Tommy has not been able to replicate solid ball-striking performances in Europe to when he steps onto the first tee box at an American golf course.

So maybe taking on a narrow golf course that rewards solid, consistent, and precise ball striking is what Fleetwood needs to finally get his first PGA Tour win. This type of golf course has given Fleetwood success both on the European Tour and the PGA Tour. And he enters this tournament in pretty good form. Over his last 12 rounds, Fleetwood is gaining 1.08 strokes per round with his ball-striking. He also hit the ball pretty well tee-to-green in three of four rounds last week at the CJ Cup. He performed better than the T38 finish indicates. Start off your betting card by picking Tommy Fleetwood to win the ZOZO Championship.

Golfers to target this week are players who display very solid ball-striking statistics. This is literally the antithesis of Alex Noren’s recent form.

So why do I like him to win the ZOZO Championship? Because he has tended to hit the ball better on the more positional golf courses on the PGA Tour schedule. Places like Innisbrook, Harbour Town and Waialae aren’t driving contests like so many other venues on the PGA Tour are. Noren has good success at all three places. And like Tommy Fleetwood, there’s a big disparity between his performances on British and European golf course setups to American ones. If the golf course suits his eye, he can parlay that with lethal putting on bentgrass greens. He’s had a few strong finishes over the last couple of months. Maybe this is the one that finally gets him over the hump.

Several members of #TeamNoPutt fared well at the 2019 ZOZO Championship. So why can’t a similar player like Emiliano Grillo get into contention? Grillo’s overall ball-striking numbers are some of the best in the field. And he has tended to show better on the PGA Tour setups similar to that of Narashino CC.

For Grillo, it will come down to if he’ll roll in enough putts. Throughout his career, Grillo hasn’t been a complete trainwreck on bentgrass. And he’s had some acceptable putting performances in recent memory to inspire confidence he actually can do it. Maybe take him Top 10 at +300 in case we get the same old Grillo on the greens. But given how talented he is tee-to-green, he definitely can ball strike his way to the win.

Most golf gamblers only have access to strokes gained stats from the PGA Tour. Looking at just those, Matt Wallace doesn’t look so bad. But for those who have an inside look from his recent performances on the European Tour, it’s a horror show. Starting with The Northern Trust, extending across two European Tour events, and ending at the Sanderson Farms Championship, Matt Wallace was one of the worst players out there. Absolutely nothing was going right for him. Ball striking, chipping, and putting were all a disaster.

And then out of the blue, he finished T14 at the Shriners Children’s Open. And he gained strokes in all four categories. The ball striking was solid. And he rolled the rock pretty well. He showed a great combination of length and accuracy off the tee as well. Did he shake off an injury? Did he meet with his coach to work out the kinks? Whatever happened, Wallace’s game turned around overnight from a pitiful missed cut at the Sanderson to a T14 at Shriners one week later.

If Wallace has truly righted the ship, he’s underpriced given the talent in the field. And Matt Wallace should be quite familiar with the style of golf course that Narashino CC is. Wallace grew up near Wentworth, a golf course astatically similar to Narashino. There are several other narrow, tree-lined positional golf courses within miles of where Matt Wallace grew up too. And he’s had pretty decent success on these types of positional golf courses both on the PGA Tour and the European Tour. Wallace is flying under the radar this week. At 66/1, he’s worth a pick to win the ZOZO Championship.

Jhonattan Vegas is a popular pick to win this week because of his recent form and awesome ball-striking stats. I just doubt he can roll in enough putts to get a victory. Not only is Vegas a horrible putter overall, but he’s also terrible on bentgrass. Nevertheless, he’s more than capable of ball striking his way to a good finish. He’s worthy of a Top 10 prop pick at the ZOZO Championship.

Top Korean Golfer is essentially a three-ball between Si Woo Kim, K.H. Lee, and Sung Kang. Though Sung Kang played well at the last ZOZO at Narashino, I don’t have a ton of confidence in his ball-striking to replicate it. And Si Woo Kim is a mess right now. His ball-striking has been erratic, he’s been awful around the greens and is ice cold with his putter. Meanwhile, K.H. Lee is in good form and showing solid and consistent ball striking. He doesn’t get in trouble off the tee too much, and he’s hitting the ball great with his irons. He’s the pick to be the Top Korean at the ZOZO Championship.

There’s been a lot of unheralded Japanese golfers thrown around this week as sleepers. Whether it be recent success on the Japan tour or their green in regulation rates against inferior opponents, some are turning into trendy sleepers.

At the end of the day, however, their boosters probably have never seen a shot from any of them. There’s a reason why only Hideki Matsuyama has managed to break through into the mainstream – because he’s so damn good. He’s better than all of them. And he’s offered at plus odds against the entire field of Japanese golfers? Sign me up. Bet that prop that Hideki will once again reign supreme over his Japanese peers.

This prop is essentially a head-to-head between Roger Sloan and Mackenzie Hughes. Some people assume that Mackenzie Hughes is this short and precise ball striker. It’s actually the total opposite. Mackenzie Hughes is one of the least accurate ball strikers in the entire field. He’s totally erratic off the tee and atrocious with his irons. He has to be a great scrambler and putter because he constantly finds himself in horrible spots to save par. If it weren’t for that, Hughes might not have status on the PGA Tour anymore. The tight, narrow Narashino doesn’t seem like a good match for Mackenzie Hughes at all. Meanwhile, Roger Sloan does a nice job keeping the ball in play off the tee and is an OK ball striker with the irons. Expect him to be the low Canadian at Narashino.

Like a few players mentioned above, Chris Kirk tends to raise his game on positional golf courses that reward consistent ball striking. Chris Kirk was the poster child for consistent, high floor low ceiling ball strikers in 2021. Some books have him at 40/1 to win, but if you can find him around 55/1 or 60/1 he’s worth a stab at an outright.

Regardless, this matchup pairs him up against Charley Hoffman. Hoffman’s ball-striking has really slipped over the last few tournaments. He’s struggled to find consistency both off the tee and with his approach shots. He’s also very erratic with his driver. That’s not a good recipe for success at Narashino. Kirk is the better ball striker heading into this week. Expect him to beat Hoffman straight up at the ZOZO Championship.