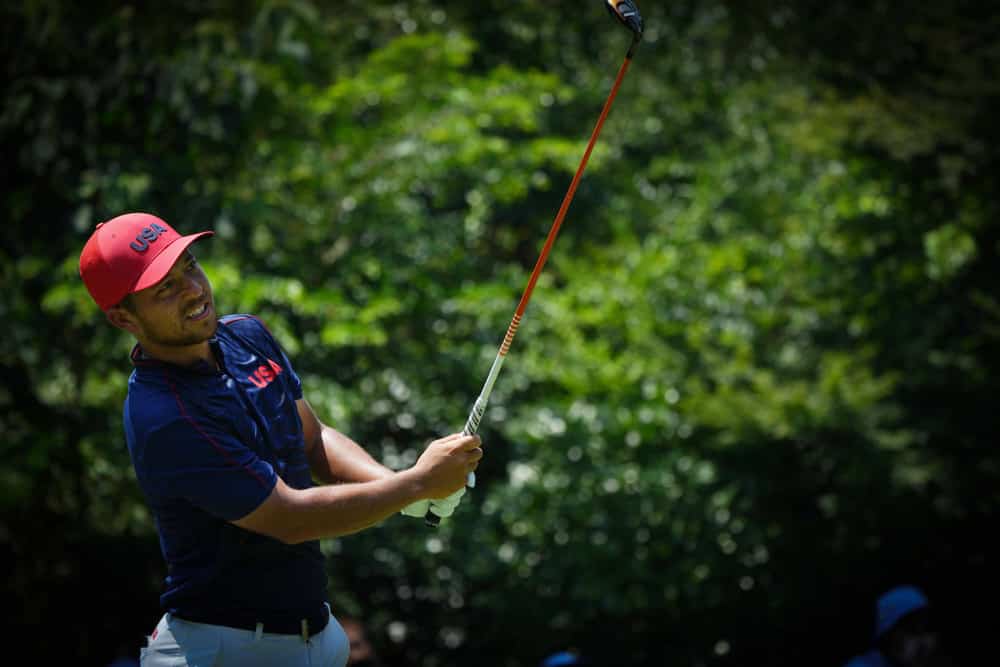 The PGA Tour returns to Asia for the first time since the COVID pandemic. A top heavy field takes a trip to Japan for the 2021 ZOZO Championship at the Accordia Golf Narashino CC. As always, here is your early deep-dive of the ZOZO Championship and a preview of how to bet.

A big purse attracted a very strong field to the 2019 ZOZO Championship. But because many good players competed in Las Vegas last week, most of them don’t feel inclined to take a red-eye over to Japan. While there are a few good names near the top, this isn’t as deep a field as the CJ Cup was.

Headlining the tournament is Xander Schauffele. Schauffele is coming off a disappointing finish at the CJ Cup and was a relative non-factor all week long. However, he’ll still be a popular pick this week because his most recent win came in Japan. And there’s always those who buy into the (fake) take that Xander Schauffele is only good in limited field events. If he wins this week, that’ll do nothing to dispel that narrative.

Other notables in the field include Hideki Matsuyama, Collin Morikawa, Paul Casey, Tommy Fleetwood, Rickie Fowler, and Will Zalatoris.

After a one-year hiatus, the ZOZO Championship returns to the Accordia Golf Narashino CC in Chiba, Japan. The Narashino Country Club opened in 1965 during the height of the Japanese golf boom. After World War II, Japan sought ways to recover economically. Japan turned to golf to rebuild its coffers. The game of golf became very popular for businessmen to either enjoy a leisurely round away from their job or to take their clients out on the golf course. Between 1958 and 1979, almost 1,300 golf courses were built in Japan.

The Narashino CC is a very traditional Japanese design:

Almost all urban and suburban golf courses in Japan (especially around Tokyo) are very tight and tree-lined tracks. Narashino CC is no exception. The architects wanted to hide as much of the urban sprawl as possible by surrounding each hole with walls of trees to make the player forget about their long work hours. This helps the golfers forget their strenuous day jobs for just a few hours to enjoy both nature and their round. As such, all holes at Narashino play very tight tee-to-green. The fairways are very narrow and are surrounded by a wall of tall trees. Holes are designed to prevent players from hitting over the top of them. Everything is played directly out in front of the player. Any shots offline present poor or obstructed angles into the green.

Another prominent feature of Japanese golf is the double green system. Instead of building one large green complex of one grass type, the architects often build two smaller ones. One green is of a summer species of grass (i.e. Bermuda or zoysia) and the other with a winter species (i.e. bentgrass). This ensures that golf can be played all year round and in all varieties of climates. It also gives the golf course a bit of flexibility with pin setups and prevents greens from being too trampled down by foot traffic. For this tournament, the bentgrass winter greens will be played. They’ll also roll at 11 on the stimpmeter.

The only stats kept at the 2019 ZOZO Championship are more traditional ones like driving accuracy and green in regulation %. On the week, the field hit only 54.7% of their fairways. That’s well below average on the PGA Tour. However, players still were able to hit the green in regulation 67.6% of the time. That’s about average for PGA Tour standards.

The 2019 ZOZO Championship had no strokes gained data. And there won’t be any for 2021. Gamblers must find other ways to handicap the tournament. And anytime there’s a lack of data or course history, gamblers freak out. The lack of data makes it difficult to preview the ZOZO Championship.

The first place to start is to figure out what types of clubs players hit off the tee. I went back and watched every shot of Tiger Woods’ final round at the 2019 ZOZO Championship and see what Tiger hit off the tee on the 13 Par 4’s and 5’s. On the Front Nine, the golf course demanded more positional golf. Tiger took less than driver on 3 of 6 Par 4’s and 5’s on the Front Nine. Laying back off the tee on these holes put Tiger in the correct position on the dogleg for a short to mid-iron into the green.

However, the Back Nine was a different story. Four of the 5 Par 4’s played over 480 yards. It demanded a player hit their drive long and accurately. Otherwise, players found themselves woefully out of position off the tee. Ironically, the only time Tiger pulled less-than-driver off the tee was the Par 5 18th. But that hole doglegs about 270 yards off the tee. There’s no choice but to keep the driver in the bag.

In all, Tiger hit driver on 8 of 13 holes. Some people (including me) assumed by looking at this course that players would often sacrifice distance for precision off the tee. Not true. Overall, Narashino requires players to hit the ball long and straight off the tee. Players who were erratic did not fare well at the tournament.

The Top 10 was mostly populated by players who had driving accuracies well above average on the week. Of the 12 players who finished inside the Top 10, only Sungjae Im (usually a very accurate player) and Byeong Hun An finished at the back half in driving accuracy in the field. The Top 10 was comprised of players who are either very accurate or very efficient drivers. Tiger Woods, Hideki Matsuyama, Rory McIlroy, and Xander Schauffele typically finish towards the top of Strokes Gained – Off-the-Tee annually. Other players like Corey Conners and Gary Woodland have a good combination of length and accuracy off the tee. And Billy Horschel and Charles Howell III both finished inside the Top 100 in driving accuracy on the PGA Tour in 2019.

Another common theme of the Top 10 of the 2019 ZOZO Championship is elite iron play. Some of the best iron players on the PGA Tour in 2019 finished towards the top of the leaderboard. Tiger Woods didn’t qualify for any strokes gained metrics, but he’s the best iron player in PGA Tour history. Hideki Matsuyama, Rory McIlroy, and Xander Schauffele annually are some of the best ball strikers on the PGA Tour. Corey Conners, Gary Woodland, Byeong Hun An, and Ryan Palmer all finished inside the Top 50 in Strokes Gained – Approach in 2019. And a player like Billy Horschel tends to do better on golf courses that demands better iron play and precision off the tee than ones that require power.