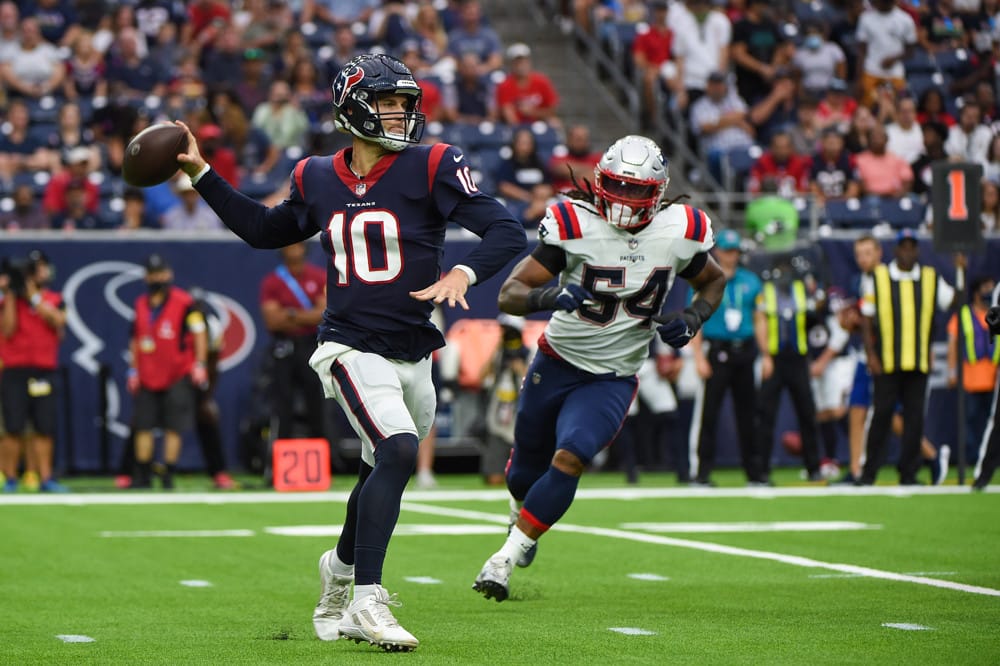 With five weeks of the NFL season in the books, it is time to start targeting some players that are flying under the radar. That is why the Sports Gambling Podcast Network decided to do all of the fantasy football rankings for you. Without further ado, here is the SGPN Fantasy Football Rankings Week 6 Update!

Injuries can drastically alter team depth charts during the regular season and that is exactly what occurred in Kansas City. Clyde Edwards-Helaire was the starter for the first five weeks but he is now on IR with a knee injury. As a result, Darrel Williams is now the new starting running back. Even though Williams lacks elite talent, he now has enough volume to turn him into a top-30 running back play in Week 6.

So far this season, Williams has recorded 99 rushing yards and two rushing touchdowns along with 45 receiving yards. With his ability to catch passes out of the backfield, he should be quite productive in PPR formats. Plus, Kansas City has one of the best offenses in the league as it is averaging 30.8 points per game which ranks fifth in the league so he should have several opportunities within the red zone this Sunday.

After being selected with the 20th pick in the NFL Draft this offseason, Kadarius Toney had some preseason expectations. However, he only recorded five catches within the first three weeks combined. Then, everything changed in Week 4 as he recorded nine receptions for 78 receiving yards against New Orleans. While that performance might be satisfactory to some, Toney kicked it into an entirely different gear in Week 5 against Dallas. In that game, he recorded ten receptions for 189 receiving yards. At this point in time, it is safe to say that Toney is the most talented receiver on the depth chart. Expect him to continue being a focal point within the offense for the rest of the season.

However, New York starting quarterback Daniel Jones might miss some time due to a concussion so Mike Glennon might be the one throwing the ball to Kadarius Toney in the near future. While Toney and Glennon did show signs of chemistry last week, it is still a significant downgrade at the quarterback position.

After looking like the worst starting quarterback in the league for the last couple of weeks, Davis Mills looked fantastic in Week 5 against New England. In that game, he recorded 312 passing yards along with three passing touchdowns. Despite dealing with Bill Belichick’s defensive gameplan, Mills looked extremely sharp and accurate in the pocket which is a good sign of things to come.

Now, Mills gets to face off against a significantly worse defense in Week 6 as the Texans travel to take on the Colts. In Indianapolis’ last game, it allowed Lamar Jackson to record 442 passing yards and four passing touchdowns so its defense is currently in terrible form. As a result, it is safe to assume that Davis Mills will have a great opportunity to duplicate his Week 5 performance in Week 6.