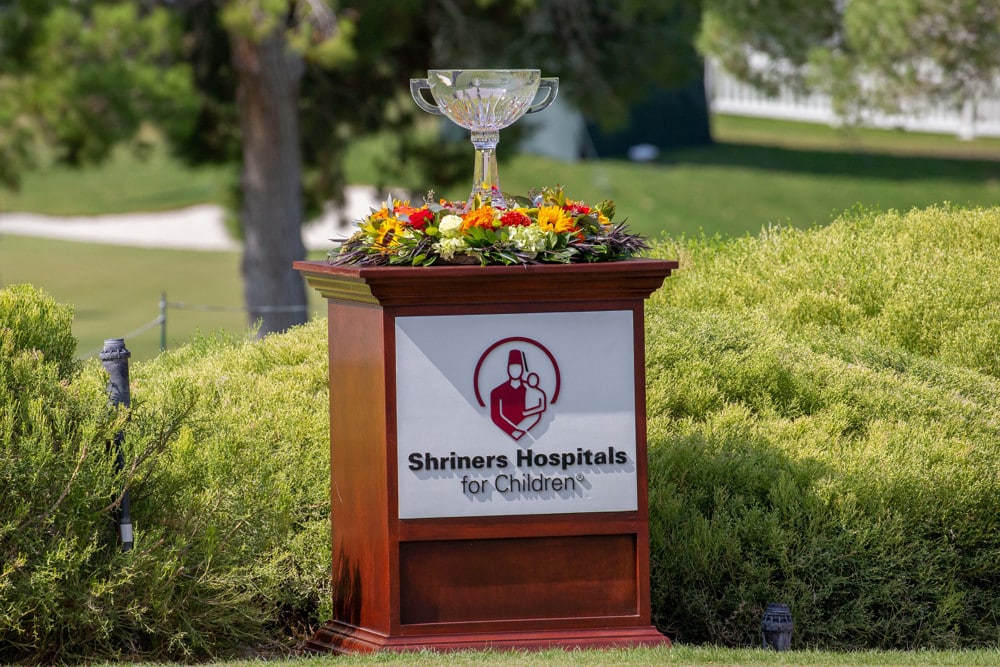 For years, this event struggled to attract many big names in golf. But the tournament has increased its purse and advertised itself as a nice weekend in Las Vegas for the players. That’s helped bring some more star power to this event.

Headlining the field are players making their first start after the 2021 Ryder Cup. They include Paul Casey, Harris English, Viktor Hovland, Brooks Koepka, Ian Poulter, and Scottie Scheffler. After a week off, all these players are ready to try and grab an early win in the 2021-2022 PGA Tour season. TPC Summerlin doesn’t favor one style of play, so all these golfers stand a great chance of taking down the tournament.

TPC Summerlin first opened in 1991 in the outskirts of Las Vegas. It was designed by Bobby Weed, who is a Pete Dye protégé. Bobby Weed is a very respected golf course architect and is noted for several high-profile golf courses. Some of his work includes TPC River Highlands, the Dye Valley Course at TPC Sawgrass, Grove XXIII (Michael Jordan’s new golf course in Jupiter, FL), and renovations to Medalist Golf Club and Timuquana Country Club.

The golf course itself runs just a little over 7,200 yards on the scorecard. Naturally, the golf course is sodded with bermudagrass fairways and rough. For this tournament, the fairways have been overseeded with ryegrass as the Bermuda turns dormant. The tournament allows the Bermuda rough to turn dormant, giving it a brownish coloration.

However, the greens are bentgrass and must be carefully maintained by the superintendents in the hot Las Vegas climate. The greens typically run around 11 on the stimpmeter. That is slightly below average on the PGA Tour.

Many TPC golf courses are soulless and unnatural. Bobby Weed, however, did a nice job matching the golf course to the surrounding desert landscape.

Rocky waste areas are utilized as either forced carries or as natural hazards around greens. There is also a good use of elevation changes around the golf course. There is a good variety of uphill and downhill holes, along with some elevated green complexes.

Signature holes on the golf course include the split fairway 3rd:

The driveable Par 4 15th also provides for some fireworks down the stretch:

Birdies are plentiful in this tournament. Each of the last two tournaments resulted in a playoff where everyone sat at -23 after 72 holes. Bryson DeChambeau won in 2018 with a winning score of -21. And since 2010, the winning score has eclipsed -20 nine times. The only time the tournament showed teeth was in 2017 when Patrick Cantlay won the event at -9. That year, the golf course was unseasonably cold and windy, which is the only defense it has against the players.

The cut line at this tournament is usually between -3 and -5. Players who struggle on the greens Thursday and Friday usually are not long for this event.

One striking feature of TPC Summerlin is how forgiving the golf course is off the tee. Unless someone blasts their tee shot into someone’s backyard, one can hit it pretty much anywhere and still be fine for the approach shot. Some people think when that’s the case, target bombers. Those who gain more strokes off the tee than their competitors through distance obviously have the advantage, right?

But the opposite is actually true, especially at this golf course. When there are wide fairways and no true penalty to hitting out of the rough, that reduces the advantage that distance has off the tee. In addition, shorter players have the advantage of playing at both altitude and on a firm golf course. That increases both carry distance and rollout once the ball hits the ground.

For example, Austin Cook lost in the playoff to Martin Laird at last week’s event. Last year on the PGA Tour, Cook was one of the shortest hitters of the year. He averaged only 289.2 yards per drive. That was only good for 165th on the PGA Tour. But at the Shriners Hospitals for Children Open, Cook averaged 316 yards per drive! The combination of altitude and firm conditions helped him get the ball out there for very manageable approach shots.

With balls rolling out a significant distance, players hit a lot of shorter irons into very large greens. Hitting the green in regulation usually isn’t a problem at TPC Summerlin. Green in regulation rates typically are between 75-80%. What separates the men from the boys is how close one hits their short approach shots. And then converting the putt for birdie keeps one towards the top of the leaderboard. Iron play and hot putting is a winning combination at the Shriners Hospitals for Children Open.

While players don’t scramble often in the tournament, the ability to get up and down from off the green might be a good tie-breaker to use. Good scrambling is a great way to avoid crippling bogeys. In order to get to a winning score around -20, one needs to avoid as many bogeys as possible. Scrambling is an underrated metric to look at this week.

Lastly, here are players in the field who gain more than one stroke per round at TPC Summerlin (minimum 10 rounds):

A lot of variety in terms of performance off the tee. There are some big hitters like Hideki Matsuyama, Joaquin Miemann, and Luke List. There are also short and accurate players like Abraham Ancer, Kevin Na, Webb Simpson, Matt Kuchar, and Zach Johnson. But a common link between most of these players is that they’re pretty good short iron players, decent scramblers, and can get hot with the putter. This list is a great preview of contenders at this year’s Shriners Hospitals for Children Open.