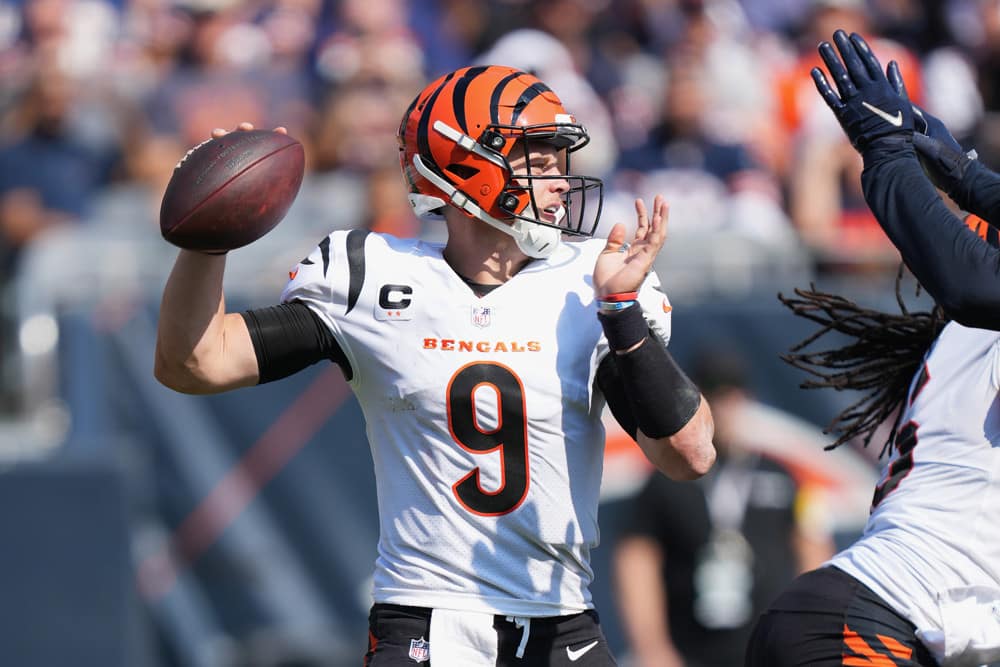 I was able to bounce back on the Sunday Night Football Player Prop Bets by going 2-1. Thursdays have not been so kind to me but I look to change that in NFL Week 4. Below are my NFL Player Props Odds and Picks for the game between the Jacksonville Jaguars and the Cincinnati Bengals.

In the first three weeks of the season, Joe Burrow’s longest completions 50 in Week 1 against the Vikings, 42 yards in Week 2 against the Bears, and 34 in Week 3 against the Steelers. I can argue these three defenses were projected to be the better defenses in the league. However, Joe Burrow has been able to take advantage of it. In fact, the Jaguars defense is one of the worst in the league so far. They are 28th in opponent passing yards allowed and #30 in yards per play allowed. I see no reason why this player prop odds should not cash!

Furthermore, in the first three weeks of the season Jaguars have given up completions of 52 yards to Tyrod Taylor in Week 1 to the Texans, 55 yards to Teddy Bridgewater in Week 2, and 36 yards to Kyler Murray in Week 3. The Bengals have threats in this wide receiving group so I can see Burrow getting a long completion down the field. Lastly, let’s not forget that the Jags also traded C.J Henderson this week to the Panthers so that secondary got a whole lot thinner.

This handicap is simple, Chase has scored at least one touchdown in each of the first three games. It seems like Joe Burrow and JaMarr Chase have picked up right where they left off when they were together in LSU. In addition, Chase is second on the team in targets, and this secondary for the Jaguars is bad and the Bengals receivers especially Chase should be able to feast. I love this player prop betting odds to cash!

Before the season started Laviska Shenault was getting all types of hype that he was going to be the stud in the receivers group. However, over the last two weeks Shenault’s production has fallen off. In fact, he’s combined for six receptions on 11 targets and only 45 receiving yards. I believe it’ll be tough for Shenault to get five receptions in this game. Furthermore, his targets have been decreasing from week to week. He had 11 targets in Week 1 down to seven in Week 2 and only four in Week 3.