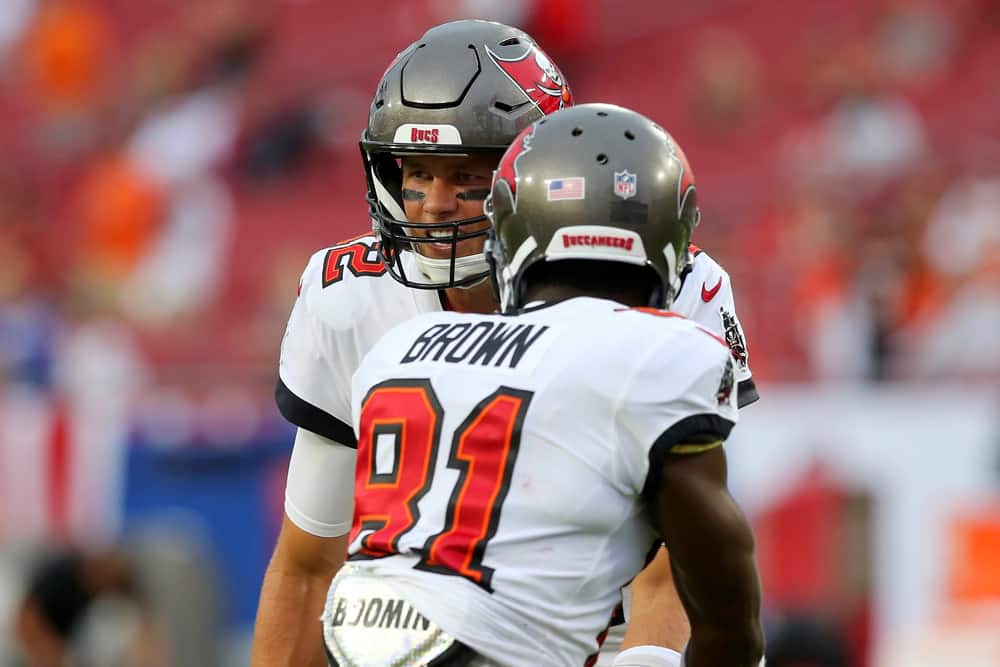 Wow! Here we go! The first game of the 2021 NFL season kicks off Thursday Night between the Dallas Cowboys and the defending Super Bowl champion Tampa Bay Buccaneers.

I am going to putting out player props all season long for the primetime games. Without further delay, let me dive right into the Thursday Night Football player prop bets!

Let’s not act like the Cowboys’ secondary has improved this season because it has not. Tom Brady should have his way with the Cowboys defense. In addition, Chris Godwin is on the injury report with a quad injury and may miss the game. However, even if Godwin is able to go he will be limited.

The reports out of the Buccaneers camp is, post knee surgery, Brown is looking like the elite wide receiver he was when he was the All-Pro with the Pittsburgh Steelers. Furthermore, there are other weapons the Buccaneers offense that the Cowboys defense has to deal with. This will be a great opportunity for Brown to start the season off by having a great game.

The Buccaneers return most of their starters from the championship team last season. As a result, the Buccaneers’ front seven comes in rated as the No. 1 group in the entire league this season. Furthermore, the Cowboys will be without offensive linemen Zack Martin and La’el Collins is expected to play but how effective will he be? I believe Elliott will have a tough time getting yards against this defense.

Last season, the Tampa Bay Buccaneers defense allowed 7.6 targets and 5.5 receptions and close to 60 receiving yards to the tight end position. Of all the weapons the Cowboys offense has, Blake Jarwin should get targets his way. Asking Jarwin to get 21 yards in a situation where the Cowboys will be playing from behind is not a monumental task.