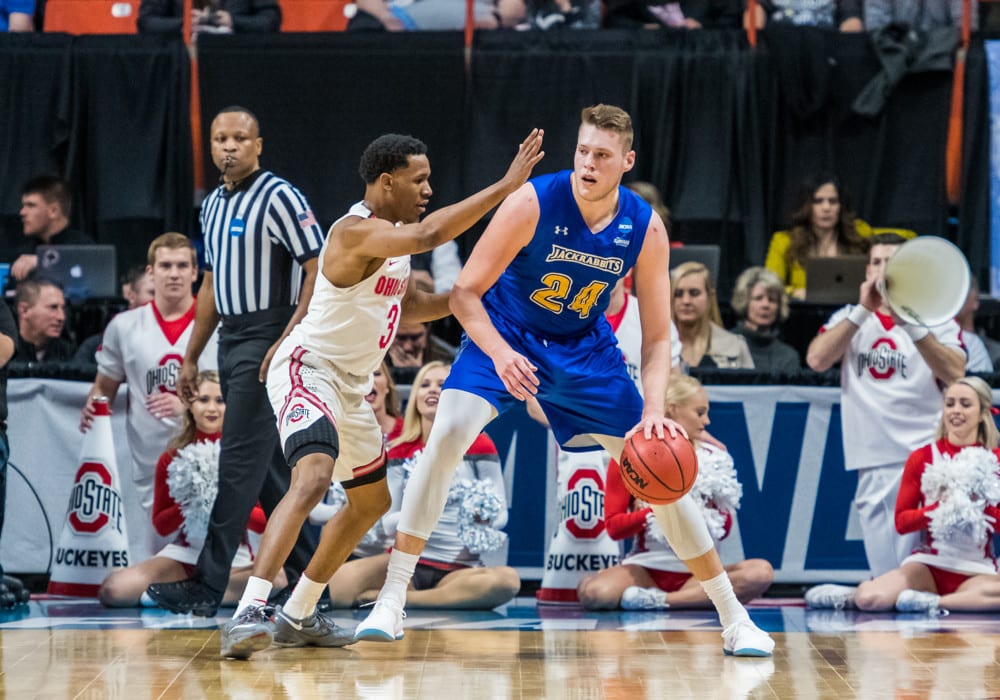 TBT Bracket Preview: Columbus and Illinois Region Best BetsThe first weekend of The Basketball Tournament (TBT) was absolutely electric. Marcus Keene made an incredible return to the tournament and rejoined Sideline Cancer prior to their first game. Big names like Carmen’s Crew, Boeheim’s Army, and more are in action this weekend. Let’s dive into some teams to watch out for to come out of the region in the second weekend of TBT bracket action ahead of the Illinois and Columbus regionals.

Carmen’s Crew is the Draft Kings’ odds-on favorite to win this region and for good reason. They have been a dominant team in the TBT since arriving in 2017. They are currently 12-3 all-time, including a TBT championship in 2019. Not to mention they will be playing on the floor that most of them played their college careers on.

Carmen’s Crew will be looking to avenge their early exit from the TBT bubble last year after an upset loss to House of ‘Paign. This team is not without championship experience as they still have a core of players that will return from that championship roster. 2019 MVP William Buford has all the talent to play in the NBA. He is a big-time shot-maker that has come up time and time again for this squad.

They also made acquisitions to bolster an already stacked roster with Aaron Craft, David Lightly, and Jon Diebler. Former Fort Wayne Champs power forward Julian Mavunga will serve as a strong presence inside for the Ohio State Alumni. After getting bounced early from the bracket in last year’s TBT, they are looking to make a statement in Columbus.

This team is deserving of the current short odds to win the region, however, still getting plus money on the former TBT champs could still pose as a value.

Team Hines has all the potential to not only make a run in this year’s tournament, but also the chance to take home the million dollars. They are 4-2 in TBT play after an early upset in the TBT bubble to Sideline Cancer.
Kyle Hines, a four-time EuroLeague champion, leads this deep roster of overseas and former NBA players.

They will have John Jenkins in the backcourt who spent a good amount of time bouncing around the NBA and is a certified bucket getter. Then they have Isaiah Miles returning for another tournament with the team and is absolutely lethal from behind the arc. If this team can keep all its components from the off-season into the tournament then this may be one of their deepest rosters yet.

Team Hines has an incredible value at +500 on DraftKings as I think they are one of the few times in this region with the talent on the roster that can match up against the hometown favorites in Columbus, Carmen’s Crew, on this side of the TBT bracket.

If anybody went all-in on this season, it was Boeheim’s Army. After already having a stacked roster, they decided to add Overseas Elite veterans DeAndre Kane and D.J. Kennedy. Kennedy, who is certainly the most decorated player in all of the TBT. The fact that this team is still not the odds-on favorite to win the TBT Illinois region and make a deep bracket run is shocking. But this year could be the year that gets them over the hump.

And the Overseas Elite vets were not the only pieces this team added. They bring in a couple more of Syracuse legends in Chris McCullough and Tyler Lydon. Both guys are former first-round NBA draft picks with the pedigree to play on that level of basketball. Then they also bring in Tyrese Rice, the former Boston College guard who was three times All-ACC.

This historic TBT team has never been able to get over the hump and claim the title in the tournament. However, looking at the talent on this roster I like them as well as any to not only make it out of the region but to possibly win it all. Love them at their +185 price tag on Draft Kings as one of the Illinois region favorites.

Back for another year in TBT, House of ‘Paign looks to build on the surprising run they had in their first year in the bracket on their home court in Illinois. The highlight was their upset of the previous year’s champs, Columbus Crew, in the second round.

Mike Daum solidified himself as potentially one of the top five best players in the entire tournament. The South Dakota State alum came in and averaged over 18 points per game in their three appearances in the TBT bubble. Andrés Felix also established himself in their first year as somebody in the backcourt that can be a prominent scorer for this team.

This season, House of ‘Paign adds decorated Illini, Brandon Paul. Paul currently sits ninth in all-time scoring for the Illini and has spent most of his time playing overseas with a short stint in the NBA. This backcourt of Paul and Feliz could play the part as one of the best backcourts in the whole tournament.

With the home crowd expects to show out for the Illini alum, I believe they have the talent to compete with Boeheim’s Army or the Golden Eagles, the defending TBT champions. Getting them at longer odds of +400 on Draft Kings feels like a value for a team that made a statement in 2020. This TBT weekend is loaded with talent on both sides of the bracket in Columbus and Illinois.