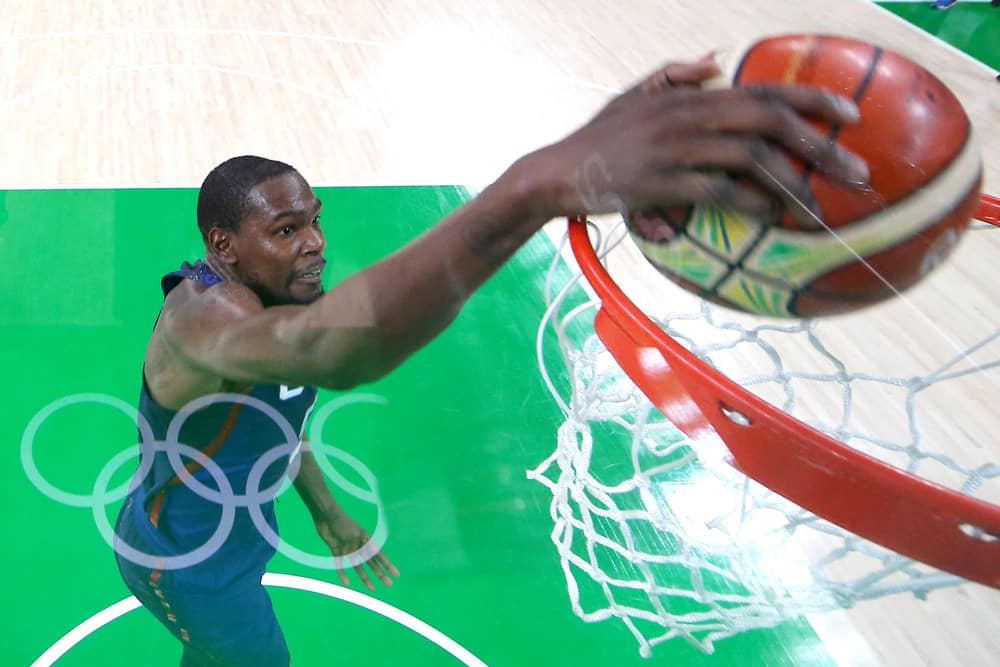 Since there are 12 teams competing in the Men’s Olympic Basketball tournament, they are divided evenly into three Groups. Each team will play their respective opponents in their group round-robin style. The top two teams in each group will qualify for the knockout stage. In addition, the two best third-place teams in the groups will also qualify for the knockout stage. Let’s get right in the Olympics Basketball 2021 Betting Picks

The overwhelming favorite is featured in Group A, the United States. However, the USA men’s team is coming into the Olympics with some bumps along the way. First, the team dropped their first two exhibition games against Nigeria and Australia. Is this a concern for the team? Possibly. Furthermore, the issue the USA men’s team faces is a lack of chemistry. Unlike other countries, there are players that have played together and are familiar with each other and their playing styles over several years.

As a matter of fact, as the weeks progressed and the team played exhibition games and prepared for the tournament in Las Vegas, a few players contracted COVID. As a result, there were new players that had to be brought on as replacements which again caused a lack of chemistry. But since the USA Team has the best basketball players in the world they can flip the switch anytime and win. Led by Kevin Durant, Damian Lillard, and Jayson Tatum there is more than enough scoring power for the USA Team to win the gold medal again in the Basketball Olympics.

The France National Team is the only team that can give Team USA competition within Group A. The France team features several NBA players. Frank Ntilikina, Timothy Luwawu Kongbo, Nicolas Batum, Evan Fournier, and the NBA Star Rudy Gobert. France is heavily favored to qualify for the knockout stage.

The Australian national team is led by Joe Ingles and Patty Mills. Earlier this month Australia beat the USA team 91-83 in an exhibition game. They are the favorite to win this group as they should be. In addition to Ingles and Mills, there other a few other NBA players on this roster, Matisse Thybulle, Dante Exum, and Josh Green.

Nigeria is the most intriguing team to be in this years Olympics. They are coached by Mike Brown who has a wealth of experience coaching mainly in the NBA. But this roster features several NBA players and some very athletic guys to say the least. I believe Nigeria can give Australia a run for their money in this group and +450 price is very juicy!

Group C is the one that is the most competitive as far a team that can win the group. I believe this group will more than likely have three teams that qualify for the knockout stage. You can probably call this the “Death Group.”

Spain is the most experienced team in this Olympics. They have the experience of playing in the EuroBasket, Summer Olympics, and FIBA World Cup tournaments. Furthermore, they have the medals to prove it. The concern you have with the Spain team is the average age on the roster is 30. But for the Summer Olympics, you love to have a team that has played together and knows each other. Led by the Gasol brothers alongside Ricky Rubio, Rudy Fernandez, and Hernangomez brothers, Spain is in a prime spot to make some noise once again the Summer Olympics.

Slovenia is led by NBA Superstar Luka Doncic and that may just be enough. We know how good of a player Donicic is and how dominant he can be. The question is will he get enough help from his teammates to make it to the semi-finals or possibly the finals?

To Qualify for Knockout Stage: Nigeria -235

I like what I have seen from the Nigerian team. Like I mentioned, having a coach like Mike Brown is going to be helpful for this team. This price is juicy but I believe they should have no trouble qualifying for the knockout stage of the Olympics.

Year after year we see the Spaniards on the stage receiving some time of medal and I do not think that changes this year. Experience will always be in the favor of Spain and there is much depth and knowledge on this team to at least win a medal in these Olympics. Lastly, Spain has received some type of medal in three straight Summer Olympics.