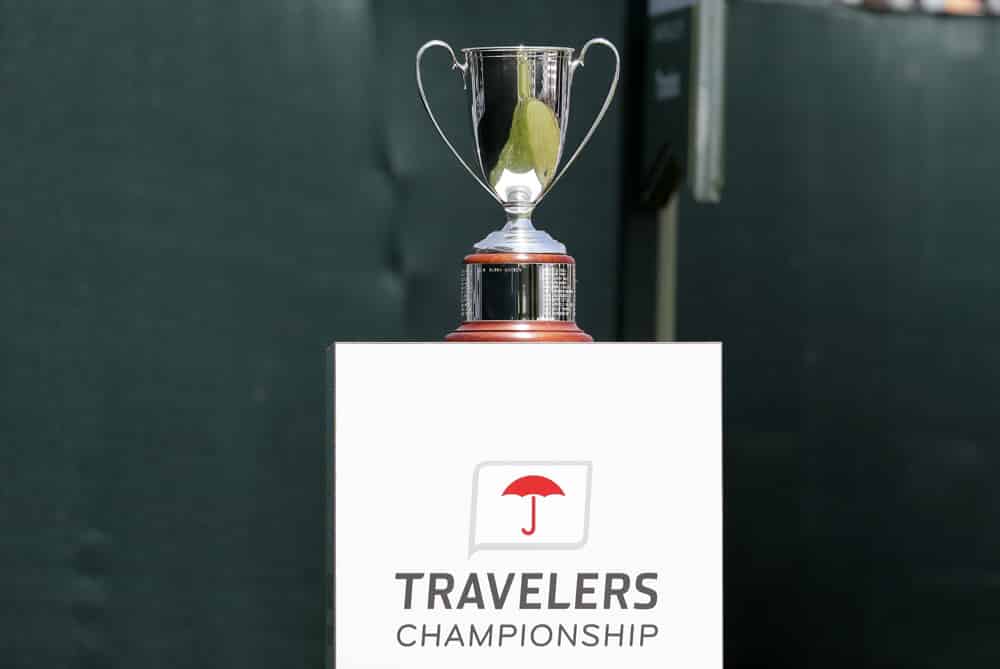 Several top players who played the U.S. Open will take a cross-country flight and play the Travelers. Two of them are Bryson DeChambeau and Brooks Koepka. DeChambeau looked like he was going to claim his second consecutive U.S. Open title heading into the Back Nine. Then he hit a ball into an empty Stella Artois box and shanked a chip on 17. That took him out of it. Meanwhile, Koepka hit the ball great all week at Torrey Pines but couldn’t seem to buy a putt. Both will look for some redemption this week.

For years this tournament was known as the Greater Hartford Open, first played in 1952 at Weathersfield Country Club. In the 1980s, the PGA Tour bought the former Edgewood Country Club and rebranded it as part of their TPC golf course network. They brought in the legendary Pete Dye to rebuild the golf course and dubbed it TPC Connecticut. The tournament has been played there ever since.

In 1989, the golf course underwent a major renovation spearheaded by Pete Dye’s disciple Bobby Weed. PGA pros Howard Twitty and Roger Maltbie also consulted on the project. Though the thought of improving upon a Pete Dye golf course is hard to fathom, they managed to do so. Their newest design took the Back Nine down a valley near the train tracks that run alongside the Connecticut River. The renovation was completed in 1990, and the golf course was renamed TPC River Highlands.

There are some slight resemblances to the typical Pete Dye golf course experience. Its similarities include the bottlenecking of the fairways, inconveniently placed bunkers, and green complexes angled away from the directional path of the hole. But most of the Pete Dye of the golf course was taken out of it post-renovation. While Bobby Weed is a Dye disciple, this is more of an imitation of the real thing.

To be blunt, the front nine at TPC River Highlands isn’t anything to write home about. There isn’t much trickery over the first nine holes. Everything is almost all out in front of the player, and besides the 2nd hole, there is very little elevation change tee-to-green. It’s a fairly boring stretch of holes.

There’s also not a lot of wow factor on the first half of the Front Nine. There are a few interesting and challenging holes, like the downhill Par 3 11th. The Par 5 13th that features water hazards right of the fairway and left of the green also can be quite challenging. But overall, holes 10-14 look very similar to holes seen every week on the PGA Tour.

However, things heat up on the back half of the Back None. The Travelers Championship has the reputation of producing very exciting finishes to their tournaments, and the stretch from 15-18 is the reason why:

This stretch of holes is one of the best viewing spots for anyone who does not own a home on one of the fairways. The best place to be is to the right of the 16th green, as the spectator can watch the players play the exciting and drivable Par 4 15th, the Par 3 16th over the water, and the 17th that features a forced carry over same said water and a green with a false front. Here is where the tournament usually tightens up, either with a player getting red hot over this stretch or someone who makes a mess of these holes. 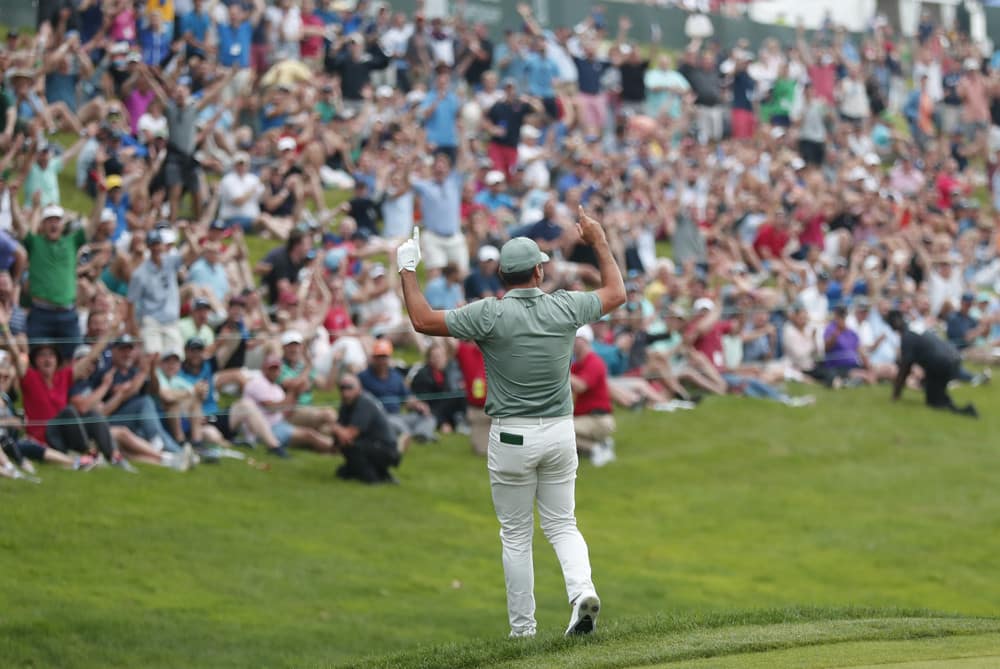 While the design of the hole is nothing special, it’s the huge fan base that sits in an amphitheater setting that makes this hole memorable. Hartford has some of the best fans on the PGA Tour, and the whole community treats this event as if the Whalers have been resurrected. As someone who also lives in a minor league sports town, I can totally relate to how passionate they are about their tournament. Whenever a huge sporting event comes into town, it dominates the headlines and creates a buzz in the city. And as shown back in 2017, they can get pretty excited around that 18th green:

TPC River Highlands is the shortest golf course the players will take on this year. It’s just over 6,800 yards long, which means that many players can opt to leave the driver in the bag and not sacrifice much off the tee for comfortable approach yardage into the green. The fairways, greens, and rough are a combination of poa annua and bentgrass, a common grass type for most Northeastern golf courses. In addition. greens are on average 5,000 sq. feet in area, which is about average for a PGA Tour stop.

TPC River Highlands is a golf course that doesn’t favor one style of play. Notable winners of the tournament are from all walks of life. Bubba Watson is considered the horse-for-the-course with three wins, and he employs a bomb and gouge style of play to take aggressive and creative lines with his driver to gain an advantage over the field. Dustin Johnson also ran away with the tournament in 2020 and is of a similar vein. Bryson DeChambeau also has played well here both pre and post-bulk-up.

On the other end of the spectrum, Jim Furyk owns the course record with a 58 in 2016, and he is known as a short, accurate tactician whose strengths are with his wedges. 2019 champion Chez Reavie is one of the shortest hitters on the PGA Tour, yet ranked 53rd in Strokes Gained – Off-the-Tee in 2019 because he is so accurate. Other champions like Russell Knox and Jordan Spieth, winners of 2016 and 2017, are also considered good all-around ball-strikers tee to green. Paul Casey, who annually performs well at TPC River Highlands, also is a great all-around player.

Part of the reason why this golf course doesn’t favor one particular style is how it’s designed. The short scorecard yardage allows for longer hitters the option of either leaving driver in the bag or taking an aggressive line off the tee. Shorter hitters who hit their driver fairly straight will benefit from hitting from the same yardage into greens as the bombers. That’s also why the driving accuracy rate at the Travelers is higher than the PGA Tour average. It also means players hit into greens with more precise mid to short irons. That also makes the tournament’s Greens in Regulation % higher than the PGA Tour average.

Gamblers are obsessed with getting solid golf course comps before placing bets. Tournaments at shorter courses that feature high amounts of fairways and greens hit include Pebble Beach, PGA West, TPC Summerlin, Detroit Golf Club, TPC Twin Cities, and TPC Deere Run. All of these golf courses also feature cooler climate greens and grass types. All these are fine golf courses to refer to when trying to identify players who are comfortable at these types of setups.

Lastly, here are the players in the field who have gained more than 1 strokes per round at TPC River Highlands (minimum of 10 rounds):

The list above features a wide variety of players. Bombers, short hitters, great putters, and ball strikers are on the list.  It speaks to how anyone has a shot to win at TPC River Highlands.