Best Prop Bets for the US Open 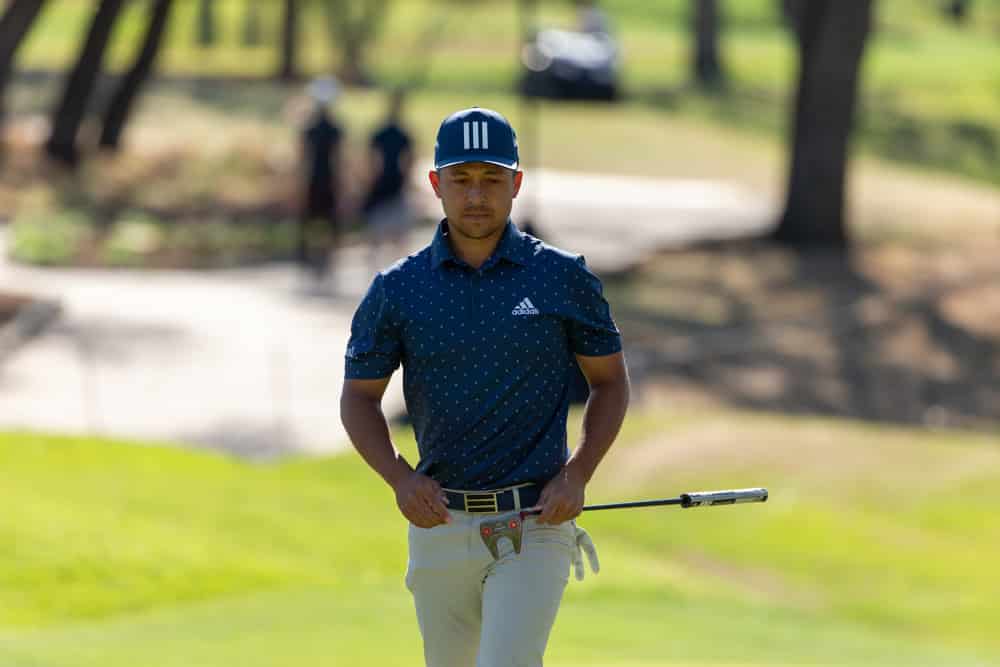 Best Prop Bets for the US Open

Prop bets can be one of the most profitable avenues for gamblers at a golf tournament. And at the US Open, the books pull out all the stops and allow someone to bet on almost anything.

Lots of folks are on Xander’s Narrative Street this week. He’s a local San Diego kid, it’s his home course, and he knows it like the back of his hand. That’s a recipe for proper mushing.

But throwing all that aside, Xander Schauffele‘s game does fit a firm and fast Torrey Pines. Xander has enough length off the tee to handle the 7,700-yard track. He’s an excellent iron player, a great scrambler, and putts well on poa. If one part of his game is subpar, he has multiple ways to compensate. That’s part of the reason why he’s never finished lower than T6 in a U.S. Open. He’s a versatile player that excels in these setups. Bet him +170 to finish inside the Top 10.

All year, Tyrrell Hatton has struck the ball beautifully tee-to-green. What has held him back for the last few months is his putting. Historically, Hatton putts well on poa annua surfaces. That might be enough to kick-start his form in that area. He also has excelled on Kikuyu surfaces before. Club de Chapultepec, home of the WGC – Mexico Championship, features Kikuyu fairways and rough just like Torrey Pines. Hatton finished Top 10 in three of the four events at that golf course. Given his talents tee-to-green, his good history hitting from Kikuyu turf, and putting on poa, he’s a solid option to bet for a Top 10 prop at the US Open.

In yesterday’s winners’ column, it was discussed how good Dustin Johnson is on Kikuyu golf courses. Another player who shows excellent form on kikuyu is Adam Scott. Like DJ, Adam Scott dominates on this playing surface. He has excellent finishes both at past Torrey Pines tournaments and at Riviera. He also has performed quite well in his career on golf courses featuring pure poa annua greens. His form is also starting to round into shape as evidenced by his T14 finish at the Memorial. Bet Adam Scott +275 to finish inside the Top 20 at the US Open.

Cameron Smith‘s form has dropped off a bit since his Top 10 finish at the RBC Heritage. He was a disappointment at the PGA Championship and missed the cut at the Memorial. Cam Smith’s best finish at a US Open is T4 back in 2014. Since then he’s finished 59, CUT, T72, T38. And he heads into this tournament struggling both off the tee and with his irons. For a player without elite length to compensate, that could be an issue. Bet him +230 to miss the cut.

Sungjae Im has big red flags in his game heading into this tournament. His form off the tee has dropped off considerably over his last few tournaments. He possesses only average length off the tee. And he’s a poor approach player. Those three things are absolute no-no’s on a golf course that demands players to play well tee-to-green. Sungjae Im won’t be around for the weekend.

Garrick Higgo proved doubters wrong last week by winning the Palmetto Championship. He’s a long-hitting uber-talented South African who is destined for great things. Meanwhile, Robert MacIntyre is a blue-collar tough Scot and a solid ball striker. He has the game to be a solid US Open player over the course of his career.

Their competition for low lefty is Brian Harman (+275), Phil Mickelson (+300), and Bubba Watson (+400). Brian Harman hasn’t played the January Torrey Pines very well and lacks pop off the tee. Phil miraculously won the PGA Championship in May but has struggled badly on narrow thick rough US Open setups recently. And while Bubba Watson has played well both on Kikuyu and at Torrey Pines, he and US Open setups have never seemed to get along well. Stagger your bets and put them on Garrick Higgo and Robert MacIntyre as low lefties of the tournament.

The game of professional golf is light years different than it was back in 2008. The advancement in both golf club and ball technology allows players to hit the ball farther and straighter than ever before. That’s part of the reason why the average score on the PGA Tour has dropped a full stroke since 2008.

Using that line of thinking, the cut rule at the US Open is Top 60 and ties. In 2008, the average score across the first two days of competition was 75.3, or 150.6 cumulative. Removing one stroke per round due to an improvement in the game of golf gives a projected average score through two rounds of 148.6. That’s about +6.5 over par for the field. Taking a stroke away from that to compensate for the Top 60 and ties, and we get a projected cut line of 147.5. This is a fair line that’s been set by the books.

The Torrey Pines setup in 2021 isn’t much different than it was in 2008. The only difference is a shift in some fairway bunkers and tee boxes. Other than that, the golf course remains about the same yardage it was in 2008. And no weather issues exist as of today that would make the golf course play more challenging. Given how much bigger and athletic the 2021 golfer is, as well as vastly superior equipment, scores shouldn’t be quite as severe in 2021. In addition, for the last few years, the USGA has set up the opening round to play a little less tough by allowing greens to not play as firm and deploying gettable pin positions. As the tournament has gone on, however, the difficulty is ramped up.

All these factors should lead to a cut line around +4 or +5. Keeping that in mind, the under is the play.

Betting under 86.5 highest 1st round score follows the same logic as the missed cut prop. In 2008, the highest first-round score at Torrey Pines was 86. Players are better today than they were in 2008 and won’t face a golf course tremendously different than what was played back then. While it’s fun to watch total meltdowns at the US Open, don’t expect anyone to shoot more than 86 on Thursday.

Shane Lowry is a very trendy pick this week. And for good reason. Lowry has Top 10’s in three of his last four starts. But his US Open track record, particularly on the longer and narrower setups, hasn’t been too kind to him. His success has come on either wider US Open setups or ones that play shorter. Torrey Pines will play neither way this week.

Meanwhile, Hideki Matsuyama is rock solid at the US Open on almost any type of track. Rarely does Hideki finish outside the Top 25 at the US Open because of his elite ball-striking. And while he’s a notoriously poor putter overall, his history on pure poa isn’t a total disaster. Bet Hideki to beat Shane Lowry straight up.

Matt Wallace‘s ball-striking is on point ahead of the US Open. He also has enough pop off the tee to stay relevant. And he has a good track record on the Rees Jones redesigned major venues in recent history. Both Bethpage Black and Bellerive Country Club were redesigned by Rees Jones. Wallace finished T19 and T3 at those tracks.

Meanwhile, Ian Poulter is one of the shortest hitters in the field. His iron play also isn’t nearly what it used to be. And he’s missed the cut in his last two US Open appearances. Matt Wallace should prevail over Poulter head-to-head.

US Open Preview and Betting Strategies