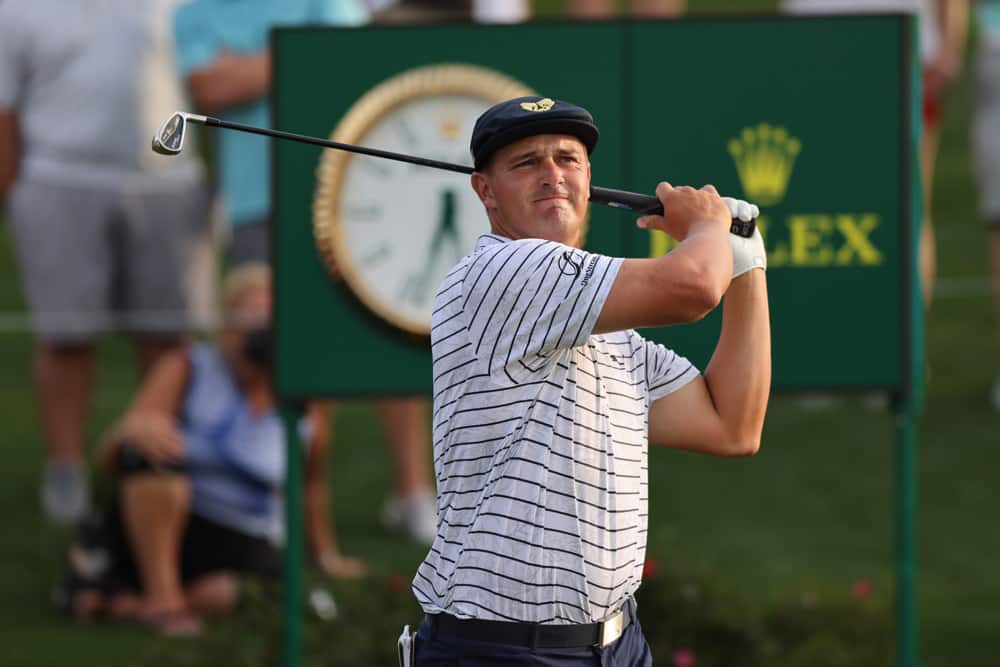 Bryson DeChambeau can do a lot of the things he did at Bay Hill to Quail Hollow this week. There are plenty of opportunities for Bryson to blast over dog legs and bunkers in ways most of the field cannot. There is very little penalty at Quail Hollow for hitting offline other than into the overseeded rough. Bryson has also improved his irons and scrambling in the first half of the year. This week should go better for Bryson than it did at the Masters. A win this week would make him the overwhelming favorite at Kiawah in two weeks.

Patrick Reed missed the cut in disappointing fashion last week at the Valspar. But it wasn’t all bad. Patrick Reed gained over a stroke per round tee-to-green across the first two rounds. Surprisingly, it was his putter that let him down. Reed lost over a stroke per round on the greens at the Valspar. That shouldn’t happen twice in a row. Reed also has lots of success on tough, long, and demanding golf courses despite some of his ball-striking shortcomings. He won earlier this year at Torrey Pines. He’s also won at Doral, Chapultepec, Liberty National, and Bethpage Black. All those golf courses are very driver-heavy and should favor bombers. Yet he still emerged as the winner. Another win on a tough golf course could be in the cards for him.

Sungjae Im got off to a very fast start at the Valspar last week. But he only mustered a T29 finish with a disappointing weekend. Like Reed, Sungjae was very solid tee-to-green but struggled with a normally reliable putter. He also has played both Quail Hollow and other demanding golf courses very well in the past. Sungjae is elite off the tee and with his putter and has shown improvement with his scrambling and iron play over the last few tournaments. Those who were disappointed with Sungjae last week should pick him again at the Wells Fargo Championship.

Matt Wallace is red hot over his last four tournaments. He’s gained over 1.5 strokes per round tee-to-green over his last 16 rounds. And if it wasn’t for a mediocre putting performance at the RBC Heritage, he could have notched his second Top 10 in three tournaments. Wallace is a proven winner on the world circuit on some challenging courses. He came very close to winning the Valero Texas Open a few weeks back. Maybe this is the week he closes the deal.

One wouldn’t think Webb Simpson as a good fit for Quail Hollow. But despite his shortcomings in length, he’s actually been very successful there. Simpson finished runner up to Rory McIlroy in 2015 and 4th in 2012. He also is coming off a fantastic week tee-to-green at the RBC Heritage in his last start, but he uncharacteristically lost strokes putting on the week. Overall, he’s been solid in almost every tee-to-green category over the last few tournaments and should see a bounce back with his putting. He’s a sneaky good pick for a Top 10 at the Wells Fargo Championship.

Until Tony Finau wins a big boy tournament, anyone who bets him outright is being too cute. But Finau has been a very reliable source of income for those who continually bet him Top 10. Quail Hollow sets up perfectly for Tony Finau’s game. At +255, he’s a great pick for a Top 10 finish at the Wells Fargo Championship.

Bubba Watson‘s form is starting to round into shape. He showed well at the Zurich Classic a few weeks back and followed that up with a solid performance at the Valspar. Watson has a decent track record at Quail Hollow because of his length off the tee and ability to work the ball both ways. He also has a great history on tough and demanding golf courses similar to Quail Hollow. For those who want a little safer bet, a Top 20 at +270 is a fine option too. But for those who want a riskier pick for the Wells Fargo Championship, betting Bubba Watson Top 10 is the way to go.

Shane Lowry has been sneaky good over the last few tournaments. Over his last 16 rounds, Lowry has gained 1.44 strokes per round tee-to-green. That’s not concentrated in just one category either. He’s been good off the tee, with his irons and with his scrambling. The putter has been a long-term concern for Lowry, but even that has shown signs of life lately. +320 for a Shane Lowry Top 20 is a great pick for the Wells Fargo Championship.

This matchup is a rematch from last week that was offered by books. Abraham Ancer got the best of Joaquin Niemann in part because the Copperhead Course rewards accuracy over length. That’s reversed at Quail Hollow. While both are playing well, Joaquin Niemann has a considerable advantage in length over Abraham Ancer. Ancer’s strong finish last week was also bolstered by incredibly hot putting. That’s not likely to happen two weeks in a row. Niemann should best Ancer head to head at the Wells Fargo Championship.

For years, Kyle Stanley was a very reliable ball striker with shortcomings on the green. When he delivered an average putting performance, he normally would do well on the leaderboard. But lately, Kyle Stanley has struggled tee-to-green. Over his last 14 rounds, Stanley has lost 0.28 strokes per round tee-to-green. His troubles are concentrated with his irons, and he’s not long enough off the tee in order to offset it. This along with continued struggles with the putter has been a very bad combination for him lately. Meanwhile, Tom Lewis has struck the ball well tee-to-green recently and has significant pop off the tee. He should beat Kyle Stanley straight up.