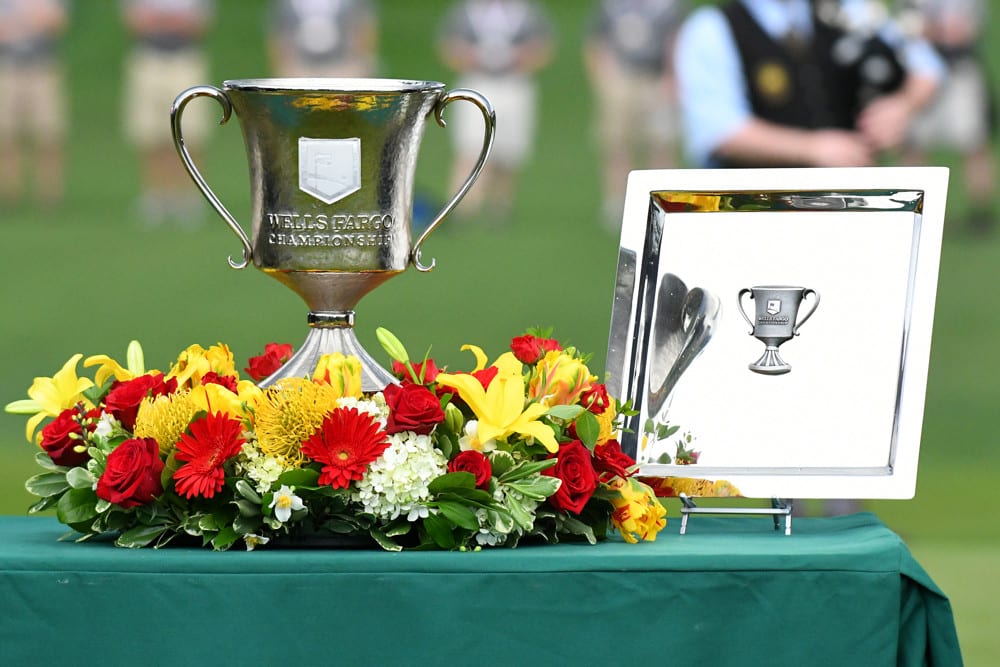 With the PGA Championship a few weeks away, the Wells Fargo Championship is a final tune up for the second major in 2021. Highlighting the field is Justin Thomas, who won the 2017 PGA Championship at Quail Hollow. Thomas struck the ball very well tee-to-green at the Valspar, but putt horribly. That led to only a T11 finish. If he can get things right with the flat stick, he can win here once again.

Another notable in the field is Bryson DeChambeau. This is the first time the beefed up version of Bryson will take on Quail Hollow. His former slim self had good success there, as he finished 4th in 2018. He has the firepower necessary to overwhelm the golf course. He’s a significant threat to win for the third time this season.

Lastly, Rory McIlroy will look to right the ship at one of his most successful golf courses. Rory is a two time winner at Quail Hollow and has the strongest course history of anyone in the field. Rory could use a big boost ahead of the PGA Championship. It could come this week on very friendly confines.

While the Wells Fargo Championship is a fairly young event on the PGA Tour, Quail Hollow’s history of hosting professional golf tournaments is much older than that. Quail Hollow is a private country club first built in 1959 by George Cobb. His other notable works include East Lake, Timuquana and the ninth hole at Augusta National. The club played host to the Kemper Open from 1969 to 1979 before the event moved north to Maryland as the Booz Allen Classic. The course underwent a series of changes from it’s original design, beginning with alterations by Arnold Palmer in 1986. Tom Fazio did further renovations in 1997, 2003, and 2016 in preparation for the PGA Championship. 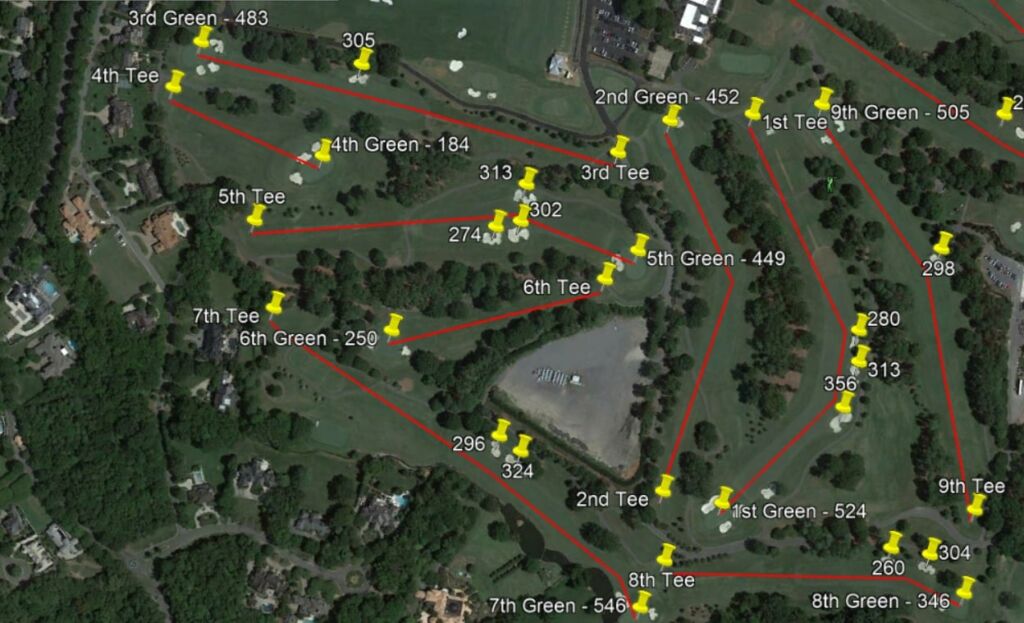 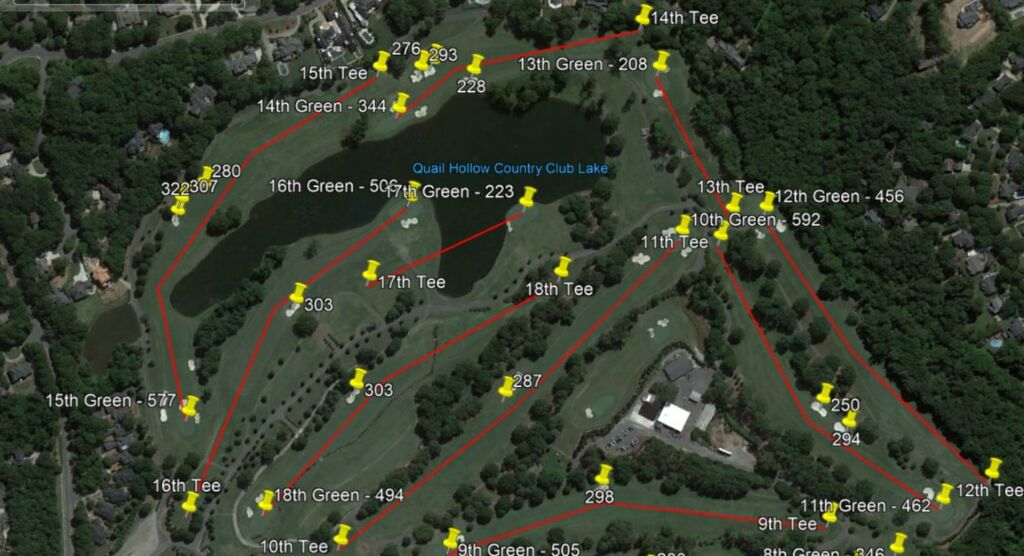 The latest redesign of the golf course in 2016 mostly affected the front nine. Hole No. 1 was lengthened by about 100 yards and took over the former No. 2 green. The former Hole No. 3 became the 2nd hole. The renovation of the 1st also changed the desired shot off the tee. A power fade (for a righty) through the dog leg and away from the trio of fairway bunkers is now the ideal ball flight. The hole now plays as a difficult 524 yard Par 4. It played as the 5th hardest hole on the golf course in 2019.

Additionally, the club cut down huge swaths trees to create a new Par 3 4th. The tee box on No. 5 was also moved up to eliminate a Par 5 from the scorecard to make the course a Par 71. Though there weren’t many total yards added to the scorecard, a 7,600-yard course plays a little harder as a Par 71 than a Par 72.

The most famous stretch at Quail Hollow is the final three holes and is aptly nicknamed The Green Mile. Many players feel like they are on a death march through it. Many more see their chances of winning at Quail Hollow come to an unfortunate, swift and cruel end.

The golfers enter The Green Mile with the tough 506 yard Par 4 16th. Off the bat, there presents a conundrum off the tee. The safe tee shot is a draw away from the fairway bunker 300 yards away. However, anything down the left side of the fairway brings the water into play. Kevin Kisner unfortunately hit it into the water on his approach shot in the 3rd round of the 2017 PGA Championship while leading the tournament.

The 223 yard Par 3 17th offers little respite for the players. The tee shot requires a forced carry 210 yards over a water hazard and a large bunker in front of the green. During the final round of the PGA Championship, almost no one was able to get the ball close to the hole. Justin Thomas, however, stuffed his tee shot to 10 feet and drained the birdie on his way to his first major title.

The final hole at Quail Hollow is a difficult 494 yard Par 4 with a creek winding all the way down the left side of the hole. Those who wish to avoid the creek off the tee will also have to contend with a deep fairway bunker 300 yards away. There is also a thick pocket of trees down the right side of the hole. A long and accurate tee shot on this hole is paramount. Those who hit into trouble down the right side need to take their medicine and punch back out to the fairway.

Jason Day, however, ignored this advice:

Overall, Quail Hollow Club is a big boy golf course. At just under 7,600 yards long, it is very demanding tee-to-green. The best players in the world are in for a mighty test this weekend.

Though Quail Hollow has hosted the Wells Fargo Championship for over a decade, the golf course today is vastly different than it was just a few years ago. For starters, the golf course underwent a renovation in 2017 in preparation for the PGA Championship. It’s no longer the same layout as it was before. Overall, however, the same principles tee-to-green still apply as it always has.

In addition, the greens are now permanently Bermudagrass. The greens were resurfaced with a more durable strain of Bermudagrass before the 2017 PGA Championship. This makes overseeding during cooler months unnecessary.

However, the fairways and rough are all overseeded ryegrass. This is consistent with previous editions of the Wells Fargo Championship. The golf course was tee-to-green Bermudagrass for the 2017 PGA Championship. It played much differently than early Spring conditions. Bettors should be careful to draw too many comparisons from that leaderboard to the one they expect this weekend.

So what works at Quail Hollow Club? Here is the relative skill-set chart for what attributes appear most frequently towards the top of the leaderboard: 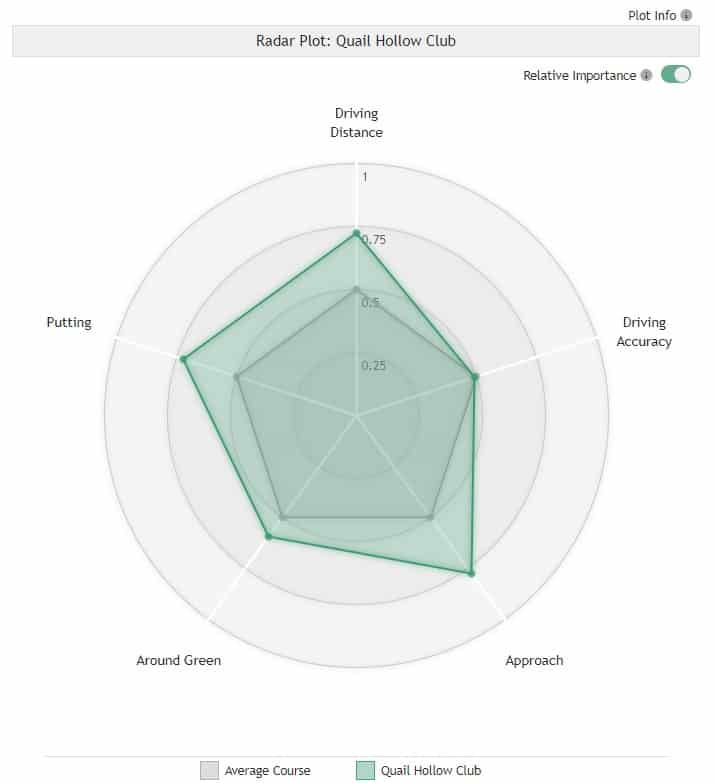 Quail Hollow values a little bit of everything. The golf course is very long and demanding. Driving distance and approach play are rewarded on these golf courses. Players who also have the ability to scramble well from off the green and putt tremendously also can fare well here.

Essentially, what this type of chart shows is that a player has to do a lot of things well to win at Quail Hollow. That’s very helpful, right?

But given how Quail Hollow is today, there’s some things we can de-emphasize a bit here. The overseeded ryegrass rough makes hitting out of it much easier. When the golf course was wall-to-wall bermudagrass for the 2017 PGA Championship, players who tended to be more accurate and scrambled better populated the top of the leaderboard. In an overseeded setup at Quail Hollow, that should put driving distance at more of a premium. It’s much easier to make solid contact out of overseeded rye rough than from Bermudagrass. It’s easier to chip out of overseed than it is from Bermudagrass too. A shorter hitter can still plod their way around the golf course, but their margin of error is much less.

Overall, efficient players tee-to-green will have a big edge on the field this week. There’s no faking it around Quail Hollow. Players who have some length with their game also should get a small boost. It also may be beneficial to consult putting performances on fast Bermudagrass greens to help whittle down the betting card and a DFS lineup.

Lastly, here are the players in the field who have gained over a stroke per round at Quail Hollow (minimum of 10 rounds). This list should preview the types of players to appear near the top of the leaderboard at the Wells Fargo Championship:

As hinted from the relative skill-set chart above, this list includes a little bit of everything. There’s long hitters, accurate hitters, great iron players, great putters, and good all-around players in the list. Given the course conditions in 2021, the longer players should have a little more of an edge than shorter ones. Gamblers should use length to break ties this week.