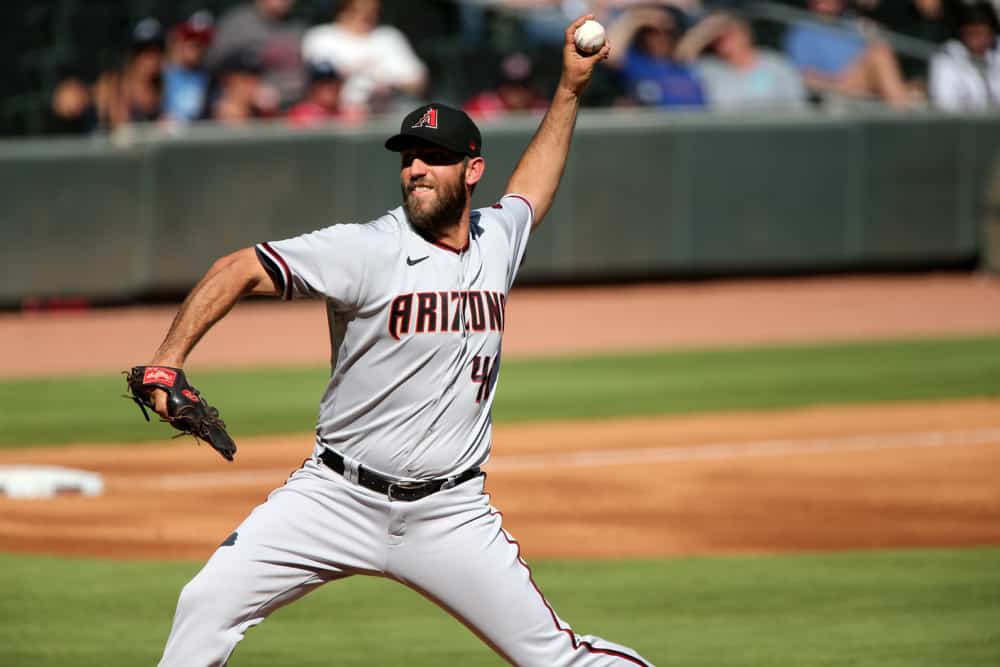 Over a month into the 2021 MLB season and several highly drafted fantasy baseball players are off to rough starts. If your team is in need of an immediate boost, there’s no better place to look than the waiver wire. You may get lucky and find a high-caliber player sitting in the free-agent pool. However, it’s more likely you’ll need to do a little digging to find the gem that could turn your season around. We have some fantasy baseball sleepers for you.

These six players are owned in less than 50 percent of leagues on Yahoo and should improve your roster, if you act fast enough to snatch them.

OF Alex Kirilloff – Available in 52% of leagues

The No. 2 overall prospect for the Twins, Alex Kirilloff had a rough spring training. That cold streak only continued after he was called up late last month.

But Kirilloff seems to finally have broken through in his last six games. The 23-year-old hit four homers in the Twins’ three-game series against Kansas City. After adding two doubles and an RBI on Monday, Kiriloff now has 11 RBIs in his first 12 games in the big leagues. The Pittsburgh native figures to be a mainstay in the Twins’ lineup moving forward. With some favorable matchups upcoming this week against the Rangers and Tigers, there’s a good chance his hot streak continues.

OF Tyler O’Neill – Available in 61% of leagues

Since coming off the IL on April 23, there have been few hotter hitters in baseball than Tyler O’Neill. The Cardinals outfielder has had five multi-hit games since returning to the club and went 7-13 in St. Louis’ sweep over the Pirates last weekend.

Before getting injured, O’Neill was hitting an abysmal .138 and has raised his average all the way up to .269 with an OPS of .827. O’Neill also has five homers on the season in addition to a pair of stolen bases.

OF Raimel Tapia – Available in 59% of leagues

Even though they have one of the worst records in baseball, the Coors Field effect ensures Colorado Rockies still have a decent offense. The Rockies are seventh in MLB in runs scored thus far this season. That is in large part due to the  excellent production out of their leadoff man, Raimel Tapia.

The 27-year-old outfielder raised his average to .320 after Sunday’s three-hit performance against the Diamondbacks. Tapia has also seen his OPS to .801 and holds a .368 OPB.  Known as a speedster, Tapia only has three stolen bases on the season. However, logic says that number should only improve as the year goes on.

While it’s unlikely Tapia keeps up his blistering pace as the season gets deeper, he seems to have improved significantly. Tapia figures to get plenty of plate appearances and opportunities with the likes of Ryan McMahon and Trevor Story hitting behind him.

If you took Madison Bumgarner in your fantasy baseball draft and gave up on him after a disastrous start to the season, you might want to take a second look.

It would have been hard to be worse for MadBum in his first three starts of the season. Bumgarner gave up 17 total runs and saw his ERA balloon to 11.20. But since then, the D-Backs starter has been lights out.  Sandwiched between his much-talked-about seven-inning “no-hitter” against the Braves, Bumgarner registered two starts of five-inning, one-run ball, giving him an ERA of 1.06 in his last three starts.

Bumgarner has lowered his ERA to a much more respectable 5.58. The former World Series MVP also has walked only two in his last three starts, lowering his WHIP to 1.24 after struggling with his command early in the season.

The No. 2 ranked prospect in the Kansas City Royals system behind Bobby Witt Jr., Daniel Lynch made his big league debut Monday against Cleveland. It was an up-and-down first start for the 24-year-old. Lynch went 4 and 2/3 innings, allowing three earned runs with four walks and three strikeouts.

But despite a shaky first start, Lynch is worth picking up as he continues to develop in his rookie season. Lynch will take the rotation spot of Jakob Junis and join a rotation that has been surprisingly solid for the first-place Royals. Fellow young starter Brady Singer is rostered in only 54% of leagues and has pitched to a 3.09 ERA thus far this season in five starts.

After being activated from the IL on April 24 with an elbow injury, Jordan Romano took a little time to shake off the rust. The righty allowed two runs in his first appearance back against the Rays. However, the 28-year-old has followed with three scoreless appearances and hit over 100 MPH in Sunday’s win over the Braves.  With Julian Merryweather currently on the IL, it would seem to be only a matter of time before Romano begins to earn save opportunities.

Rafael Dolis, who is rostered in only 28% of leagues, may also be worth a look for Toronto in deeper leagues. Dolis has earned three saves since April 23, including getting the final out in Sunday’s win.

All stats through May 3rd