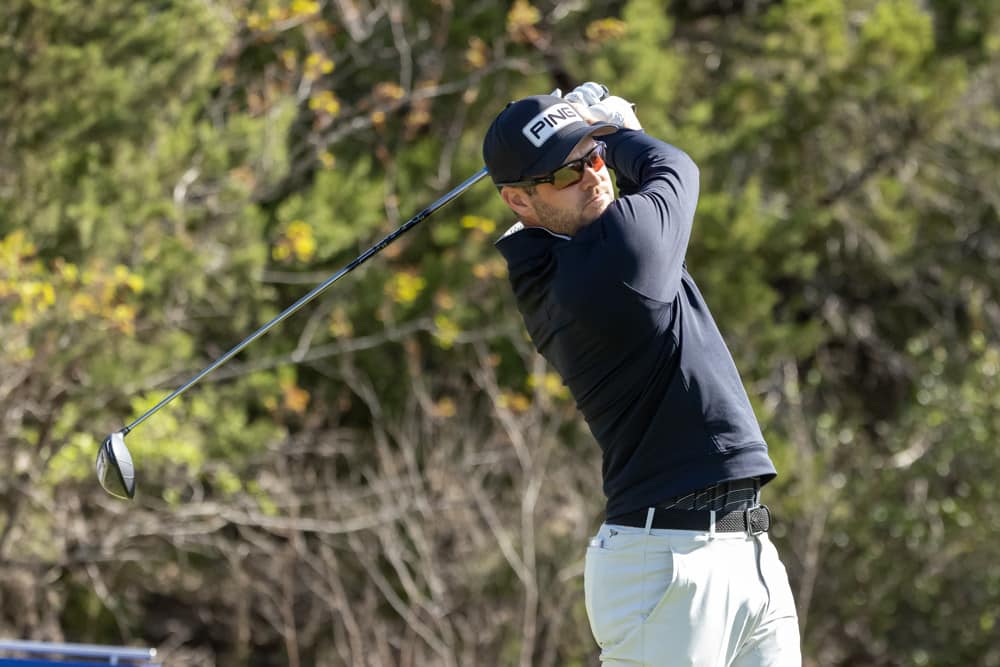 After a fun team play event in New Orleans, the pros head back to Florida for the Valspar Championship at Copperhead in Palm Harbor  Florida. The course is a Par 71 (with 5 par 3’s) playing over 7300 yards. The par 3’s are long, playing over 200 yards, while the par 4 and 5’s are all manageable. The longest of the par 5’s is 607 yards, still reachable in 2 by most of the players in the field. The course plays very difficultly, with driving distance, driving accuracy, and greens in regulation (GIR) ranking below the tour average for PGA courses. It is a placement course, where players will use whatever they need off the tee to land it in a zone with the desired yardage left to the green.

This event typically has not been an attraction for the stars of golf, with past winners being  Paul Casey (19′ and 18′), Adam Hadwin (17′), and Charl Schwartzel (16′). This year, however, we are lucky to see the top two players in the world (DJ and JT) prepare their games for the PGA Championship in 3 weeks. Four other members of the world golf ranking top-20 will be in competition for the title as well (Hatton, Reed, Hovland, Casey).  They are going to need to be accurate with their approach shots if they hope to navigate the Snake Pit unscathed on Sunday and walk away with the trophy. Key stats that have led to high finishes in the past include strokes gained off the tee (SG:OTT), strokes gained approach (SG:APP), strokes gained putting (SG:P), bogey’s avoided, GIRs gained, and good drives gained.

Corey Conners is on fire lately. We are going to ride the hot hand until he cools off. The Canadian has placed in the top 14 in the past 5 events. In those events, he has gained over 3.8 strokes on the field on APP. Conners has only played this event once, finishing in 18th place in 2018. With his hot iron game, we expect another top ten finish this weekend. Conners should be the anchor of your Valspar Championship DraftKings lineup.

If you’ve been following us, you should be able to tell were big fans of Abe. He’s made our picks many times, however, it’s rarely paid off. Well, we’re going back to the king of swagger this week. Copperhead is a course that should fit Ancer nicely. He’s extremely accurate off the tee, ranking 5th in fairways gained and 2nd in good drives gained.  He ranks #1 in bogeys avoided and 6th in GIRs, all very important stats for the Valspar. Over his last five events, he has gained strokes in every major category except putting. In those events, his lowest finish was 26th at the Masters. His first appearance at the Valspar was in 2018 and he finished 16th. Ancer is an easy plug-and-play for this week.

When we think of Copperhead, we think of Jason Kokrak. Kokrak finished in 2nd place in 2019 and 8th place in 2018. He also has a 7th and 14th place finish at this event. So it’s safe to say Kokrak is familiar with the course. Not only does the course history stand out, but Kokrak has been playing some great golf. Up until the Masters, he had three top-ten finishes in a row. In his last five events, he has gained 4.3 T2G. All signs point to another great finish for Jason Kokrak.

Gary Woodland is an ownership play for us this week. Based on projected ownership of the guys around his price range, we are going to pivot to Gary Woodland. Gary does not have the best course history here at Copperhead, but he has played the course plenty of times, so he is familiar with it. He placed 40th at the Masters and 8th at the Valero Open. Gary’s putting is hindering his game as in his last 5 events, he has lost over 2 strokes to the field. If he can figure out the putter, our dark horse can have himself a weekend.

Good news for both the Glove and his wife, his game has been trending in the right direction. Over his last five events, he is gaining strokes in every category, and over his last 10, he is only losing strokes putting. Over those 10 events, his only missed cut was the Genesis, with his highest finish being 4th at the Valero earlier this month. His confidence is sky high right now and his wife is getting ready to retire her belt. He’s played Copperhead 6 previous times, with only two missed cuts (14′ & 16′) and his highest finish being 13th in 2019. He is coming in hot and ready to score.

When looking at scoring from previous years of the Valspar, the one stat that doesn’t seem to correlate with top finishes one bit is the strokes gained around the green category. There is no benefit for guys who are good with the wedges compared to guys who are poor. Well, Chase is one of those poor chippers. It’s actually quite remarkable how consistent he is. Over his last 40 rounds, he has gained strokes in every category minus ARG. As of late, he has been much better OTT, pushing that SG: total number up to 5. During this ascent, he has made 5 straight cuts with a 3rd place finish at the Honda. He has the type of game that plays nicely at Copperhead and we expect him to get inside that top-20 in his first attempt at the Valspar. Seiffert will be a strong addition to your  Valspar Championship DraftKings lineup.