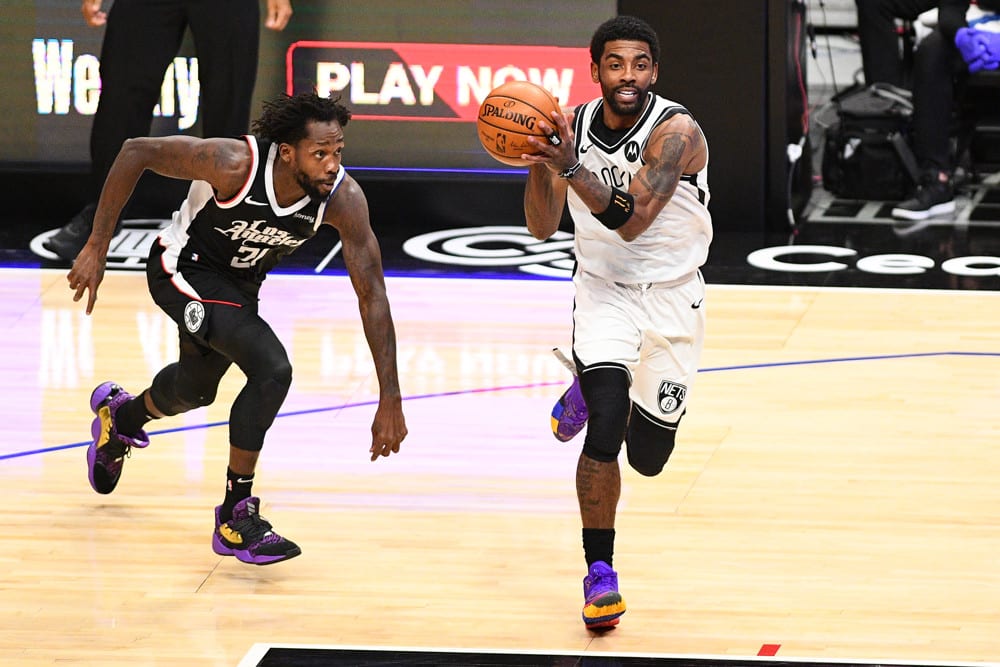 The Wednesday night action features nine games on the schedule and I will give my three favorite player props for tonight! Friday night props went a perfect 3-0 last week and I hope to continue that success tonight! Tonight the schedule has a few great matchups. The New York Knicks visit the Boston Celtics. In addition, the game of the night features a battle between the #1 and #2 seeds in the Western Conference as the Utah Jazz visit the Phoenix Suns!

(all props from PointsBet)

The big news for the Brooklyn Nets is the loss of James Harden for a minimum of 10 days due to a hamstring injury. However, the Nets get Kevin Durant back tonight against the Pelicans. First, the ball-handling responsibility will fall on the shoulders of Irving. We all know Kyrie has one of the best handles in the entire league and is a guy who can create his own shot. Second, we do not know if there is a minutes restriction on Durant returning from a hamstring injury.

In addition, I believe the scoring responsibility will land on the shoulders of Irving. In fact, over the last 10 games, Irving is averaging 29.7 points. Furthermore, Irving is coming off a 40 point performance against the Knicks when Harden left with an injury. I expect Irving to take on the scoring load and score at least 28 points tonight against a subpar Pelicans’ defense.

KAT is on a tear since returning from injury and COVID-19. In fact, over the last 10 games, Towns is averaging 27.6 points per game. Furthermore, in the month of April Towns is averaging 30.7 points per game. Also, the Indiana Pacers are struggling against the center position. The Pacers have allowed 57.7% shooting from the field and 28 points per game in the last seven days against the center position. Lastly, in a previous matchup against the Pacers, Towns scored 30 points and the Pacers are listing their front court starters as questionable for tonight’s game.