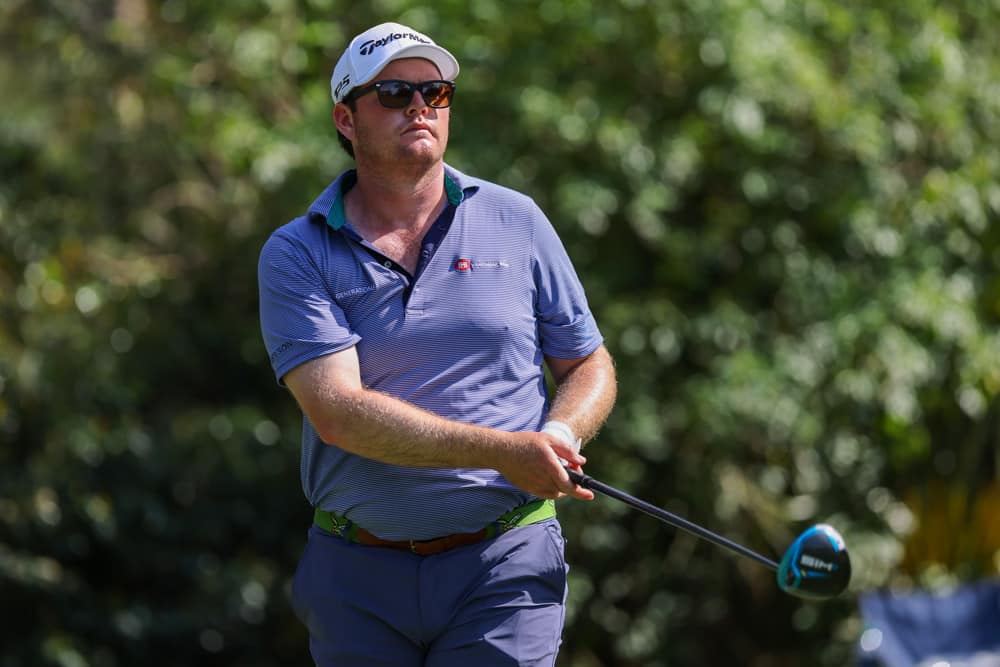 After taking last week off to rest and appreciate the carnage that was the WGC Match Play, we’re back with a vengeance this week for the Valero. The players remain in Texas and head to TPC San Antonio Oaks course for the Texas Open. There is a stacked field taking on a challenging course and gives you some good opportunities with the Texas Open DraftKings slate.

The event is in its 99th year and has been played at TPC San Antonio since 2010. TPC San Antonio opened in 2010 and was designed by Greg Norman and had Sergio Garcia as a consultant. The course is a par 72, 7,435-yard track with only the best Bermuda grass the world has to offer. Two holes have forced carries over water, and 3 of the par 5’s can be stretched out to over 600 yards. Additionally, three of the par 3’s are over 200 yards.

We had Abe to win it all last week at the match play based on his recent play. After a solid start the first 3 days we were getting excited, but that all came crashing down after a tough break in the playoff against Streelman. We’re not holding that against him and are ready to ride or die with Abe in back-to-back weeks. In his last 10 events, Ancer has gained strokes in every category. Traditionally he is surgical off the tee, but during his recent runs, we’ve seen him do it with his irons too. Most recently he was 22nd at the Players and 18th at WGC. This will be his 4th appearance at the Valero with modest finishes in the last 3 years. We’re starting off our line-ups with Abe for his win equity in this weakened field even

When the calendar turned to 2021, a page turned for Steele also. He has made the cut in 8 straight events to start the year. His best finishes in that span were a 4th at Sony and a 3rd at Honda.  In his last 10 events, he has gained strokes in every category except for the approach where he is losing 0.1 strokes.  This is his 10th year playing at TPC San Antonio, he was a winner in 2011, 42nd in 19, and has one missed the cut (2015).

Kirk is another guy who has been lights out since the new year, with 4 top-20 finishes (Sony, AmEx, AT&T, API). In his last ten events, he has gained strokes in every major category, with his T2G number at 3.5. His most recent event was the Honda where he finished 25th. He is most comfortable with Bermuda putting surfaces.  He has 6 previous appearances at San Antonio, with his highest finish being 8th in 2019, he followed that up with a missed cut last year. We’re more heavily weighted on recent play, and Kirk’s form is perfect for another top-10 weekend in Texas.

This play is based almost entirely on past history as Moore has played a pretty lackluster few months of golf. In his previous 4 appearances at the Valero, he has gone 8th, 18th, 7th, and 3rd in 2019. Some players feel really comfortable at certain courses and TPC San Antonio is it for Moore. Although he has missed cuts in 4/6 events in 2021, his strokes gained numbers in that stretch are promising, with SG:P being the only category he’s lost strokes in. Moore is at his best when he is hitting targets OTT and with APP shots, and he has never been an elite putter.  However, there must be something in these San Antonio greens because Moore has always gained strokes putting here. He is a sure-fire plug-and-play for your Texas Open DraftKings lineup despite his recent struggles.

Putnam is coming into his own with three top-10 finishes already in 2021 (WMPO, Puerto Rico, API). San Antonio compares nicely to this style of resort course where Andrew has had success. When finishing high on the leaderboard, his strokes gained T2G numbers are through the roof. However, he has struggled to find consistency with two missed cuts this season also(Sony and Players).  His game around and on the green is his strongest skill set, with Bermuda being his best surface by far. In his three appearances at the Valero, he’s posted 3 made cuts, with the 8th being his highest finish in 2018. We believe Andrew is in prime shape for a top-20 finish this weekend and is a nice piece for your lineups.

Harry has had quite the month of March finishing 29th at the Players and 19th at the Honda. After last week off, he is rested and ready to make his first appearance at the Texas Open. However, the 29-year old is no stranger to Texas golf after attending SMU. In his last 5 events, he has gained 1.6 strokes T2G and 2.9 strokes with approaches.  Higgs is also a Bermuda specialist so he will have a keen eye for these greens. We cant wait to watch the beads of sweat drip down those chest pubes on Sunday.