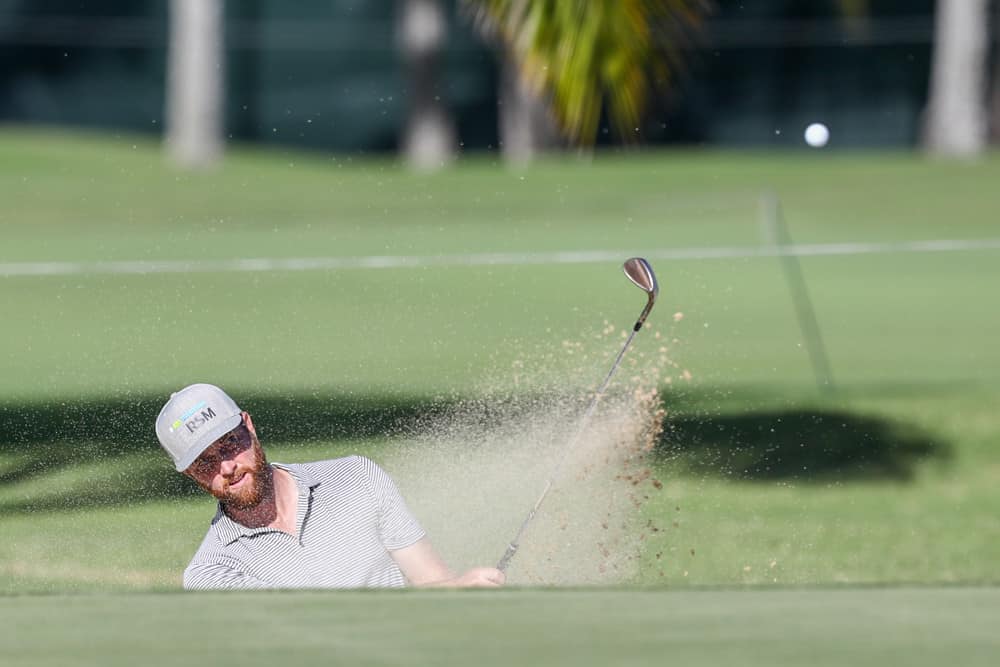 For those who missed it, check out The Valero Texas Open Preview and Betting Strategies for the types of golfers you should look to target for your picks. Using that as a guide, let’s take a look at some of the best bets to make this week. Here are my 2021 Valero Texas Open Picks (odds courtesy of PointsBet, *Promo Code SGP*).

There’s some sticker shock on Cameron Tringale’s price this week. 33/1 for a guy who has never won on the PGA Tour. But his form recently is worthy of a champion. Over his last 16 rounds, he has gained over 1.3 strokes per round tee-to-green. He checks a lot of boxes of a contender this week. He’s consistent off the tee, strikes his irons well, and is a great scrambler. Against a weak field at the Valero Texas Open, he could pick off his first career win.

My co-host from the Golf Gambling Podcast always cautions me that I have a blind spot for Chris Kirk. While that may be true, the data behind that love is not. Chris Kirk has one of the best course histories of anyone in the field at TPC San Antonio. He’s struck the ball supremely well tee-to-green over his last four tournaments. He’s a very consistent ball striker who also scrambles very well. Like Cameron Tringale, he checks a lot of boxes. If that game shows up this week, there aren’t many guys in the field capable of beating it.

Keegan Bradley’s ball-striking has been phenomenal. No one doubts his ability tee-to-green. What has always been bothersome for Keegan has been his putting. Over his last 50 rounds, Keegan Bradley is losing 0.78 strokes per round putting to the field. But as of late, while it’s still bad it’s not quite as offensive. Over his last 16 rounds, he’s losing only 0.24 strokes per round to the field on the greens.

This event has seen players overcome woeful putting deficiencies and ball strike this tournament to death. In 2014, Steven Bowditch lost 0.61 strokes per round putting, yet led the field tee-to-green to grab the win. And in 2019, prominent #TeamNoPutt ambassador Corey Conners grabbed an improbable win. There’s a path for a player like Keegan Bradley to win the event. He’s a great pick to return to the winner’s circle at the Valero Texas Open.

Doug Ghim is a future winner on the PGA Tour. Why not this week? Ghim has delivered multiple solid performances since the beginning of the 2020-2021 season to suggest he’s ready for the big breakout. He’s a consistent ball striker and a good scrambler. Those are great attributes to have for a guy 80/1 to win this week.

For as much acclaim as Harold Varner III gets, it’s odd that he hasn’t won on the PGA Tour yet. His lone victory came over on the Australian Tour when he won the Australian PGA Championship in 2016. Since then, it’s a barren wasteland.

Russell Knox is another player with consistent ball striking numbers that suffers on the greens. Knox is a fairly accurate player off the tee who also hits his irons very well. He’s also a good scrambler. Knox would benefit from harder wind conditions to make this tournament a contest of ball striking and scrambling. That’s currently the forecast. Maybe mother nature will make Russell Knox the pick to win the Valero Texas Open this week.

Si Woo is a really volatile player, especially off the tee. But if he can do a good job keeping the ball in play he has really good upside. He’s one of the better iron players and scramblers in the field. That’s a great combination for a windswept TPC San Antonio and a reason why he has a great course history there. Pick Si Woo Kim for a Top 10 at the Valero Texas Open this week.

Despite not having a victory, Ryan Moore has the best course history at TPC San Antonio of anyone in the field. In four career finishes, he’s never finished lower than T18 and has three Top 10’s to boot. His ball-striking numbers look great heading in, but he’s struggled badly on and around the greens. That might put a cap on his upside in the event, but it still should be good enough to get a Top 20 finish.

Matt Kuchar was very impressive at the WGC-Match Play. But he played well over 100 holes across Wednesday through Sunday, and he has the Masters next week. He’s over 40 years old, and there has to be some fatigue or hangover that’ll affect him this week. He’s paired up with Zach Johnson, who currently is struggling with his ball-striking. But his greatest strengths in his irons, scrambling, and accuracy is elevated at a place like TPC San Antonio. He also has a very strong course history there. Pick Zach Johnson to beat Matt Kuchar straight up at the Valero Texas Open.

The wrong player is my favorite. Harry Higgs has gained more strokes per round over each of their last 50 rounds and 16 rounds. Harry Higgs is a better ball striker than Adam Long too. Adam Long also did not play well in his lone appearance at TPC San Antonio, while Harry Higgs makes his debut there this week. Considering the line is backwards, Harry Higgs is the pick to beat Adam Long in the tournament.