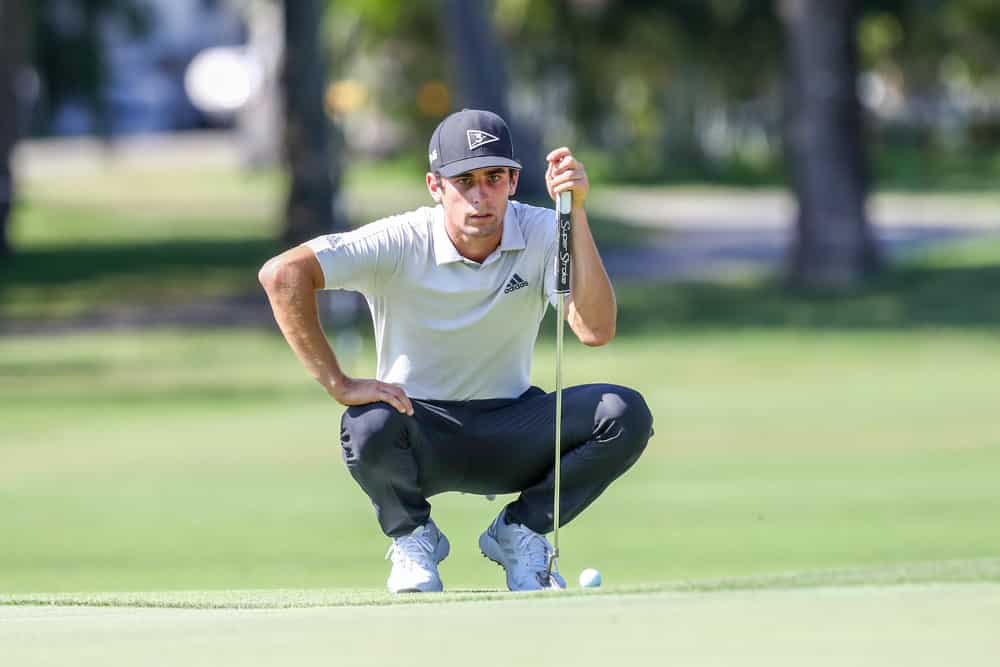 For those who missed it, check out The Honda Classic Preview and Betting Strategies for the types of golfers you should look to target for your picks. Using that as a guide, let’s take a look at some of the best bets to make this week. Here are my 2021 Honda Classic Picks (odds courtesy of PointsBet, *Promo Code SGP*)

Before getting into the picks, let’s take a look at who has won this tournament in the past.

Like at Pebble Beach, the trend lately is either the top of the card or a long shot takes down the Honda Classic. Both events are on short courses that shrink the talent gap between elite and middling players. Both courses also feature very weak fields. As such, my outrights this week will follow this basic pattern. A few guys up near the top of the card, and then taking stabs at long shots.

With the volatility of this tournament, it also might be beneficial to either take some each way with the outrights (if your book offers it) or double up on positional props on them. Particularly with pairing longshot outright wins with either a Top 10 or 20 prop.

If you can find Joaquin Niemann still at 20/1, go grab it. The number is coming down in a hurry. I grabbed it early in the week before I realized all the steam that would be on him from gamblers. I don’t love that he’s a public darling but he checks a lot of boxes for a gambler. He’s a fantastic ball-striker, he can grind out pars with great scrambling and he has a great history on other positional golf courses. At this price, he’s a great pick to win the Honda Classic.

Anything that could have gone wrong for Chris Kirk in Round 4 at the Players Championship did. Kirk was miserable tee-to-green on Sunday to plummet from the Top 10 to a T48 finish. One bad round doesn’t spoil the entirety of the work he’s done over the last few months. Kirk has rejoined the ranks as one of the most solid players on the PGA Tour following his bout with alcoholism and anxieties. In his present form, he’s an accurate player off the tee who doesn’t card a ton of bogeys on the scorecard. His ball-striking with his irons has also been strong. Against a weak field, this could be the week that Chris Kirk reclaims a trophy.

Cameron Davis has slipped under the radar because of two poor tournaments in a row. He enters the Honda Classic on a streak of two consecutive missed cuts. Some of his problems are coming off the tee. Davis has lost strokes off-the-tee in three consecutive tournaments. His scrambling and putting have also been a concern. Nevertheless, Davis is a wonderful ball striker tee-to-green and might benefit to play a less-than-driver golf course. His struggles with the driver will be mitigated if he’s hitting irons and hybrids more often than not. Davis is usually a good putter, and regression to his mean might be on the horizon. Despite his recent struggles, he’s a strong pick to win the Honda Classic.

Unfortunately, PointsBet’s odds on Ryan Moore are higher than the market. But for those without access to this book, shop his price around because it could be had for better odds. Nevertheless, Moore is the consistent and accurate ball-striker who thrives at positional golf courses. While his course history is terrible, the volatility of this tournament makes him a viable contender for the win.

James Hahn possesses similar attributes as Ryan Moore does. Hahn is a solid ball striker who doesn’t make many mistakes on the scorecard. He also has good touch around the greens and can run hot with the putter. A longshot pick on James Hahn is worth it for the Honda Classic.

Tom Hoge came close at Pebble Beach about a month ago. Why not at PGA National? Hoge is a very solid iron player and has the ability to putt well in any given week. That’s a good formula for success this week at the Honda Classic.

Matthew NeSmith has run into a wall over his last few tournaments. He has missed the cut in his last two tournaments. Overall, however, NeSmith is a tremendous ball striker tee-to-green and should bounce back after a poor showing at TPC Sawgrass. He also showed well at PGA National in his debut last year. Pick Matthew NeSmith as one of your longshots for the Honda Classic.

Positional golf courses like PGA National set up well for John Huh. He’s not a long-player, but he’s very accurate tee-to-green. He’s a consistent and complete player who doesn’t get into too much trouble on the golf course. Huh is worth a longshot pick this week.

It’s been a very rough stretch for Sepp Straka. He has missed the cut in four of his last six events on the PGA Tour. It seems like a very long time ago that he had a T5 finish at the 2020 Houston Open. Maybe he can replicate what Keith Mitchell did in 2019. He also entered the tournament on a cold streak, but he leaned on his ball-striking strengths to grab an improbable win. Sepp Straka’s best attribute is his solid ball striking, and especially with his irons. He’s also played well in this tournament before. This could be his week to shine.

I’m surprised Wesley Bryan‘s name hasn’t been floated out there more as a longshot pick to win the Honda Classic. He’s only played in two events in calendar 2021 but made the cut in both of them. His long-term ball-striking numbers look very good. And he’s played pretty well in this tournament before. There’s a lot to love about Wesley Bryan this week at 125/1.

Admittedly, I’m not a fair judge of Henrik Stenson. I love Henrik Stenson. He’s one of my favorite players. Maybe it’s seeing him 150/1 or lower on all the books this week that has me fired up to bet him despite his absolutely awful form lately. But like Justin Thomas showed last week, things can change pretty quickly on the PGA Tour for high-caliber players who are struggling.

Is Henrik Stenson still of that caliber? I’m not sure. But if he is, this is the perfect golf course for him. At his peak, Stenson is a machine tee-to-green and is more than comfortable grinding out pars. We have no idea if he found something between his near-dead last performance at TPC Sawgrass and when he steps on to the first tee at PGA National. Bet him at 150/1 to find out if there’s anything still there.

Everyone seems to be burying Adam Scott this week. His ball-striking lately has been absolutely atrocious, while his scrambling and putting has saved him. Most of his struggles have come off the tee. He has experimented with both a lighter shaft and a longer 48-inch shaft in order to try and get more distance. That endeavor has failed and his results have suffered. Over the weekend at TPC Sawgrass, Scott switched to a new shaft and driver head in hopes to improve his play. In addition, PGA National is not a driver-heavy golf course and he can rely more on his irons and fairway metals off the tee. With everyone sleeping on Adam Scott, he could surprise for a decent finish.

Jim Furyk is a popular pick to win the Honda Classic. At age 50, that’s probably a little too ambitious. But despite the age, Furyk has shown he can still get around on these short, less-than-driver golf courses on the PGA Tour. His ball-striking both over his last 50 rounds and 16 rounds has been very strong. And he has the accuracy tee-to-green to avoid big numbers on the scorecard. While betting Furyk only for a Top 20 isn’t as sexy as betting him 125/1 to win, it’s probably the smarter play.

This event is great for those who subscribe to #TeamNoPutt. After all, of anyone with at least 10 rounds at the golf course notoriously woeful putter Byeong Hun An leads the field in strokes gained per round.

Enter Aaron Wise, an equally gifted ball-striker, and an equally horrific putter. Over his last 16 rounds, Aaron Wise has gained 0.8 strokes per round tee-to-green. He is losing 1.18 strokes per round putting over that same stretch. Still, PGA National is a place that rewards solid and consistent ball-striking and lets a poor putter mask his weaknesses on the greens. Wise has performed well in this tournament before and could be in for another good finish.

Those who listen to the Golf Gambling Podcast know all about my frustrations with Sungjae Im. But he shouldn’t be this big of an underdog to Daniel Berger in a matchup. Both players are gaining about the same amount of strokes per round over their last four tournaments. Both of them have a really good course history at PGA National. And Berger is currently battling a rib injury. Bettors might be one Daniel Berger mid-round WD away from cashing this bet no matter how well Sungjae does. And if not, Sungjae still has a good chance of coming out on top on Berger in the tournament.

Both players had three really good rounds and one poor one at TPC Sawgrass last week. But this matchup shouldn’t be a coin flip. Over their last 50 rounds, Doug Ghim gains about 0.4 strokes per round more than Dylan Frittelli does. And over their last 16 rounds, Ghim is gaining over a stroke more per round than Frittelli. Ghim is a better ball striker and putter than Frittelli is over the long term too. Ghim is the pick here.