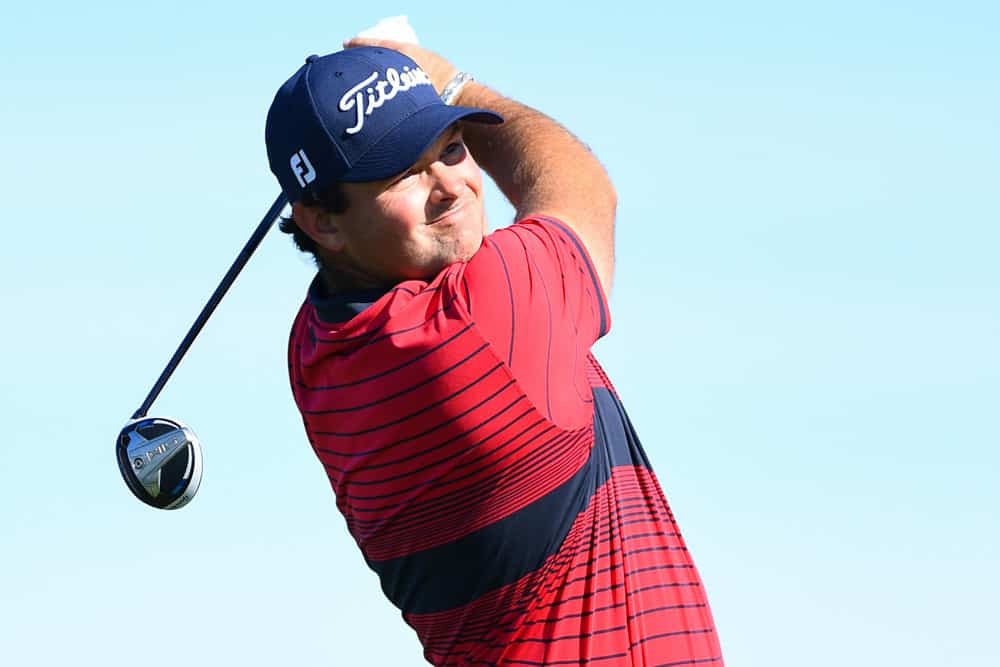 Those who listen to the Golf Gambling Podcast are aware that I’ve been one week too early on an outright in four of the last five weeks. So I’m going back to a guy I had an outright on at the WGC – Workday Championship to win at Bay Hill. Patrick Reed has struck the ball solidly over his last few outings and thrives on tough golf courses.

While Bay Hill should play gently the first two rounds, forecasted winds will turn the leaderboard upside down over the weekend. Reed can prevail in a war of attrition to come out on top this week.

Paul Casey is on fire with his ball-striking. Over his last 14 rounds, Casey has gained 1.84 strokes combined off-the-tee and with his approach shots. But his recent success is primarily attributed to fixing the weakest part of his game – putting. The flat stick helped Casey win the Omega Desert Dubai Classic and propelled him to a solid finish at the AT&T Pebble Beach Pro-Am.

Paul Casey is exactly the consistent ball striker tee-to-green a bettor should target this week. If the form with the putter continues, he could capture another trophy on the PGA Tour.

Louis Oosthuizen has never won a tournament on American soil. Given his decorated history and close calls at majors, it’s befuddling why he has never been able to close the deal. I think this is the week the winless streak comes to an end. Over his last two tournaments, Oosthuizen has gained almost nine strokes tee-to-green, primarily from off the tee and with his scrambling. And he’s putt fantastic over his last four tournaments.

A trouble spot of Louis is with his irons, which have not been sharp. However, he’s improved his performance with his irons over his last four tournaments. That tells me he’s close to being the complete player needed to contend for a victory. At Bay Hill, Louis could finally prevail and gives you nice odds to lead myArnold Palmer picks.

It seems silly for me to not bet Sam Burns after his close call the week I backed him at the Genesis Invitational. For all the reasons I liked him at Riviera the same still applies to Bay Hill. What may give bettors pause is his high odds to win. At Riviera, he was 125/1 to win. As of today, some books have him even under 40/1.

There is precedent for a young player with significant steam and good form entering Bay Hill with a curiously high price. Matt Every entered Bay Hill in 2014 with a string of solid finishes and close calls. But because of his lack of history or pedigree, his price that week may have given some people pause to bet it.

Matt Every went out and won anyways.

If you’re like me and backed Burns at Riviera, pay up for him again. He’s going to win on the PGA Tour, and the win will come soon.

If I like Sam Burns this week, of course, I have to like his clone in Cameron Davis. Davis possesses all the attributes that Burns has, but at a much lower price. Davis is a long hitter who can blow past many trouble spots on the golf course. He’s fantastic with his irons. And he’s a tremendous putter. For those debating whether to bet either Sam Burns or Cameron Davis this week, why not just bet both?

Those who love Sungjae Im for an outright this week (who will be discussed below) should also love Rickie Fowler. Both players are in similar spots heading into this tournament. Each of them thrives at this golf course and putt well on Bermuda greens. They each have demonstrated strong form in one or two areas over the last five tournaments. But neither has been able to cobble it all together for a strong finish.

Rickie Fowler hit the ball great at the American Express, the Farmers Insurance Open, and the Waste Management Phoenix Open. But his putting was absolutely abysmal. Then at Riviera things finally seemed to click with the putter, but he struggled tee-to-green.

Fowler is close. He’s a proven PGA Tour winner and he’s demonstrated enough in each area of the game to suggest a high finish is coming. At 80/1, I’m willing to find out if this is the week it happens.

As mentioned above, Sungjae Im has not been able to put together the complete package over his last few tournaments. He’s sabotaged a good finish with an area of his game that was way out of whack. While I wish his outright price was lower given some of his recent struggles, betting him as a Top 10 at +235 is a compromise I’m willing to make. Im’s track record both at Bay Hill and Bermuda golf courses speaks for itself. If he winds up winning, so be it. At least I’ll have a piece of his success at this price.

Continuing the theme of being one week too early, I’m going back to the well with a Tommy Fleetwood Top 10. Fleetwood overall struck the ball fine tee-to-green at The Concession. The problem was he lost six strokes putting over four rounds. Fleetwood’s recent putting on Bermuda greens in the Middle East suggests a bounce back in some capacity. Fleetwood has contended in this tournament before, and I expect another good showing again this week.

Those who backed Will Zalatoris at The Concession got screwed royally. As someone who had him in a Top 20 prop and head-to-head against Max Homa for the tournament, I feel your pain. Zalatoris entered the final hole comfortably inside the Top 20 and two clear of Max Homa on the leaderboard. He then proceeded to four-putt the final hole, falling outside the Top 20 entirely and pushing his matchup with Homa.

I’m doubling down on Zalatoris here to try and get my money back. While I have a slight hesitation that this is his Bay Hill debut, his fantastic ball-striking gives him a high floor to feel comfortable backing him on a Top 20.

Corey Conners has never made the cut at Bay Hill. With how good and consistent a ball striker he is, it’s baffling he hasn’t done enough to even make the weekend. His problems at Bay Hill stem from complete ineptitude on the greens. In four rounds, Conners has lost over 3.6 strokes putting total. Recently, Conners has performed about field average with his putter. That’s a very good clip for a player who typically struggles. If he can putt field average, a breakthrough finish is easily attainable given how great of a ball striker he is. Conners is a strong candidate to help you cash on your Arnold Palmer picks.

It was a rough WGC for Robert MacIntyre. He was a popular sleeper last week at The Concession because of his strong play on the European Tour. He thanked his backers with a T61 finish. What went wrong for MacIntyre was his irons, an area that he typically doesn’t struggle with. MacIntyre lost over six shots on approach at The Concession, an absolute no-no for a demanding golf course.

MacIntyre hit it very well tee-to-green in the Middle East, and he hasn’t suddenly forgotten how to play. Bay Hill also resembles some of the Middle Eastern golf courses that he recently played. Abu Dhabi GC, Emirates GC, and Royal Greens G&CC all are windswept firm Bermuda golf courses with numerous water holes. Nothing that MacIntyre sees at Bay Hill should come as a surprise.

His opponents for this prop are Russell Knox and Martin Laird. Knox is a great ball striker, but his course history at Bay Hill is abysmal. While Martin Laird is a former winner, he enters this tournament with poor ball-striking. Bad ball striking gets exposed at Bay Hill.

MacIntyre should do enough to at least beat these players in what amounts to essentially a three-ball.

Branden Grace’s win at the Puerto Rico Open was a touching one. He recently lost his father to COVID-19 and has played inspired golf since then. However, Grace overall has struggled with his ball-striking and may be in for a letdown following the emotional win. He also has a very poor history at Bay Hill. As for Charley Hoffman, he is striking the ball great. Over his last 14 rounds, Hoffman has gained 0.92 strokes per round tee-to-green. That includes gaining 0.80 strokes per round with his irons. Hoffman should beat Grace straight up.

A classic matchup of riding a good ball striker over a poor one. Henrik Norlander is a wonderful player both off the tee and with his irons. He also putts very well on Bermuda. While Maverick McNealy is also a good putter, Bermuda is not his strongest putting surface. He also is a significantly worse ball striker than Norlander is. McNealy is both short and inaccurate off the tee and does not strike his irons well. Norlander should beat McNealy at Bay Hill.

Harris English has struggled with his ball-striking since winning in Kapalua. He’ll need to fix that in a hurry if he hopes to turn things around at Bay Hill. He’s up against Jason Kokrak this week, who is both hitting the ball great and putts well on Bermuda. He also has great course history at Bay Hill. Kokrak should be able to beat English in this coin-flip matchup.