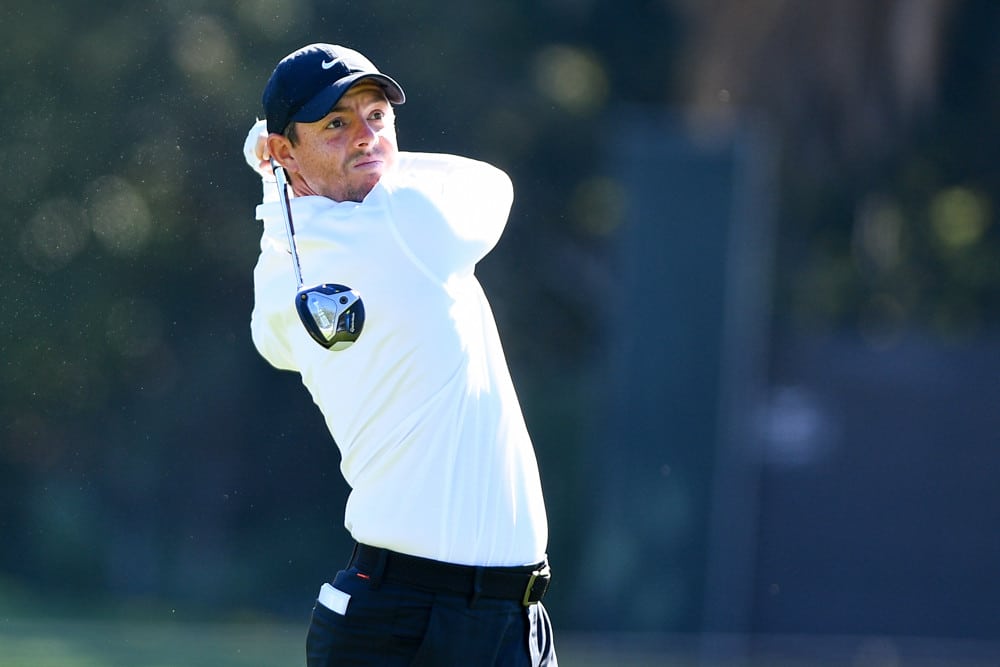 Week 2 of the Florida swing is upon us and that means two straight weeks putting on Bermudagrass. Players their favorite putting surfaces. Last week we saw Horschel and Koepka tweet about how happy they were to play Bermudagrass, and they both proved it was warranted excitement. This week we head to Bay Hill Club and Lounge for the Arnold Palmer invitational. Bay Hill plays as one of the hardest courses on tour every year. Originally opened in 1961 and re-designed by Arnold in 2009, Bay Hill has hosted the Invitational since 1979. That gives us a ton of course history data. Other Arnold courses include PGA West, TPC Twin Cities, and TPC Boston. Bay Hill should provide plenty of great action for DraftKings golf contests to cash on.

The players will face a par 72, 7409-yard track with wide-open fairways and small greens. In 2019, Bay Hill ranked 2nd in proximity to the hole, forcing many players to make long challenging putts. That year Tyrell Hatton won the tournament with a -4 score, one of 4 players to have an under-par round. The winning score is typically around -11 so we will expect that this week. Other previous winners include Molinari (19′), McIlroy (18′), Leishman (17′), and Day (16′). Consistencies in top finishes at the Arnold include strokes gained off the tee (SG:OTT), strokes gained ball striking (SG:BS) and strokes gained putting (SG:P). Take a look at players who putted the rock exceptionally well on TifEagle Bermuda last week and that will give you an indication of who will read the greens well this week.

We are starting our lineups this week with Rory. Rory enters the tournament as the betting odds favorite and with good reason. He is coming off a 6th place finish at last week’s WGC. He gained 8 strokes OTT,3.5 ARG, and 2.5 putting. Not only is Rory starting to find his groove, but he also has great course history here at Bay Hill. He won this event in 2018, took 6th in 2019, and 5th last year. Although he is the most expensive golfer, the price tag is worth it for your DraftKings golf lineup.

Since the Tour Championship in September the 22-year old and former rookie of the year has only missed one cut (RSM) while posting 6 top-20 finishes including a 2nd at the Masters. Sungjae is a big fan of the Florida swing. He’s finished 3rd here the last two seasons, 4th at Valspar in 19′ and has a win at the Honda in 2020. He finished 28th last week after a hot -4 start on Thursday and followed it up with a +2 round on Friday. Over his last 5 events, he has gained 2.3 strokes OTT and 2.1 strokes putting. It is obvious he has emphasized putting in his practice sessions as he’s up a full stroke in the last 6 months. Additionally, Bermuda is by far his best putting surface. Here’s to this studs second tour win, and second Florida win in as many years.

Your 2019 Arnold Palmer champion was not in the field last season as this was during his time away from golf. Look back to our previous articles where we discuss his departure and return to PGA. He is nearing the level of play we used to expect from him weekly. So far in 2021, he’s posted 3 top-10’s in four starts, and still has room to grow. You can be sure he will be in our player pool for many weeks to come. A course like Bay Hill that requires an all-around game is perfect for Francesco to get his first win back. Traditionally, putting has been the poorest aspect of his game, but since his return, he has gained strokes on Bermuda surfaces.

Gooch is making his third appearance at the Arnold. In his previous two attempts he was 13th (20′) and 26th (18′). The 29-year old Oklahoma State grad is another player who loves the Florida swing tacking on a 20th and 38th at the Honda past two years. Most recently he was 12th at the Genesis but is still searching for his first tour win. He sets up well for this course in that he typically does most of his scoring off the tee and putting. This is not a critique on his iron play, as that has become better than the tour average as well. In an invitational with 123 players and the top 65 making the cut, we expect Taylor to be well within that range, if not nearing the top of the leaderboard. Making cuts can help you cash big in DraftKings golf contests.

The South African is our wild card play of the week. He finished in 32nd place at last week’s WGC and did not strike the ball particularly well. With that said, he is an excellent Bermuda putter and has a solid ARG game that will come into play this week. Bezuidenhout also finished in 18th place at last year’s API. Between course history and a strong ARG game, we are hoping for another top 20 finish.

Matthew Nesmith is our low play of the week. We believe he is undervalued here to be in the 6k range. Nesmith is coming off three top 20 finishes in his past three events. He has gained over 4 strokes on approach in his last 5 events and is also an excellent Bermuda putter.  He missed the cut here last year, but with the way he has been playing, we are going to ride the hot hand. As with any type of DFS, DraftKings golf will require you to hit on a value play. NeSmith is the kind of player who will carry you into the money.