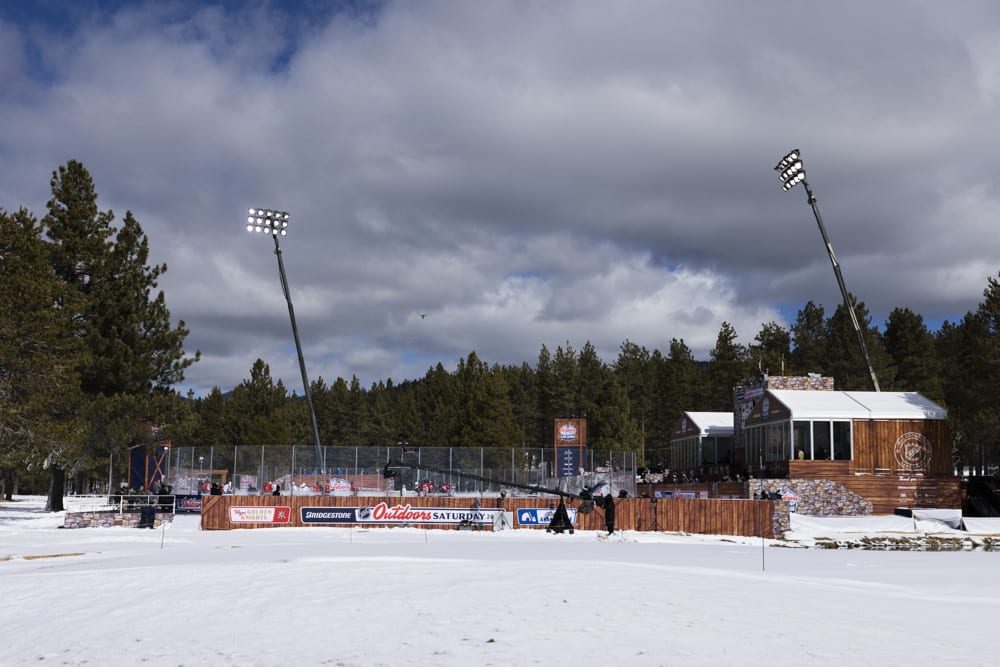 The NHL’s two outdoor games at Lake Tahoe will conclude on Sunday. The Boston Bruins and Philadelphia Flyers will take the ice at 7:30 p.m. EST (4:30 p.m. local time) for the second and final game at Lake Tahoe.

The game was slated to start in the afternoon but it has been pushed back after some worrisome ice conditions during Saturday afternoon’s game. Those ice conditions forced the game to pause after one period of play and resume at 9 p.m. local time (midnight EST).

It’s going to be another great outdoor event with fantastic views on Lake Tahoe. Let’s try to make the game even more enjoyable with some bets along the way.

The Boston Bruins are heavy favorites in the game at -180 with the Philadelphia Flyers at +160.

This will be an unusual outdoor game taking place at a neutral site, a golf course, so the home-ice advantage won’t be there. Let’s take a look at some other trends.

This is the second outdoor game between the Flyers and Bruins. The Bruins beat the Flyers at Fenway Park, 2-1 in overtime, in the 2010 Winter Classic.

There is also a distinct chance that this game will go to overtime. Two of the Flyers-Bruins four games this season have gone to overtime, and that has been an outdoor trend recently as well.

Outdoor games are always a bit funky and anything can happen, but this game looks like it could very easily be one-sided.

Not only have the Bruins beat the Flyers in all four meetings so far this season, but Philadelphia will be without a few key players as well. Claude Giroux, Travis Konecny, and Jakub Voracek are among six Flyers regulars that will miss the game due to COVID. The Flyers essentially have half of their usual forward group available to them. They lost 3-2 in a shootout to the Rangers in their first game back.

The Bruins will be without a few players, too, but they’ll have their big three and most of their top players. Second-line center David Krejci will miss the game after being injured in Thursday night’s loss. They will also be without defensemen Matt Grzelcyk, Jakob Zboril, and Kevan Miller.

The Flyers have yet to beat the Bruins this season and I don’t see that happening with most of top-six forwards out.

Given the ice conditions and typical nature of outdoor games, I’m leaning to the under 5.5 goals here.

Three of the four Flyers-Bruins games this season have had seven or more goals. In fact, the Bruins have scored four or more goals in three of those games. However, I’m not sure how much offense the Flyers are going to be able to muster given their lineup and the potentially poor ice conditions.

I think the Bruins will hold up their end of the bargain with three or four goals, but I don’t see the Flyers getting more than a goal or two. If they both hit the high end and it’s a 4-2 game, so be it. I’m liking the chances of a 3-2 or 4-1 game on Sunday night.