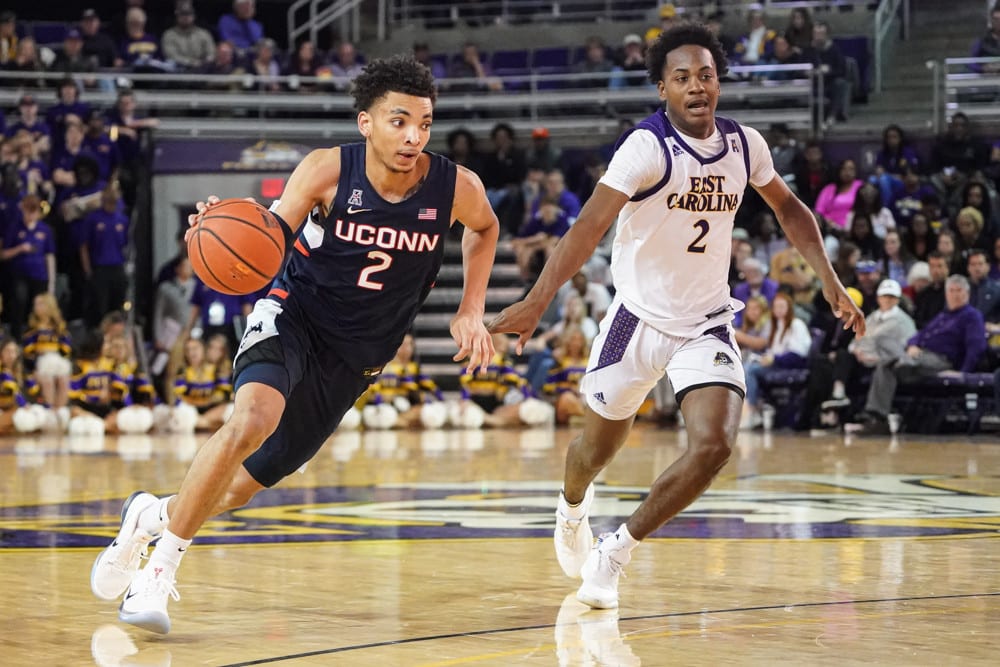 Welcome back Fantasy College Basketball fans. We’re in the midst of the stretch run as the regular season is beginning to wind down. March Madness is within our sights. We got a huge weekend of ball games on the horizon so let’s jump in and play some DraftKings NCAAB DFS.

Here are the plus and minus matchups for Saturday and Sunday plus some targets for the early Saturday DraftKings slate. Reach out to me on Twitter for thoughts on Saturday night and Sunday games when the slates become available.

UConn at Villanova: What these two teams lack in tempo, they make up for in offensive efficiency. It will be a battle of two top 40 offenses and James Bouknight is finally back in the lineup for the Huskies.

Illinois at Minnesota: The only issue here is which big-name, high-priced guy do you go with: Ayo Dosunmu or Kofi Cockburn for the Illini or Marcus Carr for the Golden Gophers?

Texas Tech at Kansas: The first matchup between these teams saw Kansas win an ugly game, 58-57. Expect a similarly low-scoring game between two top-20 defenses this time as well.

He’s back! UConn’s best player returned earlier in the week after going down with an injury back on January 5th. As you might expect, he was eased back into action and only played 25 minutes. However, in those limited minutes he still registered 29 fantasy points. The Huskies are on the bubble and need W’s. Now with a game under his belt, I expect Bouknight to play 30+minutes vs a top-10 ranked Villanova squad. Roster him at this price because it’s only going to go up.

Georgia might be a mid-to-bottom-tier team in the SEC, but they have a couple of young guards who are really making a name for themselves. While sophomore Sahvon Wheeler ($6.7K) has been outstanding all year long, true freshman K.D Johnson is really coming on of late.

Over the last three games, Johnson is averaging more than 32 fantasy points per contest and is putting up better production than Wheeler while still being $400 cheaper. I’m all over this Bulldog.

The Wolfpack have a couple of young guards who are getting more burn since Devon Daniels tore his ACL. Cam Hayes just played 33 minutes in a win over Pitt and put up over 30 fantasy points. Over the last two games, Shakeel Moore has played 23 mins in each game while also exceeding 20 fantasy points in each.

I like this matchup against a bad Wake Forest D. I’d prefer Hayes but if money is tight, Shakeel Moore is a nice option too. 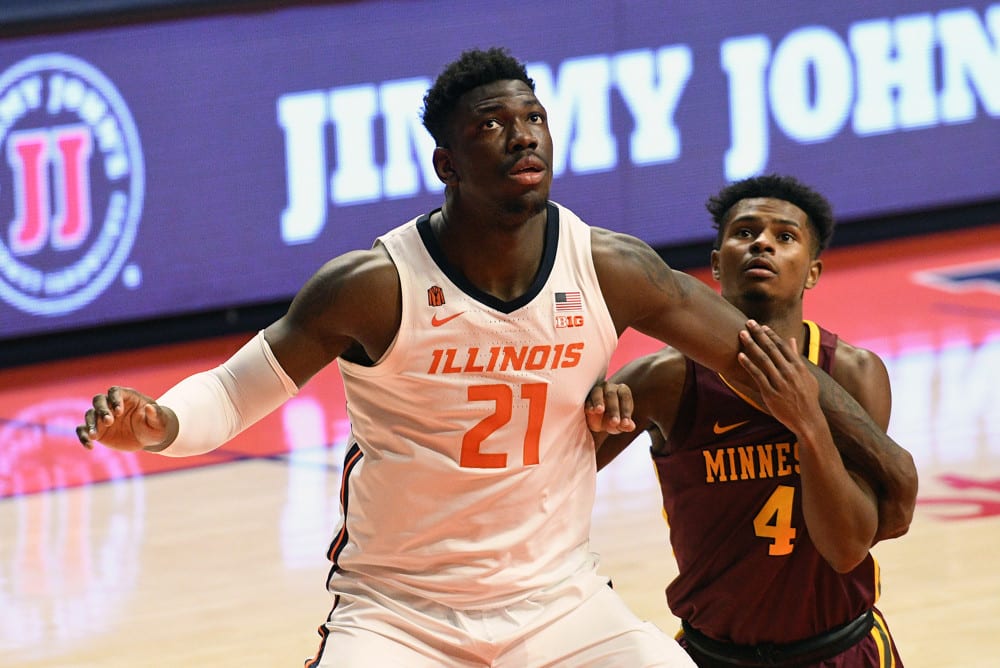 You may have noticed that I highlighted relatively inexpensive guards for this weekend. With so many attractive and inexpensive options on the perimeter, it means we can spend up on the big boys.

Apparently, Cockburn likes life on the road as the big fellow is averaging 40+ fantasy points over his last three road games. In the first game vs Minnesota this year, all he did was put up 33 points, 13 boards, and a couple of blocks.

In Kentucky’s last game vs Vandy, Brooks Jr somehow put up 28.8 fantasy points while only scoring two actual points. I guess nine rebounds, five assists, four blocks, and a steal will do that. DraftKings NCAAB DFS is not just about putting the ball in the hoop!

Brooks Jr now has consecutive games over 28 fantasy points and registered 42.8 points against Tennessee in their first matchup this year. I love that production at such an affordable price.

Here’s my roll of the dice for the Saturday AM slate. A couple of weeks ago, I rostered Smith for only $4.2K vs Alabama and he came thru with 27 fantasy points. Unfortunately, he followed that game up with a couple of duds against Ole Miss and Arkansas. Maybe back on track, the G/F put up 25.8 fantasy points against UGA earlier in the week. Additionally, he had success vs SC in their first matchup this year where he dropped 18 on the Gamecocks.  There’s high variance here but a high ceiling as well.

Michigan at Ohio St: Two top-10 offenses! Not only is this the best matchup of the weekend, but it’ll have major DFS implications as well.

Penn State at Iowa: While we all know about Garza and Weiskamp for Iowa, the Nittany Lions have a few guys who have been putting up solid fantasy production all year. Plus, it always pays to fade this Iowa defense.

Wisconsin at Northwestern: Steer clear of this game. In the first matchup, NW only mustered 52 points. Wisconsin’s offensive players are too inconsistent for me, as well.

Butler at Xavier: Just look at the numbers below. This Big East game will be a grinder.