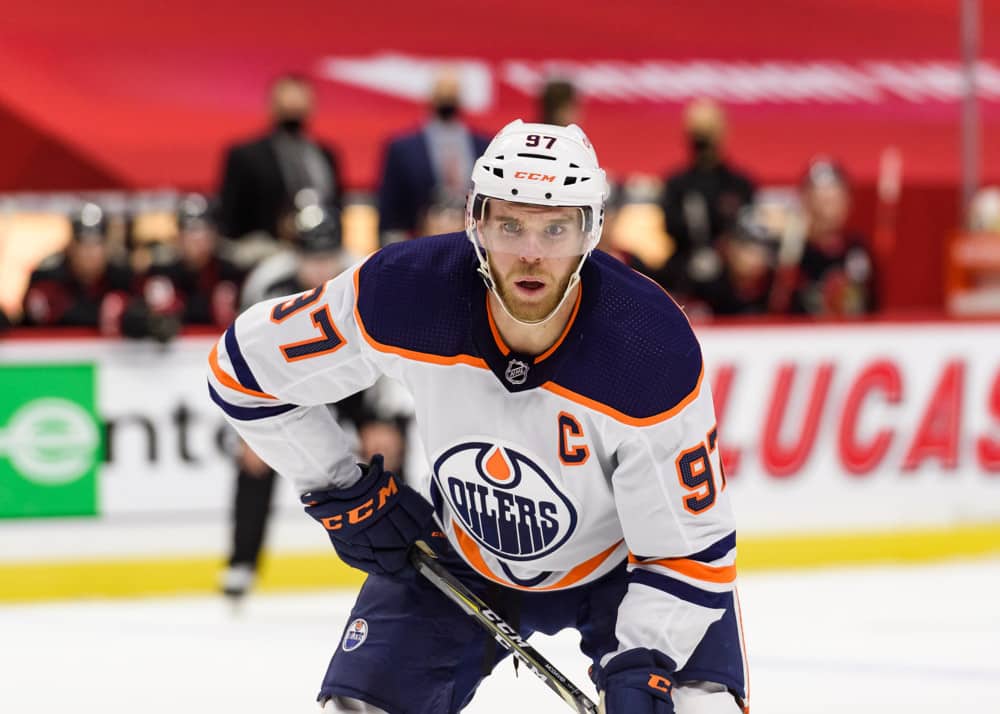 While most people have been watching basketball every night, others have been focused primarily on hockey. With about 20% of the games in the books, it is time to start separating the contenders from the pretenders. The NHL Stanley Cup Playoffs are always unpredictable so it might be worth a sprinkle on some longshots to lift the trophy in several months. As a result, let’s look at some hockey teams that possess some value as Stanley Cup sleepers.

The Central Division is extremely stacked so you have to do a big of digging in the standings to find the Carolina Hurricanes. Despite being tied for fourth place, Carolina has an 9-3-0 record while looking incredibly sharp up to this point. The Hurricanes have relied heavily on their elite offense over the past few seasons and it resulted in consecutive NHL Stanley Cup Playoff appearances and an Eastern Conference Finals appearance so this team possesses a decent amount of experience.

Carolina has Sebastian Aho and Andrei Svechnikov who have the ability to take over any game at any time. Both of them recorded at least three goals in the postseason last year as the Rangers had no answers for them in the first round. This season, both of them have looked extremely sharp once again. Without them, there is no way that Carolina would be averaging the 11th-most goals per game this season.

The only issue surrounding the Hurricanes is the goaltending which has been a bit of a problem in recent seasons. However, James Reimer has been fantastic in net this season as he has a 6-1-0 record along with a 3.11 GAA so he might be the answer to Carolina’s problem. Dallas proved last season that a hot goalie can lead to a deep playoff run and Carolina can follow that blueprint in 2021.

Even though St. Louis had a disappointing performance in the NHL Stanley Cup Playoffs last season, the Blues still have a lot of key contributors from the championship team two seasons ago so they might be a bit undervalued. St. Louis is in possession of second place in the West Division despite losing each of its last three games. The Blues have the experience and the depth to wear down opposing teams over seven games and they should be pretty motivated this season after getting embarrassed by Vancouver in the first round in 2020.

While St. Louis does not have the most talented team in the league, it is one of the most fundamentally sound teams in the league and that is what makes the Blues so dangerous. St. Louis has the fifth-best penalty kill in the league while also looking sharp in even strength situations. As a result, the Blues should be able to make some noise over the next few months.

St. Louis’ issue this season has been its offense which ranks 16th in the league in terms of goals per game. However, the Blues are still without their best player in Vladimir Tarasenko who is out indefinitely due to a shoulder injury. According to recent reports, Tarasenko’s rehab is going well and he should return in a few months. If Tarasenko returns for the NHL Stanley Cup Playoffs, he can single-handedly correct St. Louis’ offensive issues.

While the North Division appears to be Toronto’s to lose, Edmonton is being a bit overlooked. Edmonton is currently in third place in the division with a 9-7-0 record while also winning six of its last seven games. The Oilers have the ability to outscore any team in the league as they are tied for seventh in goals per game. If Edmonton’s offense continues to roll, then it can make some serious noise over the next few months. The Oilers are one of a few Stanley Cup sleepers.

When it comes to elite talent, Edmonton might have the best duo in the league since Jagr and Lemieux. It is very rare to have two Hart Memorial Trophy winners on the same roster and that is what separates the Oilers from every other team in the league. Connor McDavid and Leon Draisaitl are ridiculously talented and they are unstoppable together on the power play. Both of them have at least 26 points apiece through just 16 games as they are in a special groove.

The main issue for Edmonton this season is the defense as it is allowing the seventh-most goals per game. However, if Edmonton is somehow able to improve defensively over the remainder of the regular season, its offense should be able to score enough goals in order to get the job done.