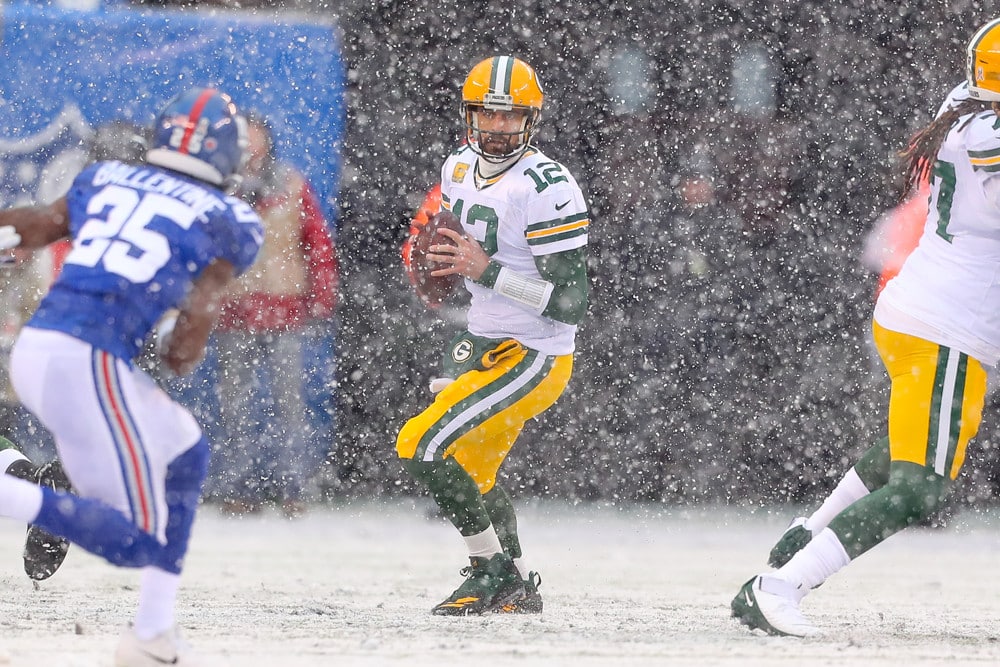 Seven Things to Know Before the NFL Conference Championship Games

We are in for an absolute treat this weekend as we get two premier showdowns in both the AFC and NFC Championship Games. We are down to just three total games remaining in the 2020-21 NFL season, so it is going to take a lot of resolve and diligence to continue turning over a profit these last two weekends. On top of that, if you are like me you probably have an issue with never thinking you have enough action on a game. The long-drawn-out waiting period for these late afternoon games this weekend is going to be a killer. Here are seven things to consider for this weekend’s NFL Conference Championship Games. Just in case you feel the need to fire off on some last-minute prop bets…it’s time to #showmethedata!

1. Tom Brady performs well in the cold, BUT…

The Tampa Bay Buccaneers do not. During Brady’s tenure as a starter in New England (2001-2019), the Patriots were 35-8 straight up (SU) and 25-15-3 against the spread (ATS) in games below freezing. The forecast is predicting a high of 27 degrees at kickoff on Sunday and with the wind chill the Frozen Tundra should be really cold. Brady now plays for the warm-weather Buccaneers who frankly have been really bad in this weather. Since they entered the league in 1976, the Bucs are 1-17 SU and 6-12 ATS in games below freezing. Eight of these games have been at Lambeau Field, where the Bucs are 0-8 SU and 3-5 ATS. When they have traveled to Green Bay in the cold, here is how many points they scored in the first quarter (0,0,0,0,0,0,7,0) and in the first half (0,7,0,0,10,0,7,10). That’s a lot of zeroes folks!

2. The Packers start hot and dominate the 1st Half

Of course, I’m not going to sing Brady’s praises without bringing some back for Aaron Rodgers. It’s worth noting that Rodgers (27-14 ATS) does have a better record than Brady when it’s freezing. However, that isn’t the angle that I want to focus on. The Packers (18.7 pts) are averaging 2.6 more points per first half this season than the next closest team (Colts – 16.1 pts). Has all this high scoring led to first-half covers? Why yes it has, the Packers are 11-6 ATS in the 1st Half this season and have hit the over on their 1st Half team total in 13 games. Look for the Packers to get off to another hot start here as the Bucs take some time to thaw off and get warmed up.

3. Stringing together three straight Road Wins is a Rare Feat

Since the NFL divisions were realigned prior to the 2002-03 season, there have been 10 teams who made the Conference Championship as a 5th or 6th seed. Of course, they all won their first two playoff games on the road, but most of them had trouble in their third away game. These teams went a combined 3-7 SU, 3-7 ATS, and interestingly enough the Overs went 8-2. We know that the Bucs and Packers have both been able to put up a lot of points this season, so I like seeing this trend favoring the over. Now, make sure you think this through before blindly betting everything in this article. It would seem to make sense that if the bets from #1 hit, it would be hard for the over to also hit. I am a maniac, so I will be rooting for a huge first half Packers lead, followed be a high-scoring Bucs comeback in the second half in order to win all of these bets. I just want you to make sure you are aware of the game script these bets are setting you up to root for.

4. One Yard Touchdowns in the Playoffs are almost automatic

Three of the four divisional games last weekend featured a touchdown of 1 yard, highlighted by three 1 yard scores by the Packers in the first game. Since 2015, there have been 1-yard touchdown scores in 54 of the 76 playoff games (71.0%). In the 2020-21 playoffs there have already been five games with a 1-yard score, so we just need two of the next three games to hit in order to put this bet into the green for the seventh straight postseason.

5. Defensive Struggles in the Divisional Round lead to shootouts in the Championship

Since 2002, there have been 14 teams who won and scored less than 20 points in the Divisional Round. The Buffalo Bills, with their 17-3 win over the Ravens last week, join this list. While there isn’t a strong trend that aligns with the outcome in the championship round (these teams are 6-8 SU and 7-7 ATS), there are some good things pointing to the total. In the weekend following a low-scoring victory, these teams hit the over by a 10-4 margin. It’s almost as if their offenses were bottled up in the divisional round and ready to explode in the champ games. The Bills team total currently sits at 25.5, so it’s worth noting that six of these 14 teams eclipsed 30 points themselves the very next weekend.

6. Watch out for Receivers who see 10 targets against the Bucs

It’s no secret that the Tampa Bay defense is led by their strong front seven and ferocious run defense. However, they are definitely exploitable through the air. There have been 11 different receivers who saw 10 or more targets this season when facing the Bucs. The average stat line was 9 receptions for 117 yards and 0.5 TDs and includes some big performances by some stud receivers. Tyreek Hill 13-269-3, Calvin Ridley 10-163-1, Robert Woods 12-130-1, Cooper Kupp 11-145-0, and DJ Moore 8-120-0 headline this list. Fittingly enough, the Packers have arguably the best WR in the league in Davante Adams. As a result, he has seen double-digit targets in 11 of his 15 games this year. If Rodgers goes to his main man early and often, it could be a long day for the Buccaneers secondary on NFL Conference Championship Sunday.

7. Explosive Plays may be hard to come by in the Night Game

When we think about the two AFC opponents, the first thing that comes to mind is their offense’s ability to take the top off a defense and explode for big plays. The current line for the longest TD in the game stands at 44.5 yards. This seems pretty low knowing that Travis Kelce, Tyreek Hill, and Stefon Diggs will all be on the field. However, when it comes to explosive plays, both of these teams have been extremely stingy on the defensive side. The Bills have not given up a rushing play of over 40 yards all season. The Chiefs have only done it in three of their 17 games. We aren’t too worried about these running games though, so surely the passing attacks must fare better. The Bills only allowed a passing play of over 40 yards in 6 of their 18 games. The Chiefs allowed one in 5 of their games. Altogether, the Bills and Chiefs allowed plays of over 40 yards in only 34% of their games. The longest touchdown score when these teams met in Week 6? 13 yards. I like our chances here going with the under.