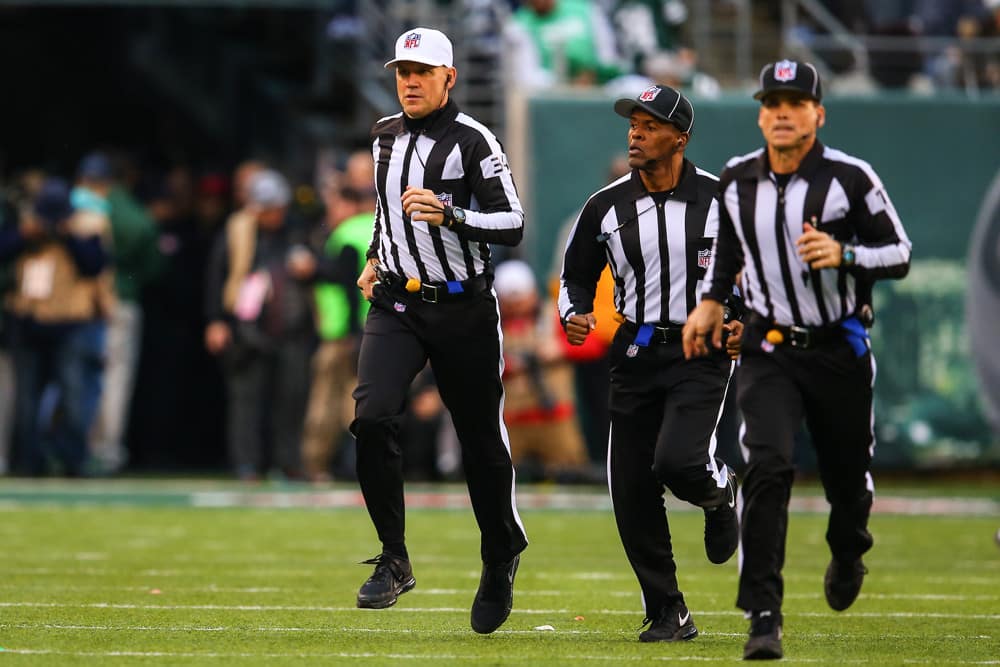 Championship weekend is here, bettors! This weekend we find out who will play in the Super Bowl. Unfortunately, there are only three games left in the NFL season. In this post, I will break down the trends and stats for the two officials who will be officiating the AFC and NFC Championship games. Let us dive right in!

Clete Blakeman is one of the most experienced referees in the league. Blakeman officiated Super Bowl 50 between the Denver Broncos and Carolina Panthers. He is assigned to the NFC Championship game between the Tampa Bay Buccaneers and Green Bay Packers.

Blakeman is one of the best Over referees. He is 12-3 to the Over, averaging 58.12 points per game. In addition, favorites went 9-6 against the spread in Blakeman’s games.  But the home teams finished the season 7-8 straight up.

Bill Vinovich will officiate the AFC Championship game between the Buffalo Bills and Kansas City Chiefs. The betting trends for Vinovich are even across the board. In fact, home teams finished one game above .500 in the games he officiated with a record of 8-7. Furthermore, favorites finished one game below .500 at 7-8.

In addition, Vinovich is one of the best Under referees this season. The Under is 10-5 in the games he officiated.  In fact, the average total is 47.8 points per game. Lastly, Vinovich officiated the Week 17 game between the Buffalo Bills and Miami Dolphins. Bills won the game by 30 points.

Buccaneers vs. Packers Over 51

Bills vs. Chiefs Under 54

I stated previously, Vinovich is one of the best Under referees this season. In fact, Vinovich-officiated games average 47.8 points.  There is currently value based on the average. Only four games exceeded the total of 54 in games officiated by Vinovich.