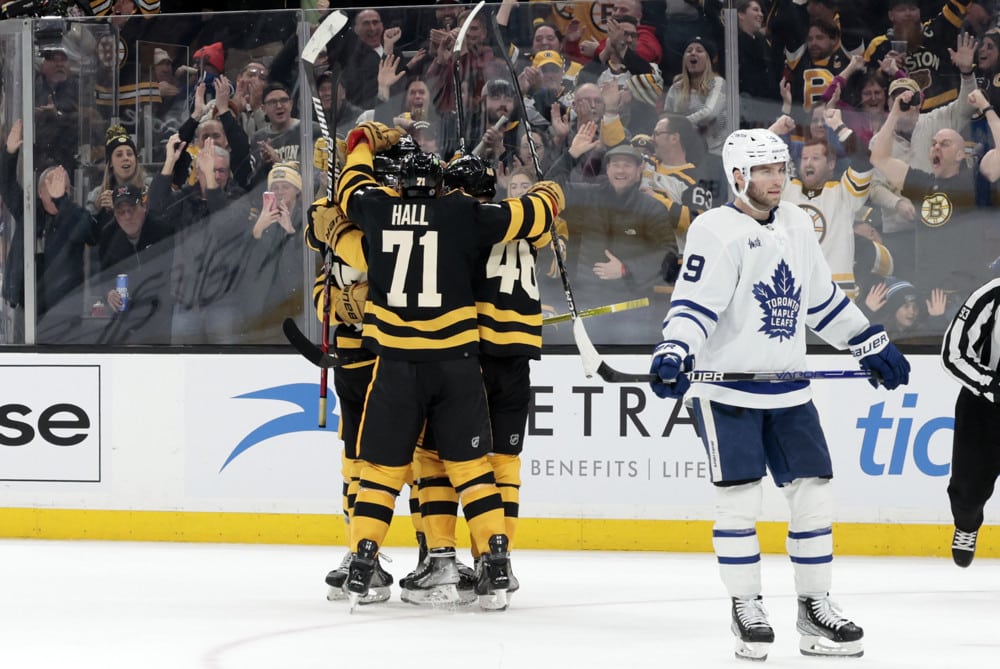 The 2022-23 NHL season is now in its second half with every team having played at least 41 games — if not many more. Teams have mostly shown what they are thus far with the cream of the crop rising to the top. However, there are some teams that will make big moves in the standings in the final months of the season. We looked at each division before the season, so now let’s take a look at them here in late January. We’re going to start out by looking at the Atlantic Division odds, picks, and best bets as the Boston Bruins have taken control.

The Bruins are huge favorites to win the Atlantic Division at as high as -200 at some books. They’re as low as -1700, implying a 94.44% chance to win the division. The Toronto Maple Leafs and the Tampa Bay Lightning are the only two with a fighting chance at this point.

It’s hard to argue to put money down on anyone except the Bruins at this point, and even Boston at -1700 could be risky. Let’s take a look at the cases to bet on Toronto and Tampa Bay.

The Leafs are 14 points behind the Bruins after an overtime loss on Saturday night. Can the Maple Leafs make up those 14 points in less than 40 games? Probably not, but it’s possible.

The Leafs finished last season on a 15-3-2 run and went 12-0-3 during a 15-game stretch earlier this season, so a hot run is possible. Toronto is among the top teams in the league in terms of advanced stats as well with a 54.02% xGF at 5-on-5, according to Natural Stat Trick.

Another thing in Toronto’s favor is its strength of schedule. The Maple Leafs have the 21st-hardest schedule remaining while the Bruins have the 14th-hardest. Those easy opponents are only going to get easier as the trade deadline approaches and the tanking for Bedard intensifies.

You have to think the Leafs have more than an 5% chance to make that happen, right? Auston Matthews hasn’t gone on his goal-scoring streak yet and they have to find a goalie sooner or later.

As with the Maple Leafs, it’s not probable but it’s creeping towards impossible. These odds imply just a 2.64% chance of the Lightning closing that gap, which makes sense. Tampa Bay has lost piece after piece from their dynasty roster but the Bolts don’t seem to miss a beat — at least in the playoffs.

Tampa Bay has turned into a playoff-type of team that is good enough to make the postseason and then play their style of hockey. It helps when you have Andrei Vasilevskiy in net. Can they turn that into a division title?

Florida Panthers to miss the playoffs (-115)

Last year’s Presidents’ Trophy winners are in deep danger of missing the playoffs. They’re on a 7-2-1 run to bring them to 51 points in 48 games heading into Monday night’s clash at Madison Square Garden.

The Panthers traded away Jonathan Huberdeau and Mackenzie Weegar in the offseason and although they got Matthew Tkachuk back in the deal, they didn’t do anything to shore up their defense.

This line should get longer as the season moves along and is only this short due to Florida’s recent hot streak.

Buffalo Sabres to make the playoffs (+300)

The Sabres are currently in a playoff spot (heading into Wednesday’s games) in terms of point percentage. They have cap space to add at the deadline and have a much higher chance than 25% (implied probability) to make the playoffs.

Ultimately, I think the Bruins close things out rather easily. There may even be some “value” on them to win the division at -1700 if you can get that and don’t mind your money being tied up for a few months — think of it as an investment, maybe.

If one of the other teams does catch the Bruins, I think it will be the Maple Leafs. They have more firepower up front at this stage and are in a better position to pull off a trade. And hey, maybe Matt Murray or Ilya Samsonov can turn into a brick wall?