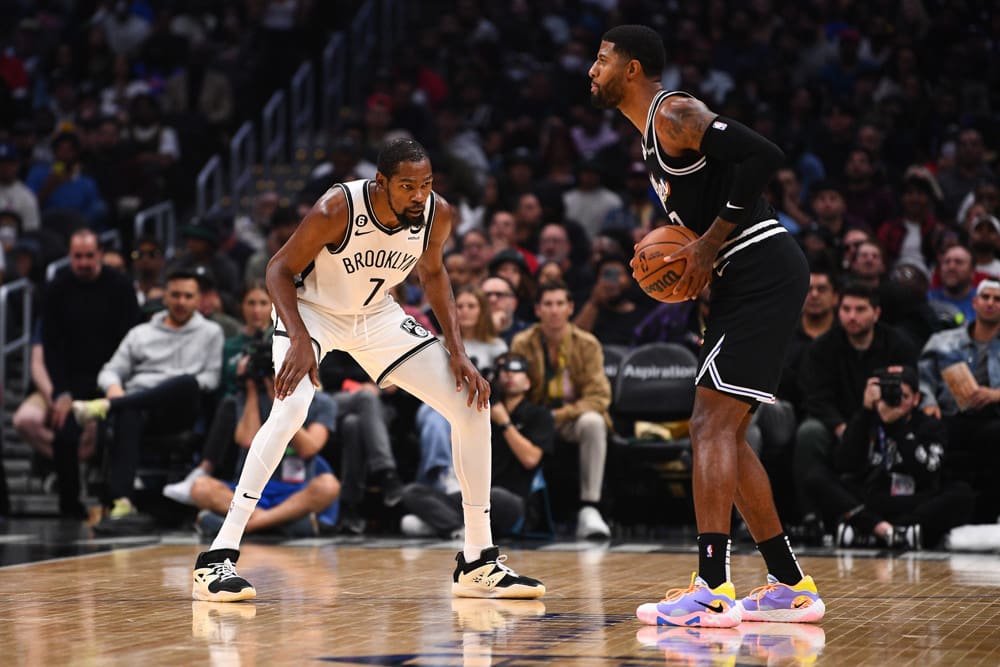 Let it be known! No Trade Value Chart is perfect.

Trade Value Charts are meant to be referenced. They are not flawless, especially in Fantasy Basketball 9-Category leagues which this was designed for. Allow me to explain the design. First, the rest-of-season average per-game player projections were taken from FantasyPros. Next, nine values on a proportionate zero to ten scale were assigned to every player for each of the nine categories. Here is a little chart to show a player’s production in each stat to earn a value of 10.

These were then added up for every player to calculate their raw trade values. We account for risk, so projected games played were factored in. Players who were projected to miss 10% or more of the remaining games had that percentage docked from their final value.

Alas, we have our fantasy basketball trade value chart. Why is it not perfect? The top ten ranging from Jokic to Irving do seem very accurate. But as you scan through the list you’ll notice some guys like Vucevic who may be ranked too high. I don’t think most managers would believe they improved their squad by flipping Ice Trae for Vucevic. As explained prior, this chart values player’s based on their contributions across all nine categories.

As a result, guys who are solid across the board without displaying a major weak spot score well on the chart. Most managers win 9-Cat leagues by punting a couple of categories. If you were to say download the excel doc used to make this trade value chart, remove the BLK and TO category columns from the equation, Ice Trae moves from the 27th most valuable player to the 15th!

Bear that in mind when cooking up deals with the Trade Value Chart!

Very often based on league-mates and your builds, a win-win is doable. Check where you place in your league’s standings for each category. There’s a good chance you’ll find a player on your team who’s producing in categories you are punting where your league-mate wants to get stronger and vice versa. Get it done!

This fantasy basketball trade value chart is meant to compare players on a one-to-one basis. Do not expect to buy KD (62) with an 84-value offering of even McCollum (43) and Butler (41). When valuing the superstar in a two-for-one deal, it’s appropriate to mark him up at least 50% for a 92-value pairing more like LaVine (46) and Sabonis (46).

If you think about it, when selling two players for one like the KD acquirer in this example, your total roster value ultimately balances out. You’ll replenish the empty roster spot with someone who’s flirting with the waiver wire in many leagues like Grimes (29), who adds up to a 91-value with KD.

Thanks for reading, enjoy the chart, and good luck the rest of the way!