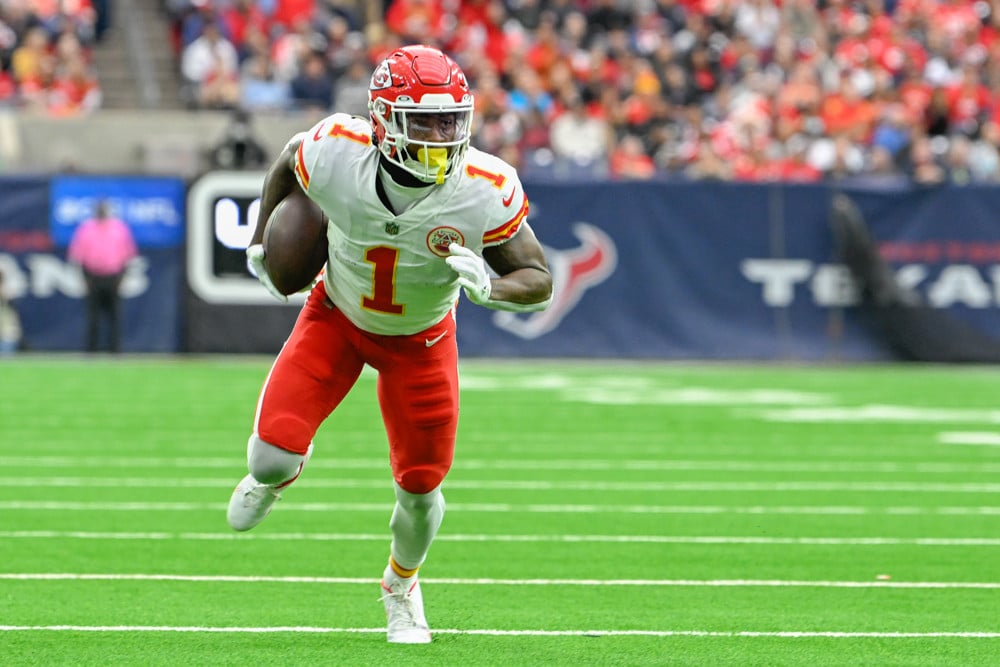 The last time we watched football it ended in a scary situation that would leave a cloud over the next several days. Today, with the news that Damar Hamlin has made so much progress, breathing on his own and communicating, we start to look forward.

And the next slate of games starts a day early on Saturday with two big matchups that could affect playoffs. Let’s take a look at the NFL Week 18 Saturday best bets and props.

The first NFL Week 18 Saturday game sees the Chiefs at the Raiders. The Chiefs have something to play for, as they still have a chance to win the number one seed of the AFC playoffs if the Bills lose.

After a disappointing season, the Raiders have nothing to play for except for maybe some pride. But don’t forget; this is a rivalry. The Raiders would love to ruin the Chiefs’ chance at getting the number one seed. Not to mention they’d like to end the season with a home win.

It may seem like the Chiefs have this one in the bag. However, when these two teams played last in Kansas City, the game went down to the wire as the Chiefs won 30-29. The Raiders have also played games very close in Jarrett Stidham‘s two starts, including a 37-34 loss to one of the hottest teams in the NFL, the 49ers.

The Chiefs, on the other hand, have only covered one game against the spread in the last five. With Stidham playing or a job next year and the Chiefs rarely covering big spreads, I expect this one to stay close.

Looking at the best prop bets for the Chiefs-Raiders game, I’m starting with Jarrett Stidham. Last week against the 49ers, he threw for 365 yards. The 49ers have a better defense than the Chiefs, so I think he will continue to throw the ball well. His current line is at 240.5 passing yards at -115, which seems like a smash play.

On the other side of the ball, the Chiefs have been utilizing Jerick McKinnon in the passing game a lot as of late. His current receiving total is set at 32.5 receiving yards. McKinnon’s last four games have seen him finish with 52, 31, 70, and 112.

With only one game under 32.5, and the other three games well over 32.5, I think he eclipses this number again.

The second NFL Week 18 Saturday game features another divisional matchup between the Titans and the Jaguars. The Jaguars have been hot as of late, six of their last eight games, including four in a row in their last four. The Titans, on the other hand, have lost six straight.

This late-season decline in play has involved injuries to Ryan Tannehill and Derrick Henry. While Henry is expected to be back for this game, Josh Dobbs will start at quarterback for the Titans.

These two teams faced each other less than a month ago in Tennessee. Tannehill and Henry were both healthy, but the Jags beat them easily 36-22. Trevor Lawrence threw for 368 yards and three touchdowns that game.

While the Titans would love to spoil the Jaguars’ season by ensuring they can’t make the playoffs, this is a simple story of one team having all the momentum. The win-loss trend continues as Jaguars continue winning and the Titans continue losing.

The last time these two teams played each other, you could find trends on each team. Derrick Henry eclipsed 100 yards. Etienne couldn’t get much going on the ground, but Lawrence threw for 368 yards and a touchdown. I think the game continues to flow similarly, as the Jaguars have found a lot of success in the air against the Titans.

Derrick Henry has statistically played well against the Jaguars through the years of their division rivalry. The last game was no different when he ran the ball 17 times for 121 yards.

Henry is the league’s third-leading rusher, and a good performance could eclipse Nick Chubb to become the second-leading rusher. For some reason, Henry’s rushing over/under total is only set at 89.5. That seems about ten yards too short for me.