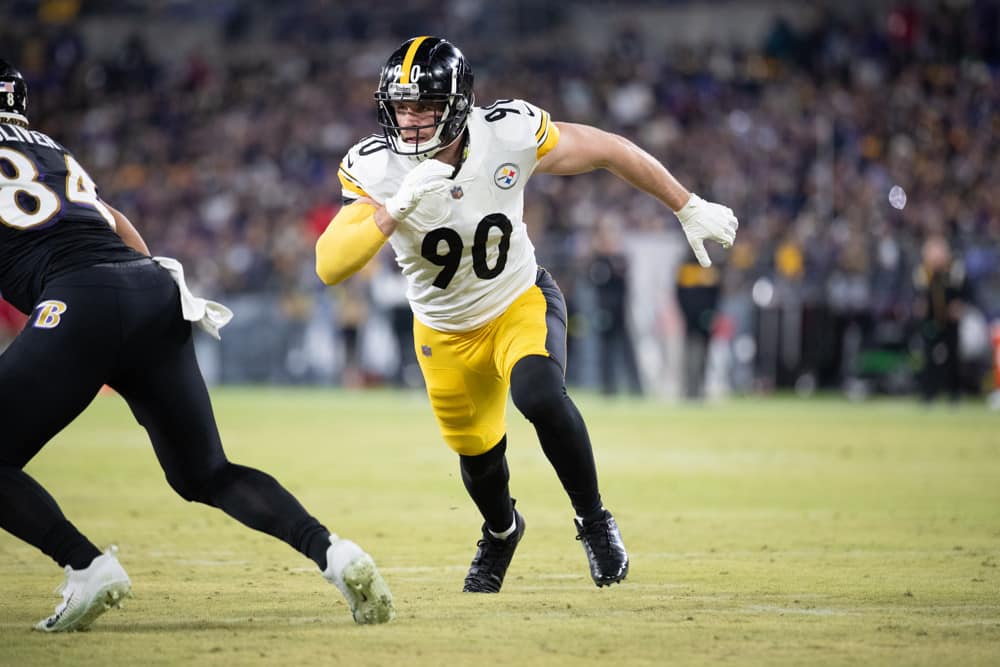 The guys (@GamblingPodcast) give out their week 18 NFL picks in their latest NFL predictions podcast. They discuss a number of NFL playoff scenarios and give the gambling implications. Plus full breakdowns of team motivations as we head into the final week of the NFL regular season. Hot takes on Jared Goff, Aaron Rodgers, Daniel Jones, Jalen Hurts and more.

Week 18 of the NFL season is finally here, and it is poised to be a juicy one. Playoff implications are prevalent across matchups, as well as player contract incentives. Vegas knows this, and is adjusting lines accordingly. With the unfortunate hit to Damar Hamlin in MNF, the NFL is questioning altering the playoff structure to get Bills vs Bengals played.

Jacksonville vs. Tennessee is a major division battle, with the winner claiming the division title. The Titans dropped the first matchup between these two teams and are poised to take revenge even though they sit at +6. The pressure could get to Jacksonville.

Sunday opens up with the Jets visiting the Dolphins at -1 on the road. Mike White has shown mixed promise in his starts, and their options are proven questionable. Yet, the dolphins have an equal problem at quarterback. The Jets have been eliminated from playoff contention and could be playing for a draft pick, and the Dolphins just need a win and a Bills win to get in.

The Browns are at the Steelers where the Steelers are -2.5, but this line was at -3 earlier today. Mike Tomlin has 16+ straight seasons of a winning record and currently has the Steelers at 8-8. They do need help to get in the playoffs, but if TJ Watt plays they are a different team.

Texans against the Colts this week features two teams who both lagged the spread last week by more than 21 points. The Texans could be playing for the first pick, but could also be fighting for pride. The Colts also have similar approaches to the game, creating a classic close your eyes and pick ‘em.

Tampa Bay visits Atlanta with the Falcons laying at -4.5. The Bucs could possibly be sitting their starters, but this remains unknown. Even still, Desmond Ridder is not typically oozing confidence for bets.

Carolina is at New Orleans where the Saints are -3.5. The Panthers have had a solid defense all year but the Saints have the offensive tools to get a win. Nonetheless, Sam Darnold on the road is always questionable.

Patriots at the Bills with the Bills coming in at -7.5 and have a lot to play for to represent their brother Damar Hamlin. The Pats struggle with mobile quarterbacks, like Josh Allen, but they are win and in.

The Bengals are -7 against the Lamar Jackson-less Ravens. In late season AFC North matchups, the under (41.5) is always a nice bet. The Ravens are most likely locked in the five seed, and have a strong chance to play against  the Bengals again.

Vikings vs. the Bears who are laying +7.5. Nathan Peterman gets the start for a seemingly tanking Bears. The Vikings are in a questionable situation as they may look to avoid playing the Packers again. Kirk Cousins could be in an ideal environment in this one, unless the Vikings decide to rest.

Rams head to Seattle as +6.5 dogs in the late afternoon. The Rams have been hot and the line could be heavily reflecting perceived motivation. Yet, there is personal pride to be played for On the Rams side.

The Giants are big time dogs against the Eagles at +14 as a few key players will sit. But a number of starters will still play which the line is not reflecting. However, the Eagles certainly will play hard to try to get the 1 seed, and could look to pour it on in an attempt to gain confidence.

Arizona against San Francisco where the Cardinals are +14. San Francisco gets the 1 seed if they win and the Eagles lose. The Cardinals quite literally have nothing to play for. The line is iffy thought after what the 49ers showed last week against the Raiders.

Chargers are +2 against the Broncos as they could know their outcome by the time the game starts (if the Bengals win). Regardless, taking the Broncos is tough to do as a sensible person this year.

Lions Packers closes out Sunday with the Packers favored -4.5 in a game where they win and they are in. Although, if Seattle loses, the Lions are also in if they win. In games below freezing, Jared Goff is 4-0 against the spread. However, the Lions defense has struggled.