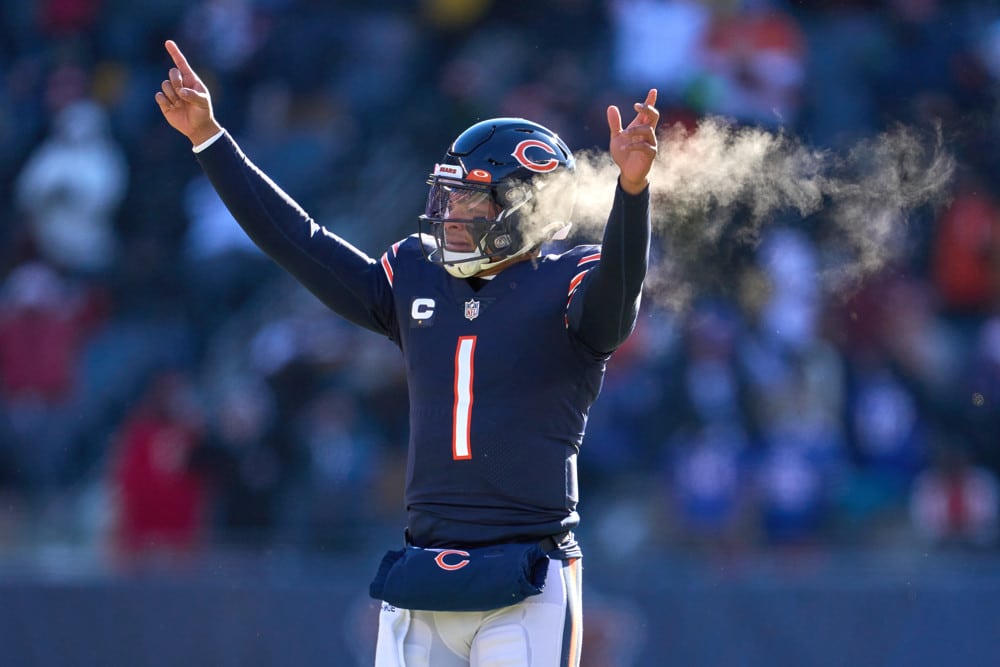 Betting and hitting on a Moneyline dog is rewarding for multiple reasons. First, you get a plus-money payout, and everybody loves a bet that pays more. Second, you feel like you’ve outsmarted the books. Fading their pick of a favorite and taking the dog and winning, there is simply no better feeling.

Looking at matchups this week, it really feels like this is the weekend of the dogs. With so many teams trying to push into the playoffs, the pressure is on. Teams are bound to make mistakes, while others get dialed in to play spoiler. So, let’s take a look at the NFL Week 17 Moneyline Dogs to bet, as well as a couple of prop bets.

The Cardinals and Falcons both find themselves at the end of disappointing seasons. The Falcons opened the year covering most of their games but that quickly changed. Now, they’ve turned to rookie Desmond Ridder to see what they have in the young Quarterback. While the Falcons often rely on running the ball, I think the Cardinals can focus on stopping the run and forcing Ridder to throw.

Last week they intercepted Tom Brady twice. If the Cardinals can force Ridder into making mistakes that same way, the Falcon’s defensive backfield will have trouble covering the Cardinals’ receivers. Hopkins and Dortch should both have a good game. It feels like the Falcons are only favored because they are the home team, but the Cardinals have what it takes to win.

The Lions have been on quite the run, winning six of their last eight games. Only two games out, they could still finish strong and squeeze their way into the playoffs. Standing in their way though is the Chicago Bears. Chicago would love to spoil Detroit’s season by handing them a loss at home. The last time these two played, the game ended 31-30, with the Lions kicking a go-ahead field goal with a little over two minutes left. Fields rushed for 147 yards and two touchdowns that game and threw for another 167 yards and two passing touchdowns.

Look for Fields to continue his historic year and use his athleticism to hurt the Lions. The Bears don’t have much to play for, and a win could push them farther back in the draft. However, Fields wants to win, and ruining a division foe’s season may be just what the Bears need for some morale. The Bears are my favorite among the NFL Week 17 Moneyline dog bets.

The NFC South may have the most exciting finish out of all the divisions. The Buccaneers currently have a one-game lead, but the Carolina Panthers and the New Orleans Saints are both only one behind. Furthermore, the Panthers hold the key to their own destiny, as they play the Bucs this week and the Saints next week. With that in mind, how can you not put a little on them to win this week? The Bucs have not looked great all year. Last week, they just barely squeezed by the Cardinals in overtime.

Meanwhile, the Panthers ran for a total of 320 yards against the Lions. They also passed for 250 yards, eclipsing 570 total yards of offense. If the Panthers can run the ball effectively again, keeping Brady and company on the sidelines, while also controlling the clock, they should be able to take this game. There are two NFL Week 17 moneyline bets to make surrounding the Panthers because you can also find the Panthers at +275 to win the division on WynnBet if you have faith they’ll win the next two.

Both the Jets and Seahawks are fighting to stay in the playoffs. However, one of these teams has been plagued by bad play and Quarterback changes. The other team has overperformed expectations and their Quarterback is the favorite for comeback player of the year. Yet, the team with the most issues is a road favorite on this one. While the Jets’ defense has been elite, the saga between Zach Wilson being benched for Mike White twice has to be hurting the team chemistry.

On the other hand, Geno Smith, comeback player of the year favorite, has made Seattle forget about Russell Wilson. Yes, the Jets are 5-2 on the road compared to the Seahawks’ 3-4 record at home. However, I just think there’s too much going against the Jets with the Quarterback controversy drama, and the Seahawks are ready to try and push into the playoffs. Not to mention, Smith makes more incentive bonuses if the team makes the playoffs, and it feels like this team wants to play well for him. The Seahawks are a good bet for the NFL Week 17 Moneyline dog bets.

The Giants’ best player is undoubtedly Saquon Barkley. Even though +390 seems pretty low for a first-touchdown scorer, that’s how likely it is to happen. The next first touchdown scorer is Zach Moss at +800. That’s a huge jump. Your underdog bets don’t have to only be NFL Week 17 Moneyline dogs, but can also be some plus-money prop bets. First touchdown scorer Barkley is one of my favorites.

This might be one of my favorite bets of the week. The last time these two teams played they each scored four touchdowns. Now, in another divisional battle where the Lions are trying to push for the playoffs and the Bears are trying to play spoiler, I expect both teams to bring everything they have again. Fields and the Bears want revenge for the Week 10 loss by one point. The Lions also want to keep fighting for the playoffs. Each of these teams are going to leave everything they have on the field, and I expect the score to be similar to Week 10’s.