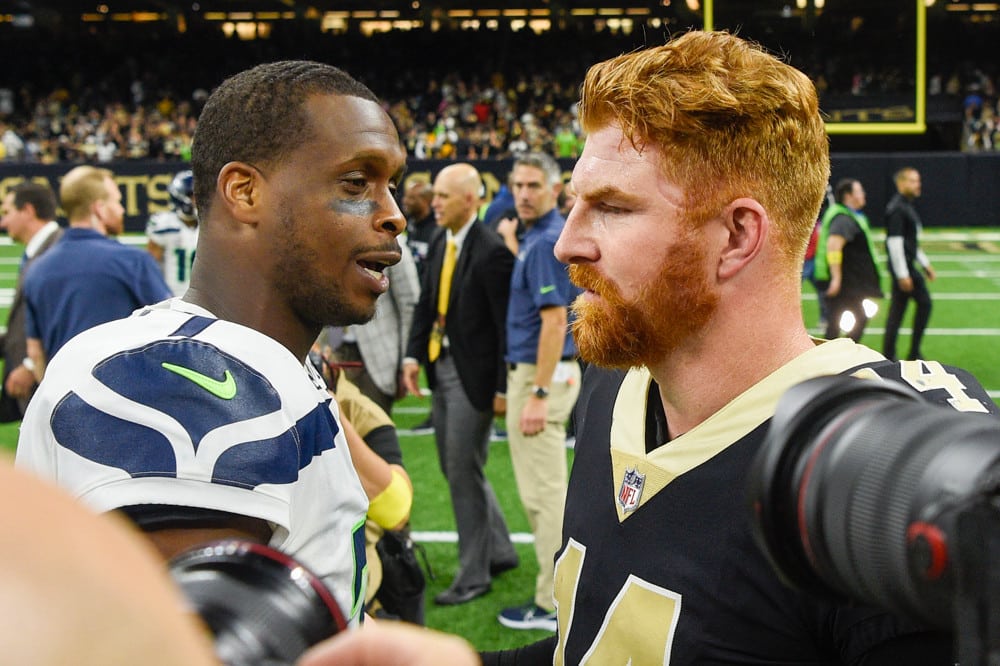 As the NFL playoffs quickly approach, many players will grind out the last few games, trying to reach their NFL contract incentives. Some of these guys have made enough in their careers. You may think it doesn’t matter.

However, many players push to reach them for their extra cash, and their teammates normally hope to help them get there. This can affect your fantasy football championship game if one of your players is pushing for an incentive. It can also help you decide prop bets through each game. Let’s take a look at a handful of NFL contract incentives close to hitting.

What are NFL contract incentives?

First, let’s take a quick look at what a contract incentive is, in case you are unfamiliar. Not all money in the contract a player signs is guaranteed. Some of the money has to be earned with wins, stats, or playoff appearances. Some of the incentives in a contract can be smaller $100,000 bonuses, while others may exceed $2 million.

Incentives aren’t just to motivate a player but to help the team with contract space. Since the money isn’t guaranteed, a team can save on cap space when signing a player to a contract that’s heavy on incentives. Player incentives are quite common for veterans looking to prove themselves. Now let’s dive into which players may get just a little bit richer with their NFL player bonus.

We’ll start with a guy who announced retirement earlier this week, J.J. Watt. Watt has already earned $900,000 of his bonus. However, he could earn a full one million with double-digit sacks. Watt currently has 9.5 sacks through fourteen games this season. Three of those came against Denver two weeks ago.

Now, Watt will look to get to double digits with two games left against Atlanta and San Francisco. The Falcons allow an average of a little over two sacks a game. Therefore, I’d recommend betting J.J. Watt to get over 0.5 sacks this weekend as one of the NFL contract incentive bets.

The success of Geno Smith and the Seahawks have surprised many this year. Unfortunately, they cooled some during the latter part of the season and now find themselves on the outside looking in for the playoffs. Smith will likely make his $1,000,000 for playing time, as he’s played all of Seattle’s offensive snaps.

That amount will double to two million if the Seahawks make the playoffs. They currently need two win their next two games against the Jets and the Rams and get a little help from some other teams. This team seems to love Geno Smith.

Pushing for the playoffs can help you with our contractive incentive bets in several ways. The best bet I like out of it is taking them to beat the Jets this weekend, where they are currently 1.5-point dogs. Smith is also only 114 yards away from the $1,000,000 incentive bonus for 4,000 passing yards as well.

This makes the next two games feel like a good time to bet over his passing prop bets, even though he only needs 114 yards. Smith will look to carry this team into the playoffs.

One of the surprising contracts this offseason was the big contract Christian Kirk was signed by the Jaguars. Even though the deal has $37 million guaranteed, Kirk could get some nice incentives. He gets $500,000 for each threshold of 80, 90, and 100 catches.

Kirk currently has three games over 100 yards. He’s also averaged five catches a game. The Jaguars’ next game is against a Texans’ defense that has been tough against receivers. However, their last game is against the Titans, who have not played receivers well. I like taking Kirk’s player props of over receptions and yards in the next two games as NFL contract incentives bets.

This NFL contract incentives bonus is interesting because Andy Dalton was not the opening starter. However, after a back injury sidelined Jameis Winston, Dalton took over the starting job and has remained the starter. Unless he gets hurt, Dalton already likely has the incentives wrapped up for playing time.

He’s played 68% of the Saints’ offensive snaps, earning him an extra one million dollars. His next incentive is where things get interesting. The Saints are currently 6-9 and only one game behind the NFC South-leading Buccaneers.

Unfortunately for the Saints, they play the team with the best record this week, the Eagles. However, then they get the Panthers. If Panthers beat the Bucs this weekend and the Bucs lose to the Falcons in Week 18, the Saints could find themselves in a position to beat the Panthers and win the division in Week 18.

But the Saints need to beat the Eagles this week first. That might be a long shot, but worth sprinkling a little money on as an NFL contract incentives bet for this weekend.

As of right now, JuJu Smith-Schuster has 74 catches and 877 yards. He’s also played 66% of snaps on offense. Meaning he’s only 23 yards away from gaining an additional $500,000 on what he’s already earned.

The Chiefs are undoubtedly making the playoffs, which will get Smith-Schuster another $1.5 million. After that, the Chiefs will need to make the AFC Championship game.

You can still find the Chiefs to win the AFC Championship game for +240. If you believe the team will continue winning and help JuJu reach his next incentives mark, this is a good NFL contract incentive bet.