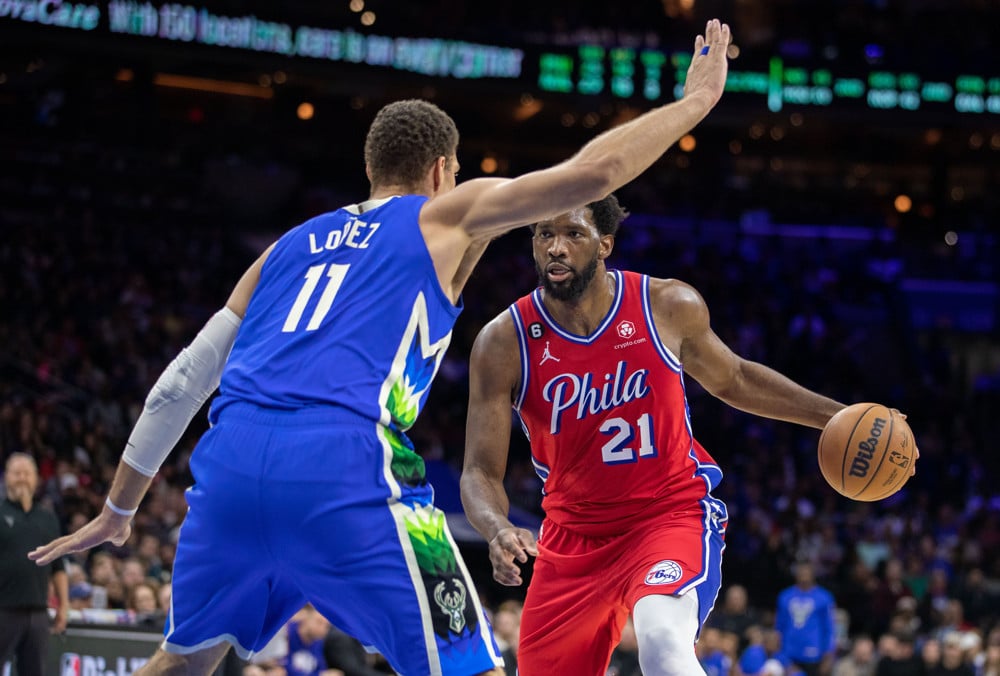 The most anticipated day of the NBA regular season has arrived, the NBA Christmas Day games! Let’s take a look at the props market for the games happening on Christmas Day and give out some player prop best bets!

The 76ers travel to the Garden for the opening day on Christmas Day as winners of seven straight. The main reason for the Sixers run as of late is their MVP candidate big man, Joel Embiid. Embiid is averaging a dominant 36 points and 10 rebounds for the month of December so far. The two teams met back in early November, but Embiid didn’t play due to an illness. I like for the momentum to continue for Embiid and the Sixers and would like to take the over for his points and rebounds!

If you’re looking for some more degen action check out the latest NBA 1st Quarter & 1st half betting report.

In the primetime Christmas Day slot, the two best teams in the NBA are ready to face off in Boston. This will be the first time that these two have met since their epic 7-game playoff series last May. Milwaukee enters Christmas Day as the best defensive team in the league. These two opponents are very familiar with each other so I anticipate a lower-scoring game because of how well each will have the other scouted. I can only look to the under’s for the stars of this game in a game where I believe points will be at a premium!

In another playoff rematch, the Memphis Grizzlies head to the Bay Area to take on the Golden State Warriors. Last May, the young Grizzlies team gave the Warriors all they could handle in a 6-game series. Those in Memphis left that series left thinking what if Ja Morant had not gone down in Game 3, where he was sidelined with a knee injury for the remainder of the series? Morant averaged 38 points and 8 assists in 2 1/2 games that he played against this older Warriors team. I think this is a bad matchup for the Warriors against the young, fast, and explosive Ja Morant and Memphis Grizzlies. I will take over for Morant!

Malika Andrews: "Who do you look at around the league as you're studying and say, 'We're gonna have to run through them?'"

"Nah, I'm fine in the West."pic.twitter.com/2iYrc4AxIG

The Christmas Day finale features two of the best big men in the NBA Nikola Jokic and DeAndre Ayton. The Joker is having another MVP-like season for the Nuggets so far headed into the holiday. However, if there’s a big that can match up with him on the defensive end it’s Ayton. Jokic has failed to score 30 points in 10 out of the last 11 games against these Suns. I like for that trend to continue and will take the under for Jokic tomorrow in the matchup of the bigs!