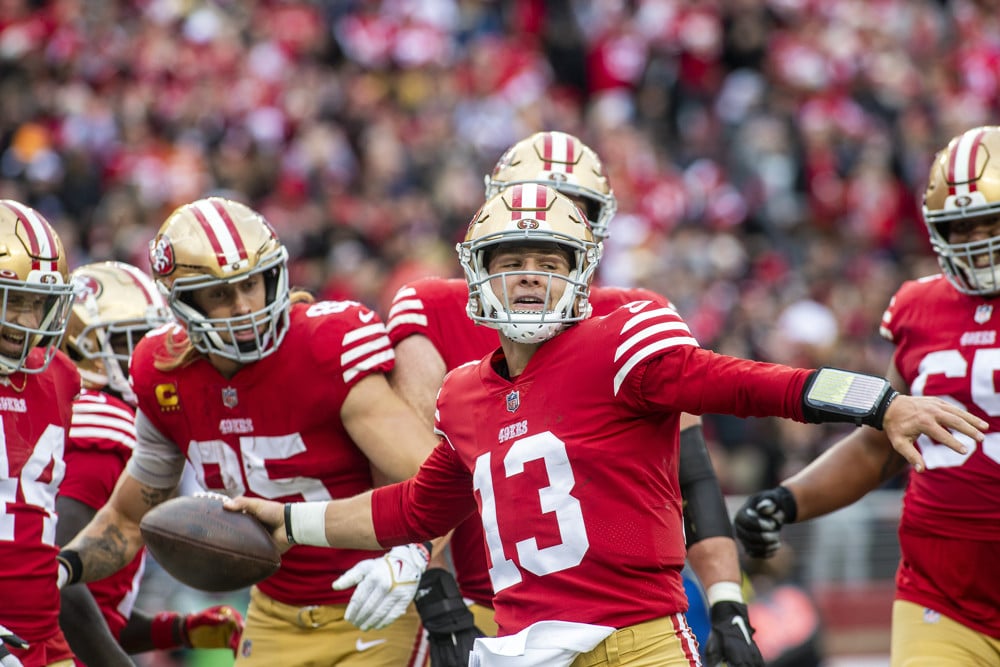 Fantasy football playoffs will officially get underway this week in most leagues as Week 14 comes to a close. Of course, as any winning fantasy manager knows, there is always room to improve your roster. This Week 15 FAAB Cheat Sheet will help you – as it’s done all season – address those weaknesses in your lineups.

By now, most waiver wires are a wasteland filled with underperforming or injured players. There are however, several options out there that most managers discarded who are enjoying a resurgence to their season. Hopefully, you have saved enough of your FAAB budget to make a run at them.

Believe it or not, there are leagues in which J.K. Dobbins is available. If you are lucky enough to be in one of them, this is the week to open up the wallet. Dobbins came roaring back from his injury posting 120 yards on 15 carries against the Pittsburgh Steelers last week. Even splitting carries with Gus Edwards did not slow him down as he ripped off eight yards per carry on Sunday.

He's up to 5/56/1 already pic.twitter.com/KdTOcnbhiW

Baltimore is preparing for another week without Lamar Jackson under center. This opens the door for another week of solid production from Dobbins. This week, he faces a Cleveland rush defense that is allowing 113.9 yards per game to the Running back Position. The last time these teams met, Edwards rushed for 66 yards and two touchdowns without Dobbins in the lineup.

If you are looking for a solid boost to your superflex or two-QB playoff roster, Jared Goff should provide it this week. The Detroit signal caller has finished as the QB4 in each of his last two weeks. In Week 12, he ended the day just outside of QB1 range as the 15th best Quarterback. Goff has thrown seven touchdowns and no interceptions over the last three weeks as well.

He does draw a tough matchup this week against the New York Jets though. He’ll face a defense that is allowing the fourth fewest passing yards per game (189.4), and just 0.9 passing touchdowns per game. However, he’s built enough momentum over the last several weeks to garner a Week 15 FAAB bid.

Last week, Brock Purdy became the toast of the NFL by beating Tom Brady and the Tampa Bay Buccaneers. In the process, he finished as the QB8 despite throwing for just 185 yards on the day. Since taking over for Jimmy Garoppolo last week, Purdy has four touchdown passes and 395 yards through the air. However, keep an eye on the practice report this week as he underwent an MRI on Monday for an oblique injury.

Should he play this week, he gets to experience a primetime rivalry matchup against the Seattle Seahawks. Seattle’s defense ranks 18th in the league in terms of passing yards per game (218.2). That number has tightened up to 182 over the last three games though. That said, Purdy proved last week he can provide plenty of value without lighting up the stats sheet.

Without much fanfare, Zonovan Knight has turned in top-12 Running Back value over the last two weeks. In that span, he has 32 carries for 161 yards and a touchdown. Knight has led all Jets Running Backs in carries over the last three weeks. His workload has increased each week as well, making him a great Week 15 FAAB target if he is available in your league.

Expect him to fit into a flex role though against a formidable Detroit Lions run defense. Last week, the unit held Dalvin Cook to just 22 yards on 17 carries. Although, there could be room for Knight to run this week. Detroit is in the bottom third of the league in terms of rushing yards allowed over the entire season.

Most people gave up on the Detroit Lions’ offense mid-season. As a result, DJ Chark should still be available in your league. The surging veteran has posted back-to-back games with at least six receptions and 90 receiving yards. His Quarterback has settled into a groove and his team has now won five of their last six games. Look for Chark to ride that momentum to another fantasy friendly outing.

It won’t be easy to bank another top-10 fantasy performance this week against the Jets. Over the last two weeks, his opponents have held both Justin Jefferson and Stefon Diggs to less than 50 receiving yards. Jefferson was able to find the endzone which saved his fantasy day. Still, if you are looking for a valuable flex addition, put a Week 15 FAAB bid on Chark.

Tight End streamers know that chasing points is frustrating which is why Evan Engram is a tough suggestion for Week 15. However, Engram led the Jags last week securing 11 of his 15 targets for 162 yards and two touchdowns. He finished the week at TE1. It was his second week as top-3 tight end this season.

Who clinched an @NFLFantasy playoff spot behind an all-time performance from @eazyengram? 🔥@Jaguars | #DUUUVAL pic.twitter.com/g6aGRsm5B2

Teams do not utilize their Tight Ends much against the Dallas Cowboys. So far this season Quarterbacks target the position 6.5 times a game on average. Still, Trevor Lawrance has made Engram one of his top targets twice in as many weeks. Over that span, the former N.Y. Giant has outperformed the likes of Travis Kelce, Mark Andrews, and George Kittle.