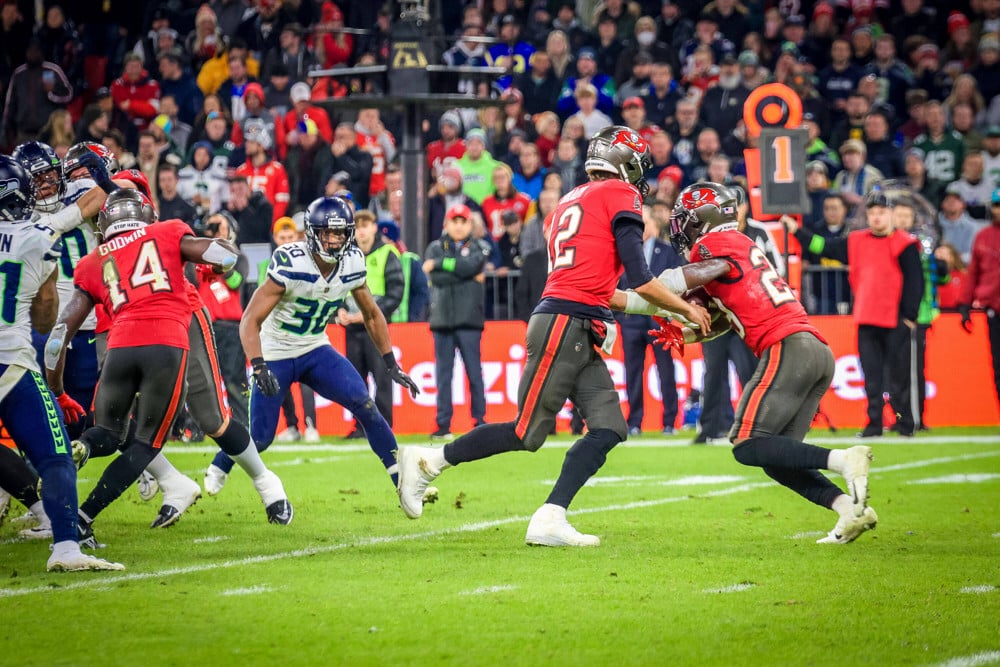 In the Week 10 NFL Snap Share Report, we will continue to break down the NFL in ways to help your NFL Fantasy Football teams succeed. Last week was yet another successful breakdown that showed the likes of Antonio Gibson, Rachaad White, Donovan Peoples-Jones, Elijah Mitchell, and Darrell Henderson. See that post here. We just continue to show you how important a tool snaps, targets, and splits are to projecting fantasy production. So, let’s discuss the Week 10 Snap Share Report.

We had some pretty significant changes across the board in NFL Week 10. Fantasy Football finally saw some production out of some players we have been waiting on. With that being said, let’s take a look at the biggest movers this week in Trey McBride, Christian Watson, Kadarious Toney, and Rachaad White.

With the season-ending injury to Zach Ertz early in Week 10, Trey McBride immediately filled in and played a career-high 91% of snaps. He was easily the TE1 of the 2022 rookie class and should see some improvement in targets prior to the return of Marquise Brown.

With Romeo Doubs missing the week ten game against the Dallas Cowboys, we knew Watson was in for an increase in snaps. However, 84% was not a projection that many saw coming. He turned that 84% into four catches, 107 yards, and three touchdowns. I wouldn’t expect this type of production in every week and would be looking to sell on the high.

Dave and I talked about Toney in our show on Thursday, and I was banging the Toney drum with Mecole Hardman missing the game. He garnered more targets in half the snaps versus MVS, as well as got some design rushing plays drawn up for him. With only 61% ownership in redraft leagues, he is worth a stash.

At just 56% owned, White is a must-add to your roster. He is on here for the second week in a row because you apparently didn’t listen last week. With all that, Fournette is now banged up with a hip injury. If you have the roster spot, he needs to be added going into his bye. With matchups in Week 12 and 13 against the Cleveland Browns and New Orleans Saints, he could continue to take over this backfield.

There are a couple of names in this table that is sneaky but none more so than my man Parris Campbell. If you’ve followed this series, you know I have a fondness for him. Now that Matt Ryan is back under center with Jeff Saturday as the coach, we saw Parris Campbell (29% owned) return to the form we saw where he was getting greater than 20% of the targets. He has yet again posted great numbers with a 33% target share, seven catches for 76 yards, and a touchdown. Hopefully, you listened to me weeks ago about him, but now, even Michael F. Florio is on board.

Week 10 saw the Bengals, Ravens, Patriots, and Jets on bye. Some big hitters in all your key positions. The cool thing in fantasy is that sometimes, owners are forced to make decisions they otherwise may not make. The week 11 teams on bye are the Jaguars, Dolphins,  Seahawks, and Buccaneers. Here are some players that are returning from bye that may be available or other bye-week fill-ins.

With Bateman out for the season, hopefully, some light has been shed on the WR room, and you should look to get in at some level. I would target Likely, Robinson, Duvernay, and Jackson in that order.

Returning from injury and back at practice. Parker has missed two games and, coming off of a bye, was likely dropped if rostered in your league. He has been playing 90-plus percent of snaps in most games and is giving WR3 production with upside for a boom week. He is worth a roster spot in deeper leagues to cover

Hayden Hurst is currently the TE8 and has seen four or more targets in 7 of 9 games. If you have the roster spot, get him added.

Van has been returning from a knee injury and hasn’t looked great, but the opportunity is going to be knocking. Cooper Kupp is likely out for the remainder of the season, and Jefferson could see a significant jump in snaps as a result. We have seen Stafford target Jefferson in the past on deep routes, and he has seen eight combined targets in the last two weeks with Kupp in the lineup. Don’t forget. He did have 6 TDs last season.

With Darren Waller placed on IR, Foster Moreau has seen greater than 95% of snaps over the last four weeks. He hasn’t produced huge numbers at the TE position, but who has this year? He has seen no less than four targets since becoming the starter and can be a benefactor when and if the Raiders fall behind in games. We didn’t even mention that he has some juicy matchups over the next two weeks for the TE position against the Broncos and the Seahawks.