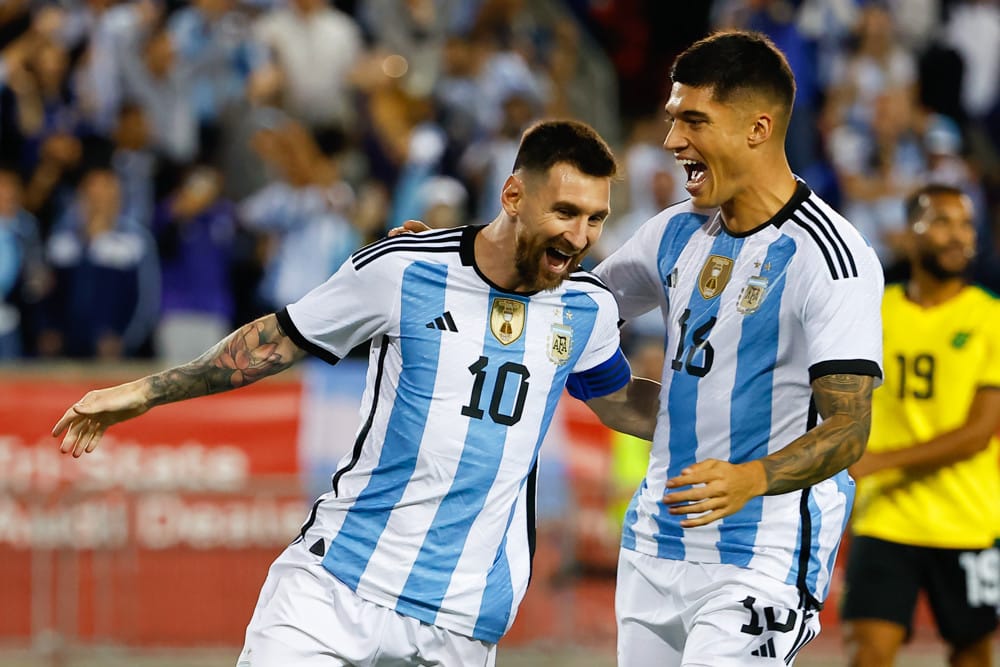 Whilst lacking the ‘group of death” vibe that one might associate with Groups G or H make no mistake group C will be a fascinating affair. Comprised of teams from 4 different continents going head to head to try and secure their place in the knockout stages of the World Cup in Qatar. Will Messi and company show their class as they storm to the top of Group C? Do the likes of Lewandowski, Lozano or even Al-Faraj have what it takes to topple one of the favourites in the group stages?

Group A Teams and FIFA Ranking

La Albiceleste will be heading to Qatar with lofty expectations as they look to win the FIFA World Cup for the third time in their history. After going unbeaten in qualification, head coach Lionel Scaloni will be confident his side can top Group C and reach the latter stages of the competition. A fixture against Saudi Arabia is first up. This will present Argentina with a glorious opportunity to get off to a winning start before facing trickier opponents in Mexico and then finishing off their group-stage fixtures against Poland. Failure to top the group would be a disaster for the Argentines. It would also likely lead to a repeat of their 2018 World Cup Round of 16 encounter against France, a game they would surely like to avoid so early in the tournament.

Arguably the greatest footballer of all time, Lionel Messi will be looking to end his international career as a World Cup winner. This will go a long way towards removing all doubt as to who should be considered the GOAT. The awe-inspiring Argentine has been in scintillating form this season so far for PSG. He has racked up an impressive 12 goals and 14 assists in 18 games. As Argentina’s all-time top goal scorer and appearance maker, Messi has a wealth of experience on the international stage and will hope to be the difference maker for his side in the knockout stages of the competition.

This is definitely the best Messi video I’ve ever seen

Being one of the tournament favourites, Argentina will be confident of topping their group. The South American side is currently ranked 3rd in the FIFA World rankings and has not lost a competitive fixture since 2019. As mentioned earlier top spot will be a priority for Argentina. Their failure to secure top spot in the last World Cup ultimately proved fatal as they were bundled out by eventual champions France in the Round of 16. With the quality of Argentina’s squad, I expect a professional group stage performance with a potential to start the tournament with three wins in three fixtures during the group stage.

After being handed a relatively kind draw in their qualification group, Czesław Michniewicz’s men were able to beat out the likes of Albania and Hungary to secure their spot in 2022. This will be Poland’s ninth appearance at the World Cup. They will certainly be hoping to improve on their performance in the previous edition of the competition, where they finished bottom of their group and lost two out of their three group games. Poland will fancy their chances of qualifying from this group and will know a positive result against Argentina or Mexico will go a long way to securing a spot in the knockout stages of the competition.

When looking at the Polish squad, there is one name that immediately stands out above the rest. Robert Lewandowski is that guy, someone who needs no introduction, and arguably one of the greatest marksmen of modern football. The Barcelona sharpshooter has scored an impressive 76 goals in 134 caps for Poland, making him the highest scorer in the country’s history. At 34 years of age, one would expect this to be Lewandowski’s last World Cup appearance. However, if he can continue the goalscoring form that he has shown so far this year, he has every chance of making his last World Cup a memorable one.

Biało-czerwoni or The White and Red as they are nicknamed will be under no illusions about the difficulty of their group. They also know that with the likes of Robert Lewandowski, Piotr Zieliński and Wojciech Szczęsny in their ranks they have more than enough star quality in their side to pip Mexico to qualification and take second place in Group C.

Mexico qualified after finishing second in the CONCACAF qualifying group to Canada on goal difference. The North American side currently ranked 13th in the world will be bullish about their chances going into the World Cup. Managed by former Barcelona and Argentina coach Gerardo Martino will be looking to get one over one of his former superstars in Lionel Messi, as the two teams clash in the second round of the group stage. Mexico knows that in order to qualify for the knockout stages of the competition they will need to get some kind of a result against both Saudi Arabia and Poland as beating Argentina in their current form could prove a bridge too far.

Whilst many may look towards the likes of Hirving ‘Chucky’ Lozano and Raúl Jiménez to provide goals for Mexico, Edson Álvarez’s performances may prove pivotal. Especially as El Tri looks to reach the knockout stages. Álvarez was a player heavily linked with a move to English side Chelsea during the summer transfer window. However, he remained at his current club Ajax and will be looking at the World Cup as an opportunity to showcase his talents on the global stage. The versatile Mexican usually plays in midfield as a defensive shield but is equally capable of operating as a centre back in a ball-playing role.

Mexico has an incredible record of qualifying for the knockout stages of the World Cup. They have reached the Round of 16 in each of the last seven iterations of the tournament. Unfortunately, against all the odds I am predicting this run to finally come to an end. Although Mexico has a number of quality players in their squad, the loss of Jesús Corona to injury just before the tournament could prove to be a massive blow to a side whose form has been patchy in international friendlies over the past couple of months. Although I expect Mexico to overcome Saudi Arabia, they may just fall short against the firepower of Lewandowski and Poland, ultimately finishing 3rd in group C.

Many may consider Saudi Arabia to be the weakest side in Group C. However, under the management of Frenchman Hervé Renard, Saudi Arabia beat out the likes of Australia and Japan to top their group and secure automatic qualification to Qatar. And in doing so proved that they have the capabilities to upset the odds. At a tournament like this, an advantage you can get becomes a significant one, and the side from the Middle East will be hoping their familiarity with conditions on and off the pitch will give them a slight edge over their opponents. This Saudi squad is likely to be picked entirely from players playing within Saudi Arabia, so there can definitely be no excuses when it comes to team chemistry.

In a team made up entirely of players based in Saudi Arabia, Salem Al-Dawsari is one name that stands out. The 31-year-old winger has had an interesting footballing career. He previously spent time at Villarreal in LaLiga in 2018, making 1 substitute appearance for the Spanish side. Since then, he has been a key player for Al-Hilal back in his homeland. After starring for his national side in qualification, scoring 7 times in 9 games, the Saudis will once again be reliant on Al-Dawsari if they are going to have any chance of causing an upset against the likes of Argentina, Mexico, and Poland.

As the 51st-ranked side in the world, many would call Saudi’s qualification to be an achievement on its own. Many also do not expect this team from the Middle East to pull up any trees in Qatar. Whilst I agree with those sentiments, I believe Saudi Arabia will be a more difficult challenge than people give them credit for. After beating Egypt at the World Cup in 2018, the Saudis will surely be looking to match or even better those achievements when they go up against Poland and Mexico, whilst viewing the game against group favourites Argentina almost as a “free hit.” Unfortunately, I am predicting Saudi Arabia to finish winless and bottom of Group C.

Argentina at -315. The South American side is definitely the standout side in group C, with quality players throughout their team, they should no problem backing up their tag as one of the pre-tournament favourites and I expect Argentina to qualify top with 3 wins from their 3 group games.

Poland to qualify at -110. A bit of a controversial one, especially considering Mexico are ranked higher than Poland in the World Rankings, but I am backing the Europeans and the phenomenal form of Robert Lewandowski to send his Polish side through to the knockout stages of the tournament.