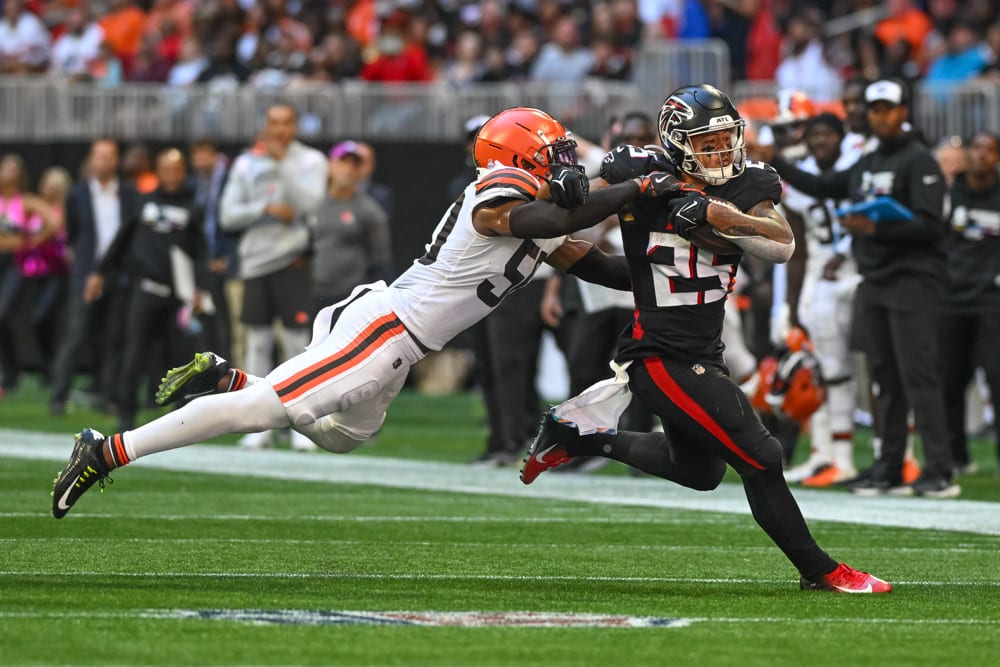 Four weeks of the NFL season are in the books and we have been given a large enough sample size to begin making some assumptions about how things will unfold. It’s also a big week for fantasy teams that are 0-4 or 1-3, as this could be their last chance to get back on track.

Playing the waiver wire can be key for these teams, or any for that matter, winning down the stretch of the season. Everyone misses on players in their fantasy draft, and injuries begin to pile up as well. Every year there are also players that weren’t on anyone’s fantasy radar who have key roles later on.

Acquiring these players can be key as you try to fill in those last couple of starting spots. In leagues that use FAAB (Free Agent Auction Budget) managing your budget is a key aspect as well. Spend too little and you will continually come up short on players, while spending to much will cause you to miss out on key contributors later. In this article, I will dive into some of the more popular waiver wire targets of the week, as well as what to spend on these players.

The percentages given reflect the percentage of the total budget you had to start the year. I also like to be different and bet $2 more than the percentage given to get an edge on other fantasy managers. For example, if I was going to spend 10% of my $100 budget on a player, I would bid $12 If I really wanted him. You’d be very surprised how many people bet in just flat increments of 10, 20, etc or that just go $1 over that. I’ve won plenty of waiver bids by a $1 using this strategy.

Tyler Allgeier would have been in this waiver column anyway, however, with the news that Cordarrellle Patterson has been placed on injured reserve, he becomes a priority. He racked up 104 total yards and finished the game with 8.4 yards per carry as well. He was highly efficient and likely was going to earn more touches regardless of Patterson’s injury status.

Patterson will miss at least four games and the Falcons will move forward with Allgeier and Caleb Huntley as their lead backs. While Huntley figures to receive a decent workload, Allgeier will likely receive the bulk of carries. Given the Falcons rank sixth in the NFL in rushing attempts, Allgeier should garner fantasy football flex consideration in Week Five. Given Patterson’s age and injury timeline as well, he’s my must-add of the week.

With Cordarrelle Patterson headed to IR out at least 4 weeks Tyler Allgeier becomes a top waiver pickup this week.

Raheem Mostert was the clear lead back over Chase Edmonds in this past Thursday night game against the Cincinnati Bengals. Edmonds did save his day with a touchdown. However, Mostert received 75% of the rushing attempts and 50% of the passing targets. He was much more effective on the ground as well averaging 4.6 yards per carry compared to Edmond’s 1.2. It’s tough to trust either player in lineups as of now as it appears to be a true timeshare.

Nonetheless, Mostert’s snap share has increased with every game this season, while Edmond’s has decreased each week. If this continues and Tua Tagovailoa returns to lead a powerful offense, Mostert could be very valuable down the stretch. He will be playing in positive game scripts with plenty of touchdown opportunities. Given the Running Back landscape you could do much worse and I still rank him as an RB3 going into Week Five.

George Pickens broke out this past Sunday with six catches for 102 yards. Given his talent and snap share the last few weeks, all Pickens needed was an opportunity. That opportunity came after Trubisky was benched during the game in favor of Kenny Pickett. Pickett targeted Pickens early and often and he should be the starting Quarterback for the Steelers moving forward.

I don’t like to overspend on Wide Receivers with my FAAB budget. Nonetheless, Pickens does have true difference-making ability and I would be willing to spend a decent portion of my Week Five FAAB allocation on him. Claypool has yet to do anything of note either this season leaving the WR2 role on the team completely open. If the passing attack can improve with Pickett under center Pickens could enter the WR3 conversation.

George Pickens had a 38% target share on Kenny Pickett pass attempts yesterday.
.
.
.
2nd the Jets at 23%

The news Monday morning that Javonte Williams suffered a torn ACL is absolutely devastating for him and fantasy managers. He will miss the rest of the season leaving Melvin Gordon and Mike Boone as the lead Running Back options in Denver. Gordon is likely owned already in your league, however, Boone did receive a good portion of snaps following William’s injury. Gordon fumbled for a fourth time this season as well which is likely very frustrating for the coaching staff.

Although Gordon is still the Running Back to own in this backfield, but Boone is worth a speculative add, particularly with bye weeks coming up. The Broncos have shown they like to use a committee that should yield opportunities for both backs. At the very least he becomes a high-end handcuff now and is a Gordon injury away from a significant role.

Based on recent usage, I have to assume that Mike Boone will be getting the third down work for the Broncos and honestly might prefer him to Melvin Gordon currently.

Isiah Pacheco continues to impress with his unique running style rushing 11 times for 63 yards in a win over the Tampa Bay Buccaneers. He’s very explosive and was consistently able to produce yards after contact. He’s still clearly operating behind Clyde Edwards-Helaire, who’s been impressive in his own right. Regardless he’s very talented and has earned a spot in this backfield rotation.

He’s another player that is impossible to plug in lineups right now but is one injury away from being a fantasy starter. CEH has shown little durability as well, missing significant time each of his first two seasons in the league. Considering this as well as the offense he’s in, Pacheco is a must-own handcuff in leagues with 12 teams or more.

give the backfield to isiah pacheco

It’s hard to believe we are at this point but here we are. Geno Smith ranks as the QB10 in fantasy scoring through the first four weeks of the NFL season. He has exceeded anyone’s wildest expectations outside of a poor week two performance against the San Fransico 49ers. I’m still not ranking him as a starter in 1QB formats. However, with injuries and bye weeks right around the corner, he’s worth a roster spot if you don’t have a locked-in starter. Don’t go overboard on spending though, as his talent is limited and he’s not a weekly starter yet.

Geno Smith now has the top grade for any QB in the NFL for the season by Pro Football Focus at 84.5. Next are Josh Allen, Jalen Hurts, Tua and Jacoby Brissett. If you’re curious, Denver’s starting QB is 24th.

Very quietly, Corey Davis is putting together a very impressive 2022 campaign. He’s caught 15 passes for 261 yards and two touchdowns. He ranks as the WR25 in PPR leagues and should be considered a low-ceiling flex option in PPR leagues. Davis was Wilson’s preferred target most of last season, and that chemistry showed this past Sunday. The reason for the low Week Five FAAB percentage is that there are so many productive Wide Receivers. I prefer to hold my FAAB budget for Running Backs and dealing with injuries later on in the year. However, if you’re desperate for a Wide Receiver I could understand spending more.

While his role will diminish some when Hunter Renfrow returns, Mack Hollins was still on the field for over 85% of plays with him on the field. He can’t be started when all the Raider’s weapons are healthy. Hollins has shown though he could have a big role if any of Renfrow, Davante Adams, or Darren Waller were to miss time.

The Tight End landscape is a disaster yet again. As everyone expected, Will Dissly is the TE8 in fantasy football on the year. He’s scored double-digit points in three of the team’s first four games, and given the lack of talent at the position is entering the weekly starter conversation. His fantasy performances will be dependent on Geno Smith, but he’s worth an add if you haven’t been able to find a consistent starter yet.

If Pete Carroll is a medieval play caller, then Arthur Smith is prehistoric