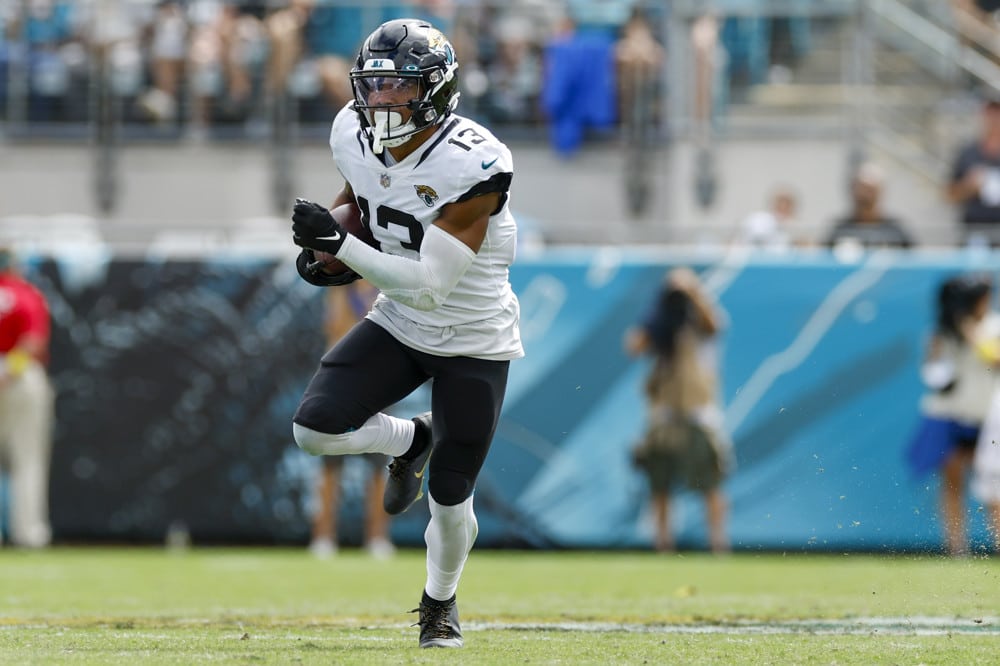 Week Two of the NFL season is in the books, and we are here with our Fantasy Football SGPN Rankings update for Week Three. This is one of the more difficult points of the season for fantasy managers. On one hand, you don’t want to overreact to just two weeks, but on the other, you also don’t want to miss the boat on some of these fantastic breakouts. Regardless, SGPN is here with expert analysis to help you navigate these tough questions. Check back daily as we will be putting out content and analysis every single day. Additionally, we will be providing SGPN rankings updates on a weekly basis and we will continue fine-tuning as the week progresses. Check out some of the biggest movers in our rankings below, and be sure to join our discord as well for all things fantasy football.

A couple more performances like he’s had and the Colts will owe Carson Wentz a written apology. Wentz has been one of the best fantasy Quarterbacks in the NFL over the first two weeks of the season. He ranks fourth in fantasy points per game and has been a decent NFL Quarterback as well. Wentz is 8th in yards per attempt, and 14th in both QBR and true completion percentage (Player Profiler). While these numbers aren’t spectacular, they are leaps and bounds better than many fantasy managers expected. He was going as a QB3 in drafts over the Summer, and likely wasn’t even selected in most. He’s been a fantastic fantasy play so far though, and he probably wasn’t even started in many leagues the first two weeks.

A key part of Wentz’s success up to this point has been the game scripts he’s been playing in. Between their first two games, the Commander’s defense is giving up 29 points per game and could be one of the worst in the league. Things don’t get any easier from here on out as they play the Philadelphia Eagles this weekend. The Eagles should score a lot of points, and Wentz will be asked to throw a lot to keep up. He has moved up to QB14 in our SGPN consensus, and it’s a huge boost from Week One, but it might not honestly be enough. He’s not a starter in 1QB formats yet, but play him with confidence in superflex leagues.

No player has fallen farther in our positional rankings than Travis Etienne from Week One to Week Three. He finds himself as merely a midtier RB3 in our SGPN Rankings Update, checking in as the RB33 overall. He’s still operating as the Jaguar’s back in key situations like passing downs and the two-minute offense. Nonetheless, I don’t think anyone expected James Robinson to be this successful right off the bat. While it’s hard to find any advanced metrics Robinson is standing out in, he’s been very productive. He has 147 all-purpose yards through two weeks and 3 touchdowns. His recovery has been nothing short of miraculous, and he’s the RB6 even in PPR fantasy leagues.

Unfortunately, this is all to the detriment of Etienne’s fantasy owners. There was always a chance that James Robinson was going to be heavily involved, however, this appears to be the worst-case scenario already. Without many rushing attempts, it’s hard to picture trusting Etienne as anything more than a fringe RB2 going forward. The Jaguars will still struggle on offense and scoring opportunities will be hard to come by. Furthermore, this appears to be a full-blown timeshare and you’ll be relying upon Etienne having significant work in the passing game. Not all is lost as he is still very talented. The breaks might need to be pumped on a breakout season though as long as Robinson remains healthy.

Christian Kirk finds himself as a massive riser in our latest SGPN rankings update. He’s been electric so far this season catching 12 passes for 195 yards and 2 touchdowns. Kirk is the WR16 in our consensus rankings, and I have him lowest at WR19 overall. It’s nothing against Kirk as a player, but I think this could be a tough matchup for the Jaguars this week. The Charger’s defense had success the first two weeks this year against two of the better offenses in the NFL. The Jaguars are a far cry from that and could struggle with Los Angeles’ premier pass rushers.

Furthermore, Lawrence was ranked 30th in pressurized accuracy rating last season, which could make Khalil Mack paired with Joey Bosa a problem (Player Profiler). Due to this, I have him ranked a little lower this week, but it wouldn’t shock me at all to see him pile up catches in a positive game script. However, Kirk is midtier WR2 in my rest of season rankings though and the sky is the limit.

Tyler Higbee has been a fantastic surprise in what once again is an absolutely desolate Tight End landscape. With most of the low-tier TE1s struggling as they do every year, Higbee has caught 12 passes for 110 yards, good for TE7 on the year in PPR leagues. He also has a 26.3% target share through two weeks which is elite for a Tight End (Player Profiler). The only thing Higbee is missing is a touchdown reception, but that will surely come as this offense gains its footing.

Instead of chasing the Tight Ends who have gotten lucky the first couple of weeks, I’m going to go after targets and a player in a great offense. He won’t ever climb into the elite tier of Tight Ends, but his volume alone will put him in the low TE1 conversation. In our latest SGPN rankings update, Higbee is the TE10 overall. You may have a better option if you selected a Tight End early, but he’s a great choice otherwise. Start him with confidence this week in what should be a high-scoring matchup with Arizona.