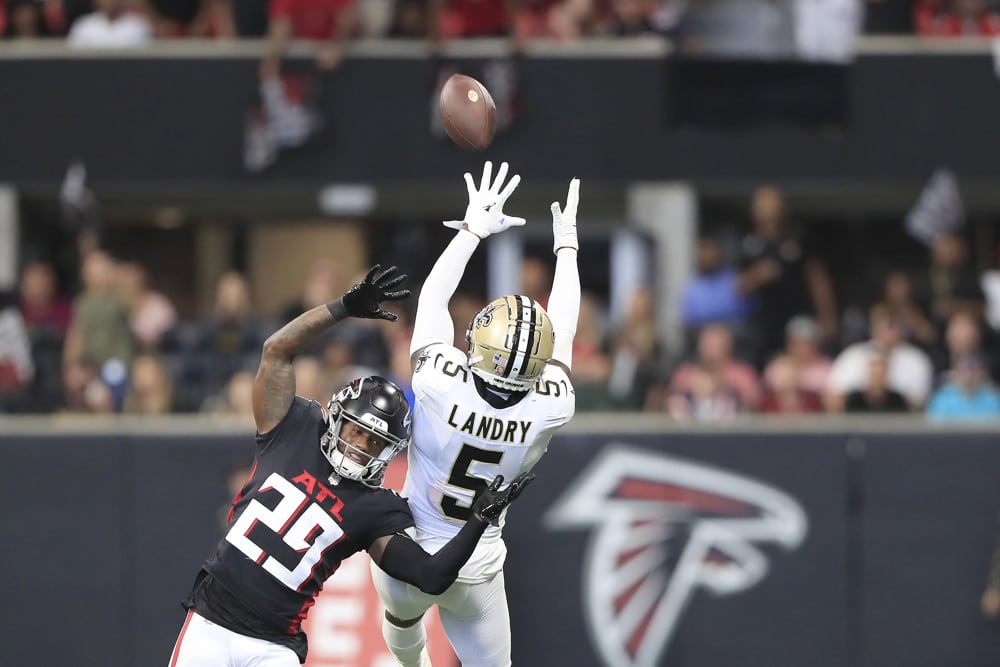 ATLANTA, GA – SEPTEMBER 11: New Orleans Saints wide receiver Jarvis Landry (5) leaps for a catch during the Week 1 NFL game between the New Orleans Saints and the Atlanta Falcons on Septermber 11, 2022 at the Mercedes-Benz Stadium in Atlanta, Georgia.(Photo by David J. Griffin/Icon Sportswire)

In today’s episode of the SGPN fantasy football podcast, Emerson Beery (@Dynasty_Analyst) is joined by Tim Riley (@FF_Reez) to talk Week One and Underdog daily fantasy football. They specifically get into the Underdog Fantasy Battle Royale for week two and some of their favorite values. In addition, they debate some of the more polarizing players in fantasy as well as the ramifications for last night’s thrilling Los Angeles Chargers and Kansas City Chief game.