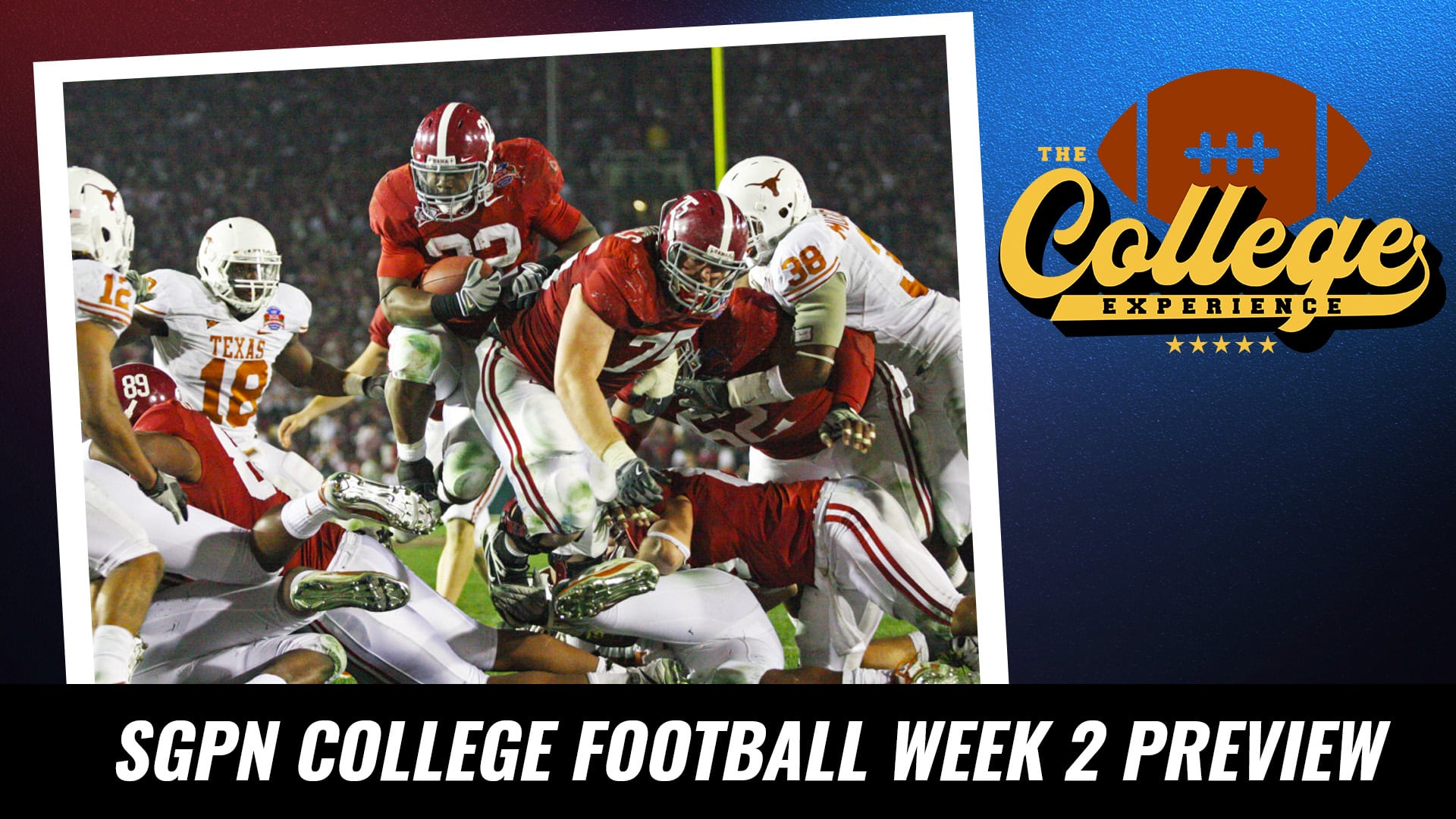 The College Football Experience (@TCEonSGPN) on the Sports Gambling Podcast Network previews the upcoming Week 2 slate of the college football season. Pick Dundee aka (@TheColbyD), Patty C (@PattyC831) & NC Nick (@NC_NicK) break down each and every game on the slate and key in on who they think will win and who exactly you should be betting on. Plus, the guys give out their top plays for the weekend.

Will Bryce Young and the Alabama Crimson Tide light up the Texas Longhorns in Austin, Texas? Can Boston College grab a huge conference road win in Blacksburg against Grant Wells and Virginia Tech? Will Jaren Hall the BYU Cougars get revenge on the Baylor Bears in Provo, Utah? Will Lincoln Riley win his first Pac 12 game in Palo Alto against David Shaw and the Stanford Cardinals? What does the return of Sam Hartman mean for Wake Forest as they head into Nashville to take on Mike Wright and the Vanderbilt Commodores?

Will Herm Edwards and the Arizona State Sun Devils be a live dog on the road in Stillwater, Oklahoma against Spencer Sanders and Oklahoma State? Can Will Levis give the Kentucky Wildcats their 2nd road win in Gainesville, Florida in the past 3 matchups in the Swamp? Could the Kansas Jayhawks and Jalon Daniels be a live dog on the road in Morgantown against JT Daniels and the Mountaineers? Will Hugh Freeze and the Liberty Flames avoid a loss at home against a tough UAB Blazers team?

Will Brennan Armstrong and the Virginia Cavaliers light up the Illinois defense yet again? Can Matt Campbell and Iowa State win their first Cyhawk trophy in Iowa City against Spencer Petras and the Iowa Hawkeyes? Could Cameron Ward and the Washington State Cougars give the Wisconsin Badgers a game in Madison? Will Hendon Hooker and the Tennessee Vols get revenge on Kedon Slovis and the Pittsburgh Panthers?

Will Karl Dorrell somehow find a way to get a much needed win on the road in Colorado Springs against a good Air Force Falcons football team? Could Chase Brice and the Appalachian State Mountaineers be a live dog in College Station, Texas against the Aggies? Is Oregon State and Fresno State perhaps one of the best games of the day? Will Mike Elko move to 2-0 on the road in Evanston against Northwestern? We talk it all and more on this Week 2 edition of The College Football Experience.