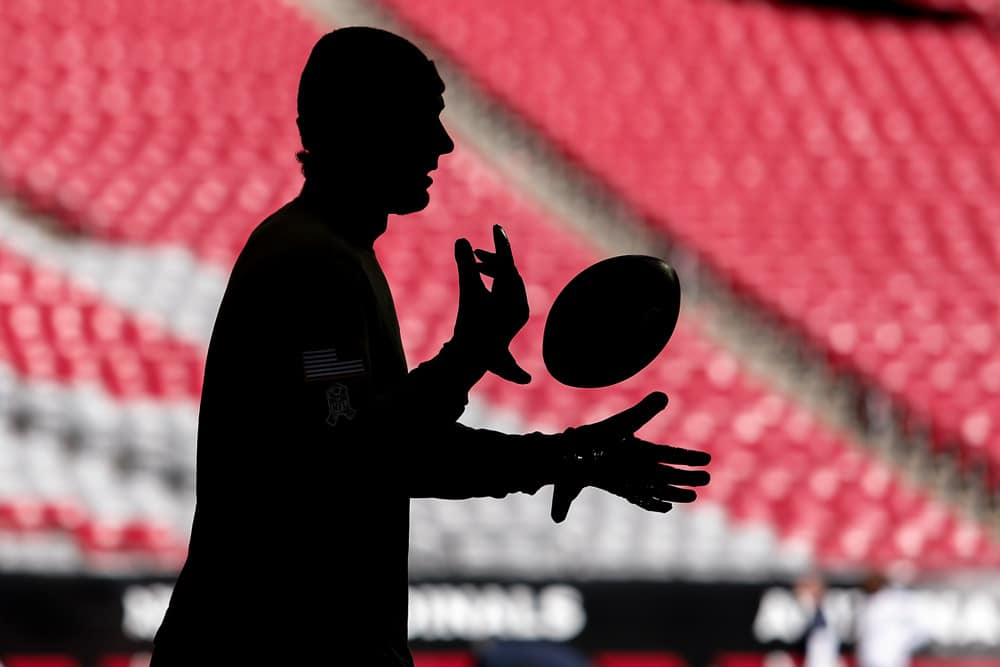 Fantasy Football Bold Takes. Every year, fantasy football “experts” put them out. It’s one of the most fun times of the season because it’s the one opportunity you have to lay out a take without dealing with the consequences of the Twittersphere for being “wrong.” I put out some bold takes last year and did pretty well. Let’s review:

Derek Carr will be a top 10 QB

Joe Mixon will lead all RBs in touches

He finished third among RBs behind Jonathan Taylor and Najee Harris.

Mike Williams will be a WR1

In most scoring formats, he was in the ten range.

Maybe this isn’t the boldest of takes. Last season he finished 5th in yardage behind Brady, Herbert, Stafford, and Mahomes. In a season where Carr had Darren Waller for only 11 games and had to lean on Hunter Renfrow all season, to see the finished 5th in yardage was absolutely crazy to me. His leading receiver had only 1038 yards. Bring in Davante Adams, Darren Waller healthy, and Hunter Renfrow running the slot, I just see an opportunity ripe for the taking to be the league leader in passing yards and a potential MVP candidate.

Every one of these teams ranked in the top 12 in passing TDs as well, with 12, 8, 8, 9, and 7, respectively. Insert Russel Wilson. Over Russ’ career, he has averaged the 9th ranked passing offense. Oddly close. I believe, and even Melvin Gordon believes, Javonte Williams is the primary back on the team, and he should smash the competition.

WR Bold Take – Allen Robinson will be the WR1 overall

If I’m honest, I almost changed this with the Matthew Stafford elbow news, but I’m sticking to my guns. WR1 overall over the past five seasons:

Okay, so based on the above, yardage and catches vary, but the key is they were all top 3 in TD totals. Yes, they need to have some baseline of catches and yardage, so let’s set those at the average. So in order to be a frontrunner for the WR1 overall, here is the proposed statline:

So he needs to see roughly 30 more catches, 230 more yards, and four more TDs to be considered.

Insert Matthew Stafford, who in his first year with Cooper Kupp improved on his average stats by over double in all categories to include receptions, yardage, first downs, and touchdowns. I believe Kupp will regress closer to his mean, and Allen Robinson will be the defacto leading receiver in Los Angeles. Our man Scott Simpson believes he is a target as well; read his article here.

This is a little bit of a regression take, but for a guy who is coming off the board as the TE9 in redraft just doesn’t sit well with me and screams VALUE!

4th in Fantasy Points per Game

ONLY 3 touchdowns with Arizona!

If he stays on par with everything else, which with no DeAndre Hopkins he should, he is an absolute smash and should return to his top-tier TE status.