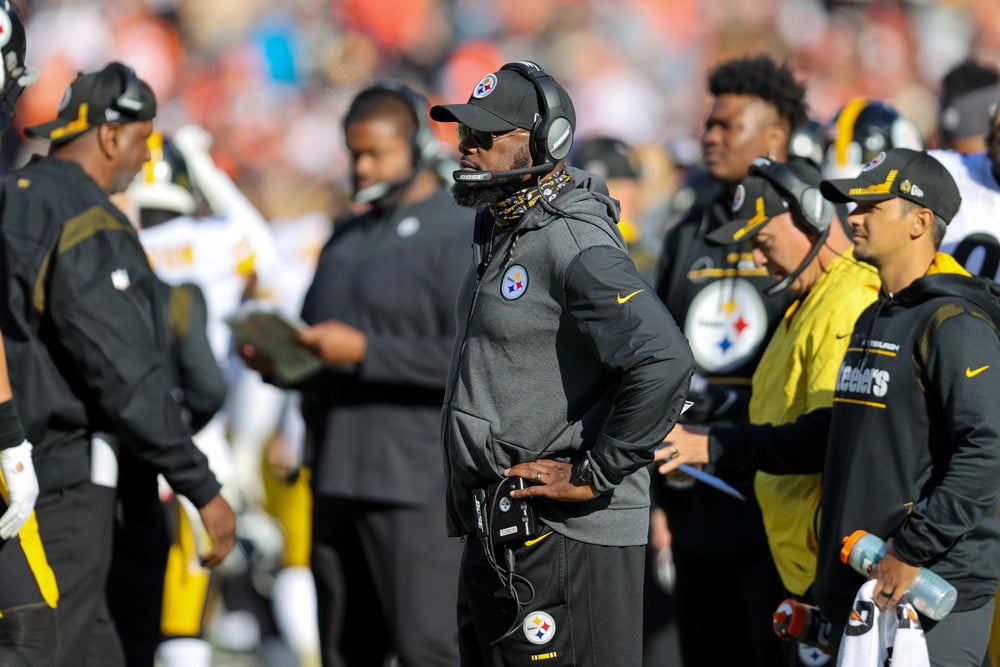 The NFL season is quickly approaching! This is wonderful news for all football fans. Now is the time of year to place all of your future bets and give yourself something to constantly keep an eye on for the entire season. There are many great ways to have future bets out there. Player props and Super Bowl winners are a few fun ones.

Today we’ll take a look at the 2022 AFC North division and each team’s win totals, give an over or under play for each and see where the best value is on one of the toughest divisions in all of football. The Cincinnati Bengals won the division last year with a record of 10-7 En route to a berth in the Super Bowl. However, the last three seasons in a row, it’s been a different winner of the AFC North division. All lines are courtesy of WynnBet.

Joe Burrow had the @RocketMortgage #CompetitiveEdge to lead the @Bengals to the Super Bowl. pic.twitter.com/wR5d4uS6sh

In 2021 the Ravens were favored to win the division and 11 games. However, injury struck early and often for this team. Starting RB J.K Dobbins as well as backup Gus Edwards were both lost very early on. WRs Rashod Bateman and Sammy Watkins missed games. Star Defensive Back Marcus Peters missed the season. Former MVP starting QB Lamar Jackson missed a few, with Tyler Huntley having to start in his place. Despite all of this and finishing last in the AFC North, the Ravens still won 8 games on the season.

Now in 2022, once again, they are the favorites to win the division for very good reason. Starting with Defense, a fresh new Defensive Coordinator with Don Martindale out and Mike McDonald in. Safety Marcus Williams agreed to a 5-year contract extension; then the team drafted Kyle Hamilton (my pick for rookie of the year) and LB David Ojabo in the 2nd round. On offense, Marquise “Hollywood” Brown departs, but J.K Dobbins should be ready at or near the start of the season.

Rookie Tyler Linderbaum comes into shore up a solid O-line, and Quarterback Lamar Jackson is negotiating a new deal as he enters the final year of his current deal, which will do nothing but motivate the MVP candidate (+1800), who is also his own agent. Lamar is going to ball out and show this team and the league why he should be paid. While I love the team total over, this team is worthy of a bet to win it all! (+1800)

In 2021 the Cincinnati Bengals were coming off a 4-11 season to forget as the #1 overall pick. Quarterback Joe Burrow suffered a season-ending injury after looking good to start the season. Their 2021 win total was set at 6.5, and the Bengals shocked just about everyone.

A 10-7 record was good enough for the AFC North banner, and then the Bengals ran through the AFC side of the playoffs beating the Kansas City Chiefs in the AFC Championship and falling just short to the LA Rams 23-20 in the Super Bowl.

Now entering 2022, the Cincinnati Bengals know their offense is already loaded, focused big on the defensive side in the draft. With only six picks this year, five of those were on the defensive side of the ball. Head coach Zac Taylor got a 5-year contract extension. The team also addressed the O-line issues in free agency, bringing in Alex Kappa and Ted Karras.

However, the Super Bowl hangover is a real thing. In three of the last six seasons, the loser of the Super Bowl has completely missed the playoffs the following season. With as tough as this division is and their first-place schedule. I’m down on the Bengals this year and don’t think there is enough value in them to win the division (+185).

The 2021 Cleveland Browns were hyped up, big time. An over-under 10.5 wins and the second favorites to win their division. Offensive stars Baker Mayfield, Nick Chubb, Kareem Hunt, and Jarvis Landry all missed games due to injury. Odell Beckham Jr was released a few games into the season. Somehow the Browns still managed to get eight wins, only good enough for third in the AFC North.

The 2022 Cleveland Browns. Have been the story of all stories. Jarvis Landry is released, then Amari Cooper is acquired from the Dallas Cowboys. On March 15th, the blockbuster trade for Quarterback Deshaun Watson happens. Running back D’ernest Johnson re-signs, as does Tight End David Njoku. At the time of writing this, Watson is suspended for the first six games of the season, but the NFL has appealed and wants that suspension to be longer.

Will Watson play at all? Will Watson play all the games? These are the questions that linger. Now Running Back, Kareem Hunt has requested a trade from the team. No thank you on any overs or futures for the division or more with this disaster. My suggestion would be to avoid this team altogether with all the uncertainty.

George Pickens is ready to dominate in Year 1 ⭐️

The 2021 Pittsburgh Steelers were picked to be third best in the AFC North with an over/under of 8.5 wins. It was Ben Roethlisberger‘s swan song, and he, yet again, like this Steelers team, usually does beat expectations. Not by much, but a 9-7-1 record was good enough for second in the division and a wild card berth in the playoffs.

2022, the start of a new era for the Steelers. Big Ben has been the starting Quarterback since he was drafted in the first round of the 2004 NFL draft. Now the 2-time Super Bowl Champion and shoo-in Hall-of-Famer has hung up the cleats. University of Pittsburgh Quarterback Kenny Pickett fell to the Steelers in the draft, and the team signed former Bears starter Mitch Tribisky.

Trubisky spent last year as the backup to superstar Josh Allen in Buffalo. While not yet officially named the starter, it appears the job will be Tribisky’s. Dionte Johnson signed an extension and added rookie Wide Receiver George Pickens.

Head coach Mike Tomlin, who is only the third Head Coach for this team since 1969, has never won less than eight games in each of his seasons since taking over in 2011. Even with quarterbacks named “Duck” starting for him, Tomlin and this team are the model of NFL consistency and my favorite team to bet on each year. Way too much value here not to take them to win the division, and their win total over is my lock play.